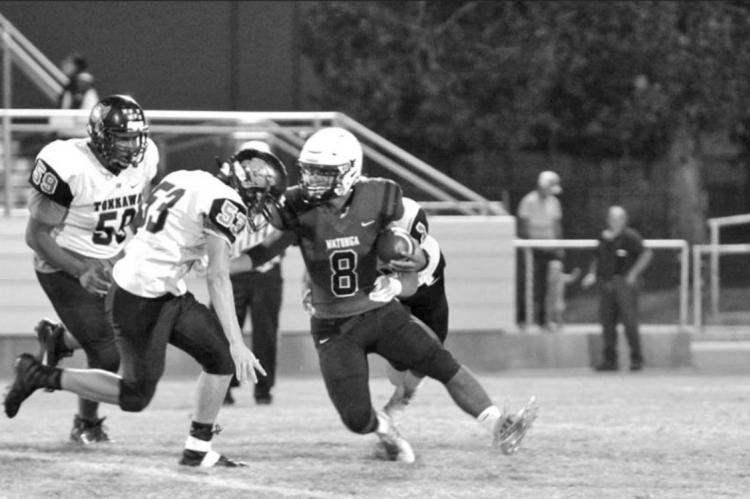 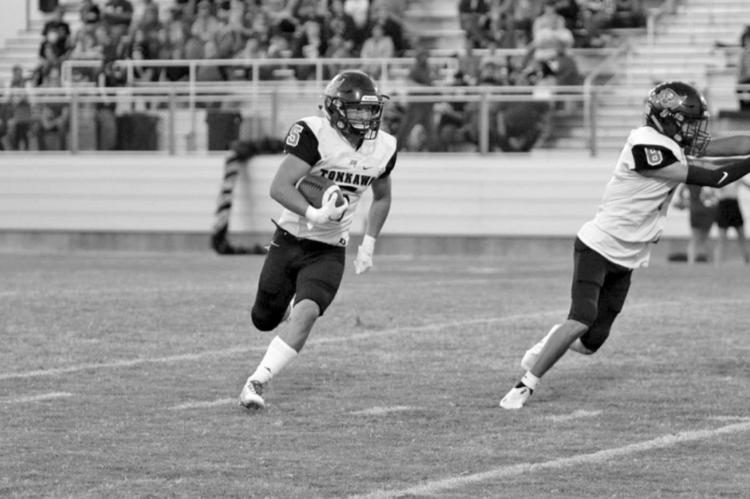 At least about the outcome.

Not after the first series, the second or even the fourth.

You see, Tonkawa scored the first four times it had the ball -- five of the first six in the first half -- and coasted to a 41-7 Friday night win over District A-3 rival Watonga.

Senior tailback Tristan Burdick ran for 178 yards on 18 carries and scored from five, 2 and 60 yards. He also caught a 27 yard TD pass from freshman quarterback Ryan Morgan, who had his best passing night of the season so far -- just one of three TD throws for the night. Morgan was 5-9 passing

While the offense was racking up the points, it was the defense that shined.

Noah Campbell set up the first Buc TD on an interception. Burdick would get one later in the second quarter.

Campbell led the defense with 15 tackles.

Jake Morgan, who is always around the ball on kickoff return defense, had 11 tackles, five pass hurries, a pass tip and was in on two tackles behind the line of scrimmage. He and Fireshaker Davis were in the quarterback’s face all night, as well as Dante Mendoza and Miccael Brown.

Davis got the only fumble recovery of the night on a kickoff return when Nathan Anderson knocked the ball out of the returner’s hands. That set up the 27 yard TD aerial from Morgan to Burdick.

More importantly, the Buc defense allowed the Eagles a net 22 yards and three first downs rushing the entire first half.

After Burdick’s first TD run of five yards after Campbell’s interception, placekicker Carson Robinson would make his final PAT kick of the night. Robinson left the game late in the first half with a season-ending knee injury.

Tonkawa went up 13-0 on their next possession, going 57 yards in 7 plays with Burdick scoring from two yards away. The PAT pass failed.

It was 21-0 after a 47 yard, 11 play drive when Morgan hit Randall for 12 yards and the TD on fourth down. Burdick ran for the two points. The Burdick 27 yard pass

The Burdick 27 yard pass catch from Morgan at the 5:32 mark of the second quarter put Tonkawa up 29-0 following Davis’ kickoff return fumble recovery. Randall caught a pass from Morgan for the two points.

On the first play of the third quarter Burdick broke loose for a 60 yard touchdown run.The kick failed, but the Bucs were up 35-0.

With the help of some key penalties, Watonga was able to score late in the third quarter. They managed to get to the Buc 17 yard line on a drive after Burdick’s long TD run, but were turned away by Tonkawa defenders. That was the only other time Watonga got anywhere near scoring position.

The final Buc touchdown came on a 60 yard drive in three plays after the Eagle TD. Randall caught a 37 yard pass from Morgan to make the final 41-7 victory margin. The PAT kick failed.

While Watonga chose not to punt all night, Tonkawa’s punter Brendan Ochoa boomed kicks of 54 and 51 yards in the game.

Brown, Mendoza, Jake Morgan, Davis, Campbell, Ochoa and Anderson were all in on tackles behind the line of scrimmage.