Some Oklahomans were stars in World Series

By David Miller David@poncacitynews.com
Time to read
4 minutes
Print
a- a+
Published 2 months ago
Last updated 2 months ago
Read so far
In-page image(s) 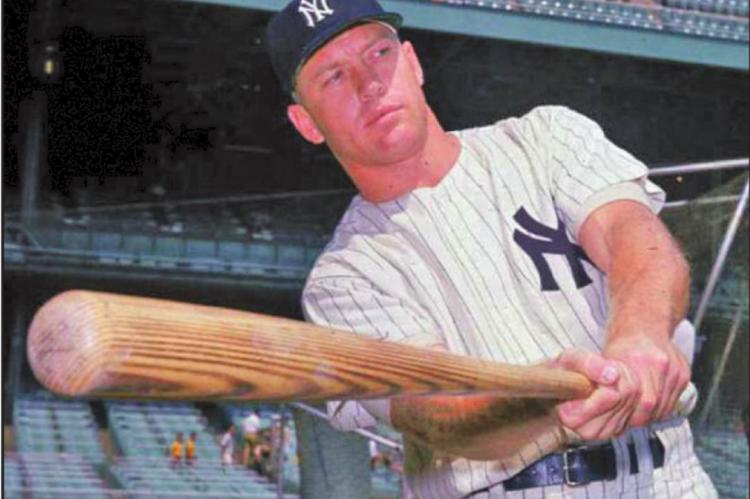 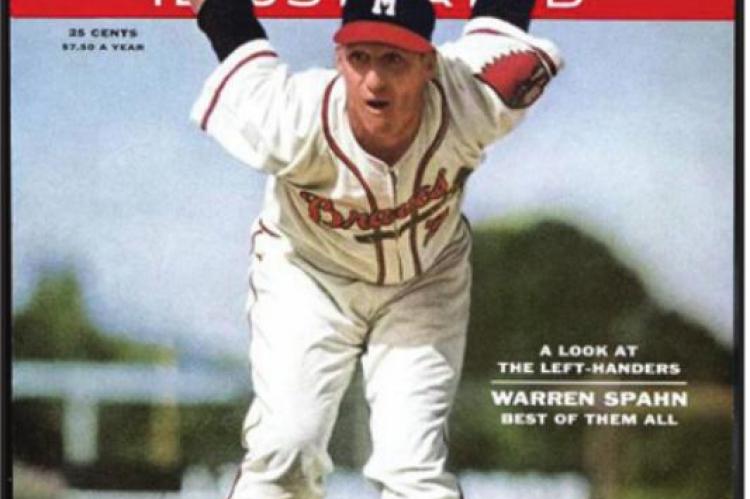 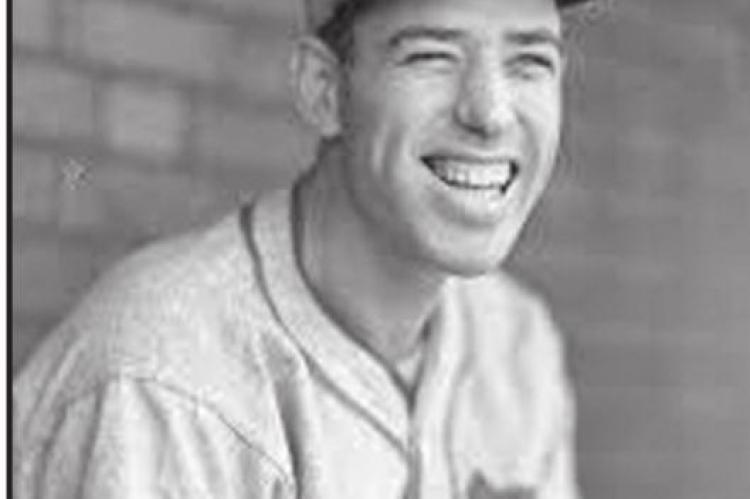 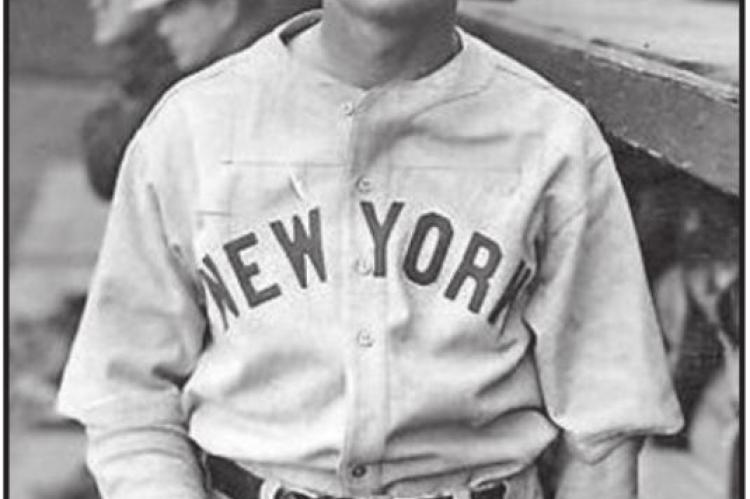 Once again I am turning to the marvelous resource “Glory Days of Summer--the History of Baseball in Oklahoma” in putting this piece together.

In the book is a listing of what the authors feel are the greatest World Series performances by baseball players with Oklahoma ties. Remember, this is just one publication’s opinion and doesn’t include more recent events. The book was copywriten in 1999, which is just fine for me. My interest has waned a little bit since that time.

Addressing each, one by one, I am happy to start with Mantle. There is no doubt in my mind that Mantle and Warren Spahn were the two greatest baseball players to have Oklahoma connections. There were others, including Johnny Bench and Paul Waner, who are worthy of mention, but I am partial to Mantle and Spahn. Mantle had great World Series performances. Spahn’s weren’t so notable.

Mantle is cited for his career efforts in the Series. He hit 18 home runs in World Series games, more than any other player. He also holds the career mark for runs, RBIs, walks and strikeouts. Part of his success in career statistics comes from his having played in a bunch of games. Mantle participated in 12 World Series and played in 65 Series games. He did have a great Series in 1960 against the Pittsburgh Pirates when he hit .400 with three home runs and 11 RBIs. Unfortunately, Pittsburgh won the event when Bill Mazeroski hit his walk off home run in the seventh game. In 1953, Mantle hit game winning home runs twice against Brooklyn.

John “Pepper” Martin had a great World Series in 1931 when he batted .500 with a home run and four doubles among his 12 hits. Martin has the best career batting average in WS games, hitting .418 in 15 games. Pepper was also well known especially for his base running in the 1934 Series, as part of the St. Louis Cardinals’ “Gas House Gang.” He had some ties to the Ponca City area as a couple of people have told me they saw him kicking a football at Ponca City Dodgers games. He was a football player and I’m told he was a member of the Hominy Indian football team that played, and defeated, the New York Giants in a game in Osage County. By the way, my Mother, who knew very little about baseball, always said Pepper Martin was her favorite player. The fact that her maiden name was Martin may have had something to do with her choice.

Joe Carter hit a walk off home run to end the 1993 World Series. He was from Oklahoma City and his homer gave Toronto its only Series win.

Allie Reynolds is mentioned for his career totals of seven wins and four saves in 15 pitching performances. Reynolds is second only to Whitey Ford in number of wins. His name is especially familiar in this part of the state as he played college baseball at Oklahoma State and the old baseball stadium at OSU was named in his honor. One of my prized possessions is a baseball autographed by Reynolds, a gift from my late friend Ken Slavin.

Harry Brecheen had a big World Series in 1946 for the St. Louis Cardinals. This was about four years before I started listening to the Series on radio. He won three games in the 1946 Series and was the first left hander to achieve that distinction. I do remember Brecheen as a player for the Cardinals in 1952 and the Browns in 1953. He stayed with the Browns as they moved to Baltimore in 1954 and served as the Orioles’ pitching coach for many years. He helped develop a lot of young pitchers for Baltimore during his tenure. He was born in Broken Bow and at his death in 2004 he lived in Bethany. He was small in stature and earned the nickname “The Cat” for his ability to field his position.

Ralph Terry, who came from Chelsea, had a big World Series in 1962, striking out 16 batters in 25 innings. He lost in Game 2, but came back to win Games 5 and 7. He was named Series MVP which helped erase the stigma of having given up Mazeroski’s home run in 1960. Terry’s birthplace was Big Cabin, a wide spot in the road in NE Oklahoma.

Darrell Porter was one of my favorite players when he was with the Kansas City Royals. He had a big World Series in 1982 for the St. Louis Cardinals, who defeated Milwaukee that year. Porter was 8 for 28 and he was largely responsible for the Cards winning Game 2 after having dropped Game 1 10-0.

Mike Moore won two games and (surprise) hit a double that drove home two runs to help win a game in the 1989 World Series. Moore was from Carnegie and played college baseball at Oral Roberts University.

Paul Blair hit .474 in the 1970 World Series as Baltimore defeated Cincinnati. Blair accounted for eight of Baltimore’s 33 runs, scoring five and driving home three. Blair was born in Cushing, but played high school sports in California. He was known as a good fielding center fielder, but his hitting wasn’t always robust.

Milt Wilcox won the pivotal Game 5 of the 1984 Series for the Detroit Tigers over San Diego. Wilcox was born in Hawaii, but played minor league in Tulsa.

Other good performances by players with Oklahoma ties include the Dean brothers, Dizzy and Paul, in the 1934 World Series. Dizzy won two games and Paul had the other two Cardinals’ victories. Paul actually had a better Series than Hall-of-Famer Dizzy. Paul was 2-0 with an ERA of 1.00 while Dizzy was 2-1 with an ERA of 1.73. That was the year that the Dean brothers pitched both ends of a doubleheader. Dizzy pitched the first game and allowed only three hits. Paul threw a no-hitter in the second game. “I wish I had know’d that Paul was going to throw a no-hitter,” Dizzy was reported as having said. “I’d have pitched one too.”

Wilcy Moore had a couple of good Series pitching for the New York Yankees. Moore was 1-0 with an ERA of 0.84 in the 1927 World Series to help one of the greatest teams ever assembled to sweep Pittsburgh in four games. Moore also had a save that year. Another Oklahoman, Lloyd Waner batted .400 for the losing Pirates. Moore also won a pivotal game over the Chicago Cubs in 1932. Moore was born in Texas, but lived much of his life in Oklahoma. He died in Hollis in 1963.

Jesse Barnes, who hailed from Perkins, won two games in 1921 with the New York Giants. Barnes had an ERA of 1.65 in that Series.

Carl Mays, who threw underhand, was one of the Boston Red Sox’ top pitcher in 1916. Another Red Sox pitcher that year was Babe Ruth. Ruth had an outstanding Series, but so did Mays. Both pitchers won two games as the Red Sox topped the Cubs in five games. Mays’ ERA was 1.00. Mays was from Kingfisher and is known as the pitcher who threw the only pitch to claim the life of a batter. Mays’ pitch hit Ray Chapman of Cleveland in the head during a game on Aug. 16, 1920. Chapman was taken to a hospital and died the next day.

It is fun to hash and rehash prominent Oklahoma baseball players and some of their accomplishments. I do appreciate the contributions made by one of my favorite books.