By Jessica Windom Jessica@poncacitynews.co
Time to read
1 minute
Print
a- a+
Published 6 days ago
Last updated 6 days ago
Read so far
In-page image(s) 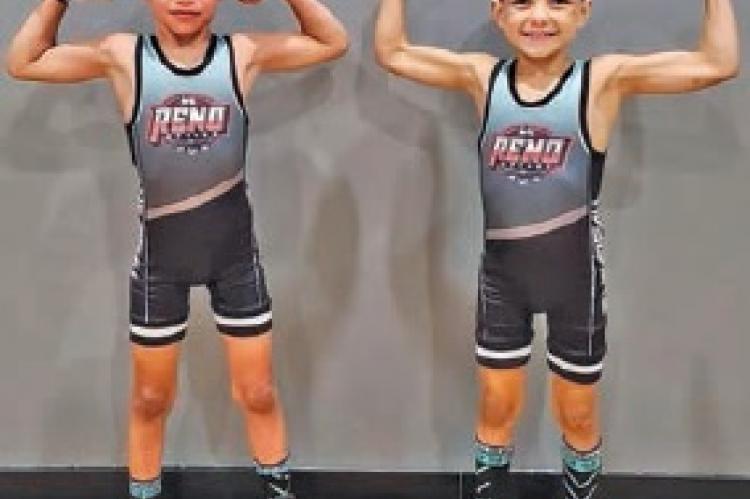 Rylan and Graham Sandoval, also known as “The Sandobros” have competed in tournaments from coast to coast in both individual and dual team tournaments. These brothers, Rylan,10 years old, and Graham, 8 years old, are both nationally ranked in youth wrestling. Their parents are Ray and Elaine Sandoval. Ray is the President of Ponca City Kids Wrestling Club.

Rylan Sandoval has been wrestling since he was four years old for Ponca City Kids Wrestling and he is a fivetime state champion. During the 2020 season he gave up zero points during all of his state matches, so not a single competitor was able to score on him.

Rylan is a two-time nationa l champion and he has p laced three times at the Tulsa Nationals. He was also a runner-up at the Reno Worlds in 2019 and 2020. He was ranked number one in the nation last season and he is a lso currently r anked as the number one youth wrestler in Oklahoma.

This young athlete was undefeated while wrestling for Team Oklahoma at the Virginia Beach Duals where he received the Outstanding Wrestler Award. Rylan has also received multiple All-American Awards and he most recently has been featured in a video interview for Mobbin' Media which just dropped this week.

I asked Rylan a few questions about his youth wrestling accomplishments and he shared a few things with me.

"Cash McClurg from California was my toughest match so far and that was at Tulsa Nationals last year. My favorite place to travel for a tournament is Virginia Beach. I wrestle at 55lbs. and I practice three to five nights a week. We go everywhere to practice and work with Coach Cline from Blackwell and also practice in Edmond and Ponca City," said Rylan Sandoval.

Graham Sandoval has been wrestling fo r two years with Ponca City Kids Wrestling. He is a two-time state champion and is also a Tulsa Nationals placer.

He came in third place at the Reno Worlds in 2020 and he is ranked number four in the nation. Graham is also a Dual State Outstanding Wrestler Recipient.

I also spoke with Graham and he let me know a few things about him as a wrestler.

“I look up to my brother in the sport of wrestling and my toughest match was against Richie Flores from Pomona Elite out of Colorado, at the Tulsa Nationals. That was my first time to compete there. I wrestle at 49 lbs. and my favorite place to travel for tournaments is also Virginia Beach. I do like to fly, but I don’t like getting sick when we fly,” said Graham Sandoval.

These extremely talented brothers will be representing Ponca City on Team Oklahoma at the Virginia Beach Duals again in December. “The Sandobros” are also both “A” students. 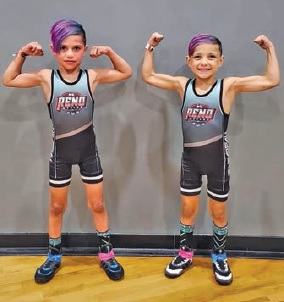