Morikawa’s moment after the first round 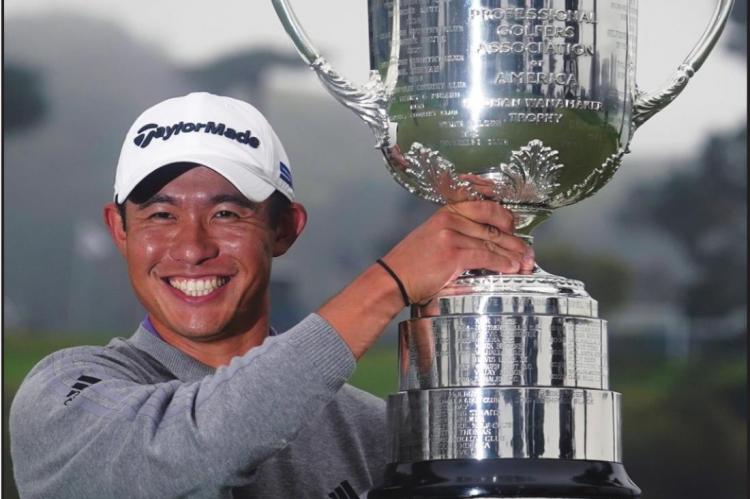 If all you saw were the highlights of how Collin Morikawa beat back the biggest names in golf and walked off with the PGA Championship, you’d conclude he did it the old-fashioned way.

The 23-year-old Californian delivered a 6-under 64 in the final round, including a signature shot that fans will be talking about for decades. He hit more fairways and greens, and picked up more strokes with the putter over four days than anyone else in the field. He even arrived at TPC Harding Park with some built-in advantages, in top form after winning twice on tour during this re-jiggered season, and he knew the course well from his days playing college golf at nearby Cal-Berkeley.

He parlayed all that into a two-shot victory Sunday over third-round leader Dustin Johnson and Paul Casey. Two-time defending champion Brooks Koepka talked a good game, but crashed in his effort to three-peat with an uncharacteristic closing 74. After a turn-back-thepage opening round, Tiger Woods finished tied for 37th, feeling all of his 44 years and heading home before the fireworks on the back nine exploded.

What Morikawa said afterward sounded familiar, too. Asked whether he expected to win his first major this soon, he looked puzzled for the first time all day.

“Of course,” he began. “Why not? If you believe in yourself — and I believe I can do it —why not have it as one of my goals?

“It’s crazy,” Morikawa added a moment later, “because it feels like this is where I’m supposed to be.”

Chalk that up to youth if you like, but something about this kid’s demeanor suggests that he’s built for the long haul. Like most of the current players at the top of the game, and many of the highly touted amateurs who’ve debuted on tour in recent years, Morikawa packs plenty of power.

But despite his limited experience, Morikawa also possesses one of the most complete all-around games on display at the moment, giving him the freedom to apply new solutions to the same old problems that derailed everyone else coming down the stretch.

By the tie Morikawa faced his third shot in front of the 14th green, there were seven names tied atop the leaderboard at 10-under, the kind of traffic jam that happens only every so often in a major.

The safe shot would have been a low-running chip to the ridge between him and the flag, hoping the ball trickled down close to the hole.

Instead, Morikawa opened up the blade of his 60-degree wedge and improvised a high-risk, high-spin variation that landed on that same ridge, grabbed the turf briefly and slid straight into the cup for the outright lead.

Two holes later, at the 294- yard, par-4 16th, Morikawa forgot about finesse and bombed a driver to within 7 feet of the flag. His only regret? No spectators on the course because of the COVID-19 pandemic meant he initially had no idea how good it turned out.