Make it seven in a row

Bucs come from behind for 15-14 Blackwell win 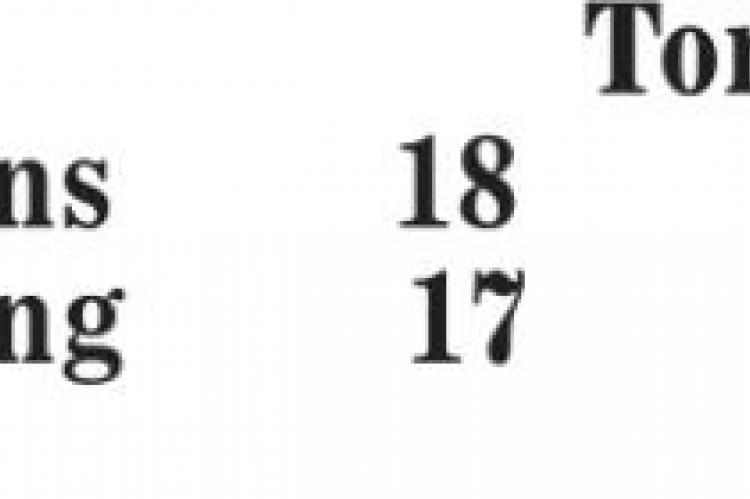 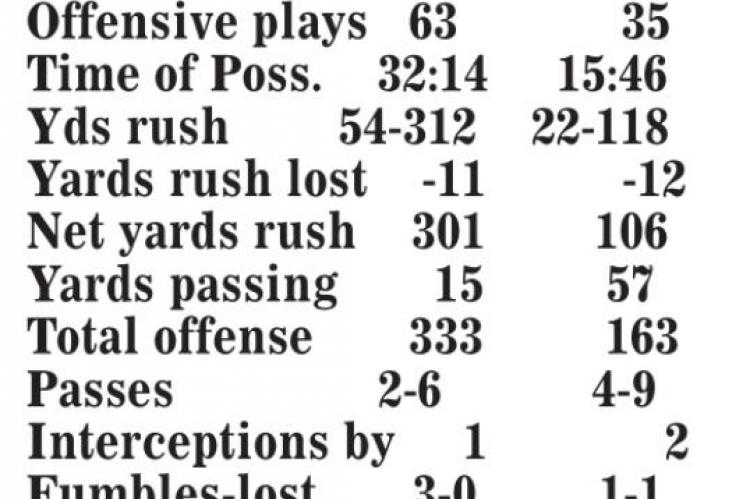 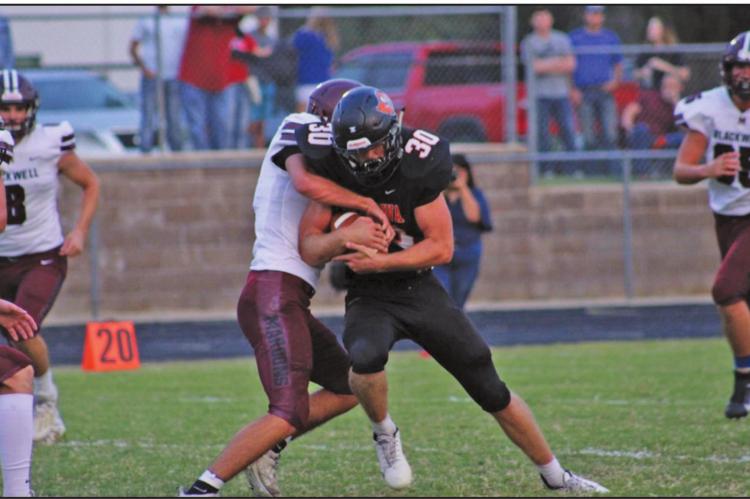 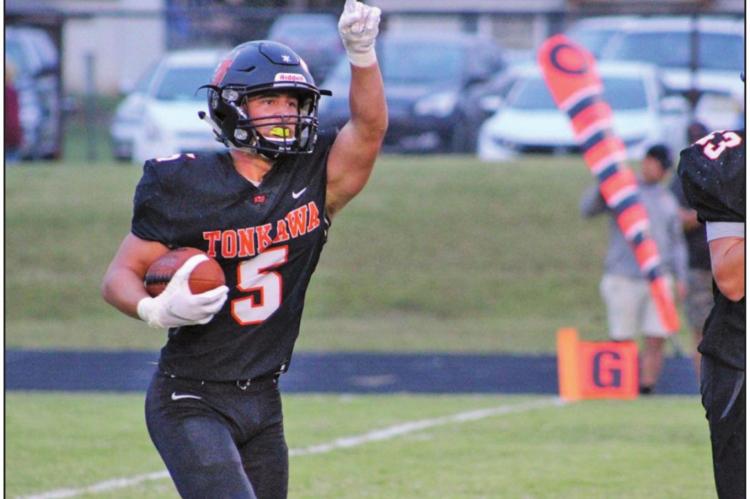 It’s been 22 years since Blackwell won two games in a row in a single season.

There won’t be a third win in a row.

Tonkawa came from behind twice to post a 15-14 win over the Chikaskia River rivals, the Bucs’ seventh in a row over the Maroons since the rivalry was renewed in 2014.

The game wasn’t as close as the score indicated.

Credit a ball-hogging Buc offense and a very stingy defense for the win.

The Maroons made their final first down of the game with a little over nine minuts left in the second quarter and were held to no pass completions and a mere 19 yards rushing the entire second half.

It was 14-8 at halftime but could have been worse had it not been for a goal-line stand by Tonkawa.

With 3:39 left in the second period, Bode Husted intercepted and returned the ball to the Buc one yard line.

On first and goal, Clay Massey and Noah Campbell were there to make the stop for no gain with help from Dante Mendoza and Miccael Brown.

Second and goal saw a five yard loss administered by Campbell and Jake Morgan. Then Mandoza and Tristan Burdick got the quarterback for another two yard loss. On fourth down, it was Carson Robinson, Jaidyn Guzman, Ryan Morgan, Nathan Anderson and Jake Randall there for the stop at the two yard line.

Campbell led the defense with 10 tackles. Randall picked up an interception, his fourth of the season.

Blackwell got on the board first with a 71 yard drive on a 34 yard TD run by Christian Mora. Worthy Shepherd hit Nat Hindman for the two point conversion, giving the Maroons the early 8-0 lead.

Shepherd, Blackwell’s talented quarterback, would leave the game early in the second quarter with a knee injury. While in the game he was 3-4-1 passing for 35 yards and ran the ball five times for 35 yards.

Working from their own 42, the Bucs just took six plays to cover the needed 58 yards with a 32 yard run by Burdick. Burdick would also run for the two point conversion. It knotted the game at 8-8 as the first period came to a close.

Burdick would finish the game with 258 yards on 38 carries.

The Maroons came right back behind reserve QB Tanner Botts to regain the lead 14-8. He hit Trevor Goodenough for the one yard scoring pass. The two point conversion was foiled by Burdick on a sack.

The two teams traded punts in the second quarter before the stellar Buc goal-line stand following Blackwell’s second interception of the game.

The third and fourth quarters belonged to Tonkawa.

After trading punts early in the third period, Tonkawa would put together its most impressive drive, going 76 yards in 15 plays and chewing up nearly eight mintutes of the game clock. The TD came on a four yard run by Burdick. Then Robinson booted the single point conversion that would end up being the winning point of the game. Burdick and Guzman handled a majority of the running chores.

The Bucs weren’t through yet. After forcing yet another Maroon punt, Tonkawa’s offense got new life with a roughing the punter penalty at their own 34. Three first downs later they were in scoring possession yet again with a first down at the Blackwell 11. Unfortunately, two straight muffed snaps and a failed fourth down pass attempt turned the ball back.

No worries. It was three downs and out. The Tonkawa defense forced the final Blackwell punt of the game.

Tonkawa took over at its own 35 with 3:44 left in the game. With Burdick’s continued strong runs and a fourth and two pickup by Guzman to the Blackwell 8, the Bucs were able to run out the clock.

The Game In Figures