Flu pandemic had impact on sports 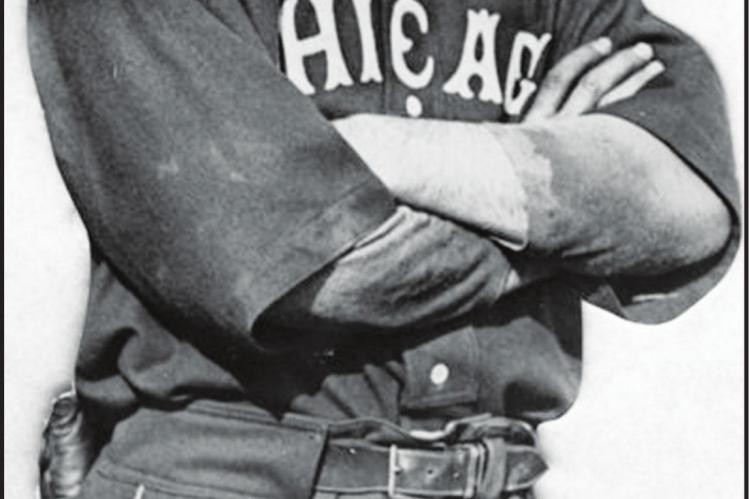 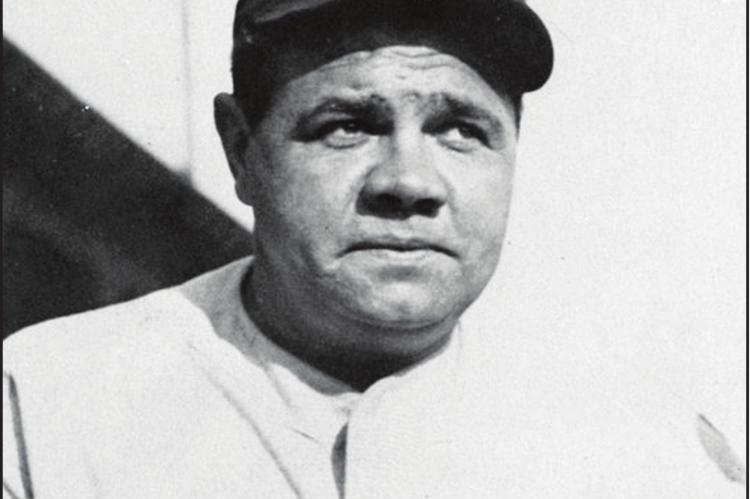 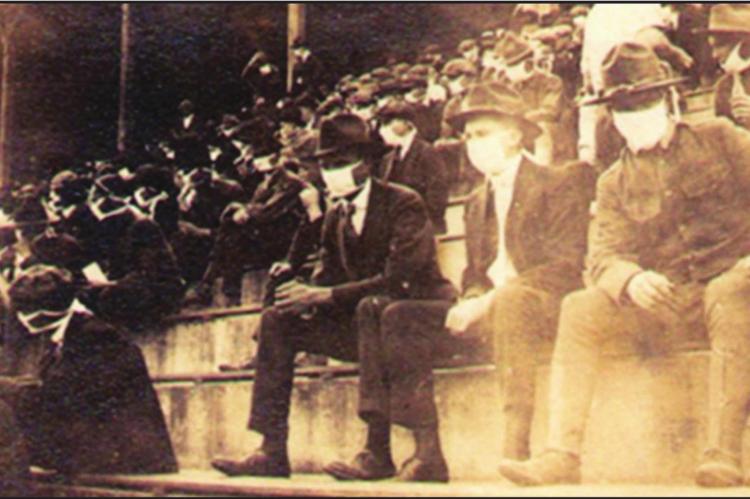 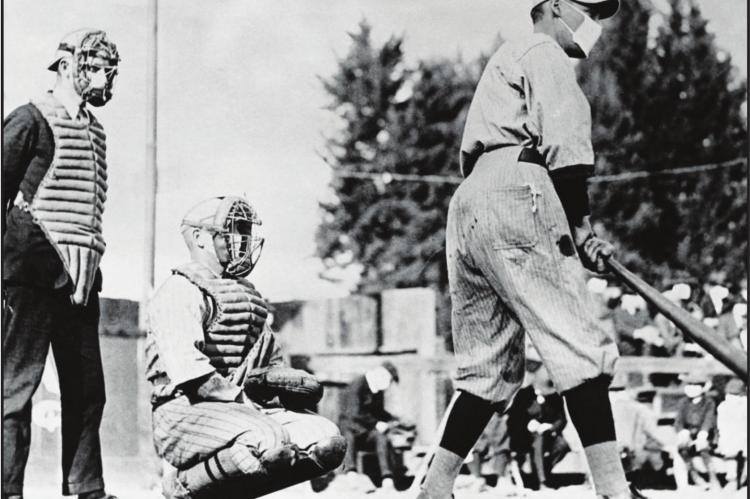 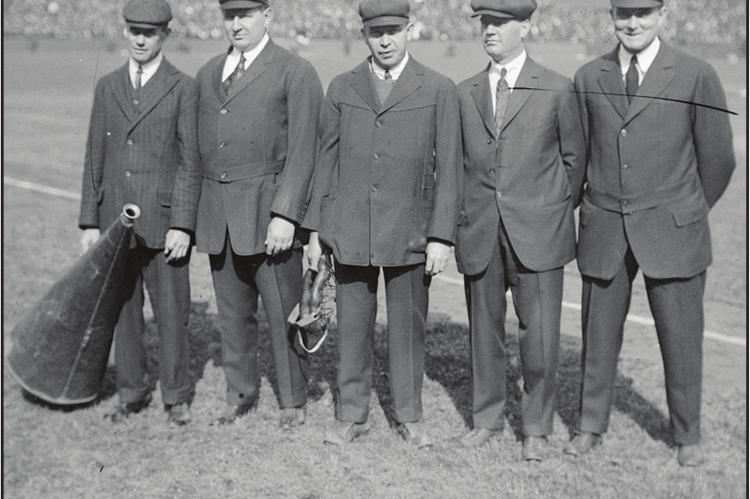 During the current pandemic references have been made to the “Spanish Flu” pandemic that hit the world in 1918. That was a horrific experience in which 50 million persons died worldwide and the death toll in the United States was 675,000.

As a child I heard my parents refer to the “plague” as they called it. They were young adults at the time. My mother had the most vivid stories about her experience. At the age of 19 she was teaching in a rural school and several families who had children in her school were affected. I don’t remember details, but I do remember her talking about how sick people were. She described it as a very scary time with lots of death to people she knew.

In today’s world, the COVID-19 pandemic has literally wiped away competitive sports with the NBA season being halted before its end and Major League Baseball stopped during Spring Training. A question arose in my mind -- “How did the 1918 pandemic affect the sports world?” I found lots of information I did not know.

One item had nothing to do with baseball, but having lived a good portion of my life in Kansas it caught my attention. It is thought in some quarters that the flu was introduced to the United States at Camp Funston, a part of Fort Riley, Kan.

World War I was still going on and it was thought that the movement of troops from Europe back to the United States may have been the introductory factor for the U. S. Anyway, it is known that 100 soldiers came down with the flu at Camp Funston in March of 1918. Within a week the number was at 500.

As far as the world of sports was concerned, there was no NBA nor any NFL. The major professional sport was baseball and the pandemic hit at the beginning of the season that year.

Randy Roberts, a history professor at Purdue University, has been quoted as saying that baseball was hit with a big dilemma. There were a number of players who were in the military due to the War. Others were being affected with the flu.

Owners didn’t have bundles of cash to tide themselves over any crisis. They didn’t want to cancel things and made every effort to play the season as scheduled.

Babe Ruth was a member of the Boston Red Sox in 1918 and it is thought that he may have been a victim of the flu during the season.

He was gravely ill for a time but there are no existing references that state without a doubt his malady was flu.

According to Roberts, the 1918 season was a shortened one. Boston played only 126 games and the World Series ended by Sept. 11, the only World Series with all its games played in September.

Boston, largely due to the heroics of Ruth, won the series in six games over the Chicago Cubs. Ruth was the winning pitcher in Game 1 and in Game 4. Roberts said that despite warnings from health officials, the World Series was played as scheduled and Boston was hit hard by the pandemic as a result. Three World Series games, parades and rallies that accompanied the spectacle plus a large draft registration drive as a war effort fueled the epidemic. Boston’s death total reached 4,800 in the days between September and Dec. 31 that year.

The World Series had contributed to that total, but the draft registration had involved 96,000 Bostonians who stood in line to register, “sneezing, coughing and breathing on one another in crammed registration halls.”

Ruth’s illness was described as involving a temperature of 104 degrees, body aches, chills and a throbbing throat. At the time it was thought that he had “spring flu” but later medical personnel wondered if it might have been the “plague” that was being experienced worldwide.

After the season ended, Ruth went home to Baltimore where in October he was diagnosed with “Spanish Flu.” He very well may have suffered twice from the pandemic illness.

The 1918 pandemic claimed the lives of a number of baseball personalities. One was Larry Chappell, who had played for the Chicago White Sox, the Cleveland Indians and the Boston Braves during his career. The sports writing community was also hard hit with Eddie Martin of the Boston Globe, and Philadelphia’s Chandler Richter among the casualties. But the death of umpire Silk O’Loughlin was the one that gained wide-spread attention. O’Loughlin was considered one of the best at his occupation at the time of his untimely death at the age of 46.

From what I read, O’Loughlin was quite a colorful guy. He is credited with originating the way umpires loudly proclaim whether a pitch is a strike or a ball, whether a runner is out or safe or whether a hit ball is foul or fair. Before he came along an umpire would quietly inform the nearest player on what he had called. A New York Times article in 1909 praised O’Loughlin for his approach to making calls while criticizing future Hall-of-Famer Billy Evans for his quiet manner of umpiring. “While they laugh at Silk O’Loughlin, everybody knows what he says.”

O’Loughlin never admitted to being wrong. His answer to a ball player who complained about his call was “I never make mistakes”. But at the same time he often respected players who complained. “I wouldn’t give a snap for a player who wouldn’t kick if he honestly thought he was right,” O’Loughlin was quoted as saying.

Hall of Fame pitcher Christy Mathewson called the umpire “the autocrat of baseball.” “He refuses to let players discuss a decision with him in maintaining that there is never any room for argument. If a man makes any talk with him, it is quick to the shower bath.”

O’Loughlin ejected Ty Cobb from a game in 1912, the first time Cobb was tossed from a game. Cobb had gone up into the stands to physically accost a fan who is thought to have uttered a “racial slur” against him. Cobb severely beat the fan and O’Loughlin thumbed him from the game.

Players were upset by his action maintaining they should have the right to protect themselves. A player strike over the situation was threatened, but never materialized.

The umpire was working at his offseason job as an employee of the Justice Department’s Boston Office when he contracted the flu in December. He developed double pneumonia and died a few days later. His wife also contracted the disease, but she survived.

One source mentions that fans wore masks to games during the 1918 season and another source indicates that players also wore the masks.

There was college football in 1918 and it was affected by the pandemic. There were no games until October that year and 18 schools cancelled the entire season.

Fans reportedly wore masks to games, but there is no mention of social distancing. Other sports were affected.

The NHL’s Stanley Cup finals were canceled because players on both teams were sick. A boxing match between Battling Levinsky and Jack Dempsey was rescheduled and high school sports were eliminated for a spell.

So the answer to my earlier question was “Yes.” The flu pandemic of 1918 had a definite impact on the world of sports.