Eldonna Magnus looks back on experiences

By David Miller David@poncacitynews.com
Time to read
6 minutes
Print
a- a+
Published 3 weeks ago
Last updated 3 weeks ago
Read so far
In-page image(s) 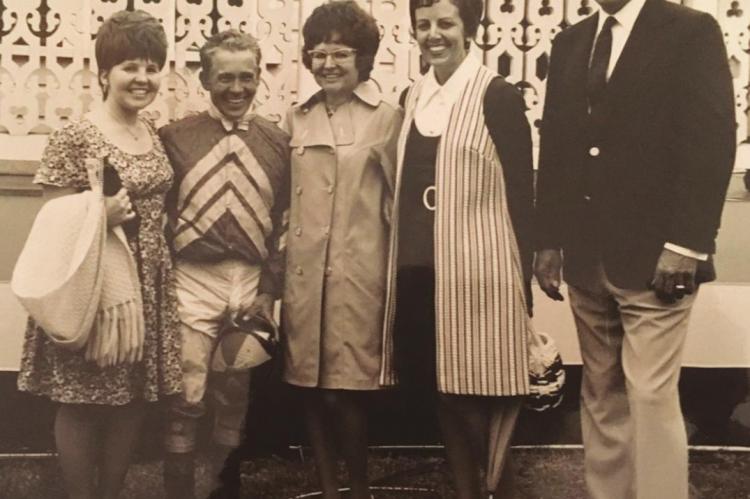 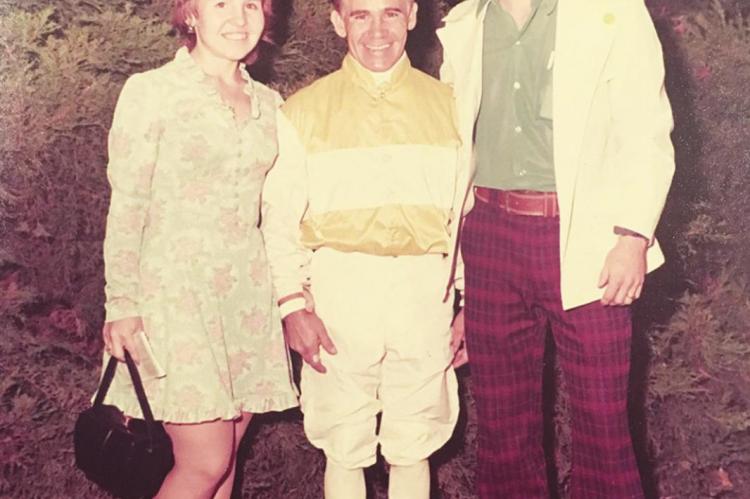 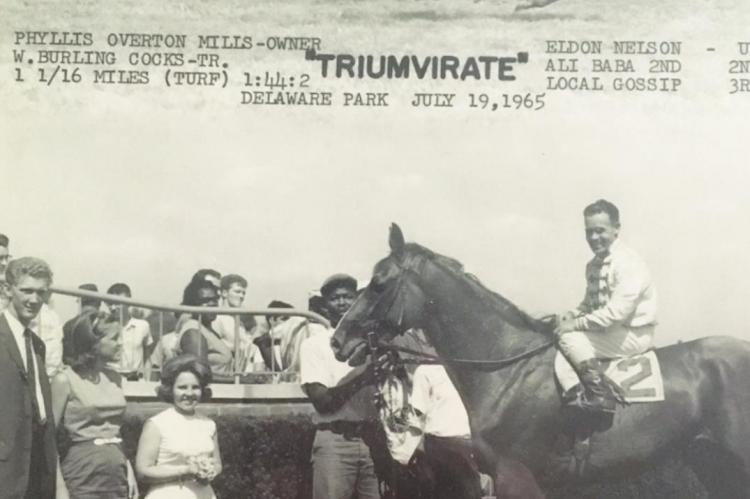 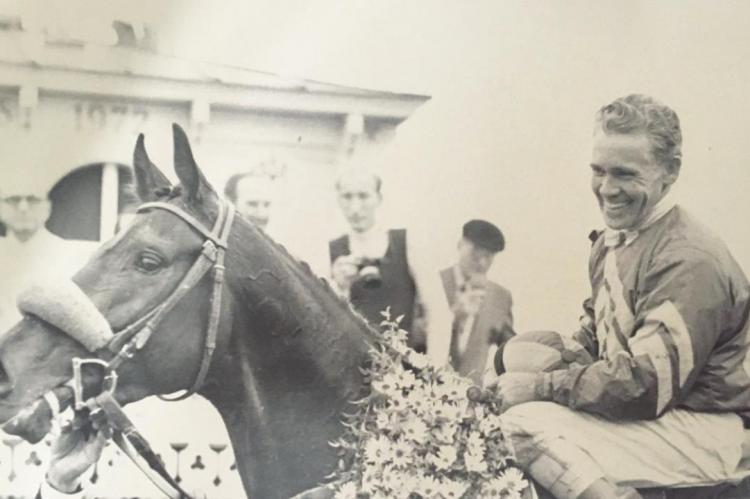 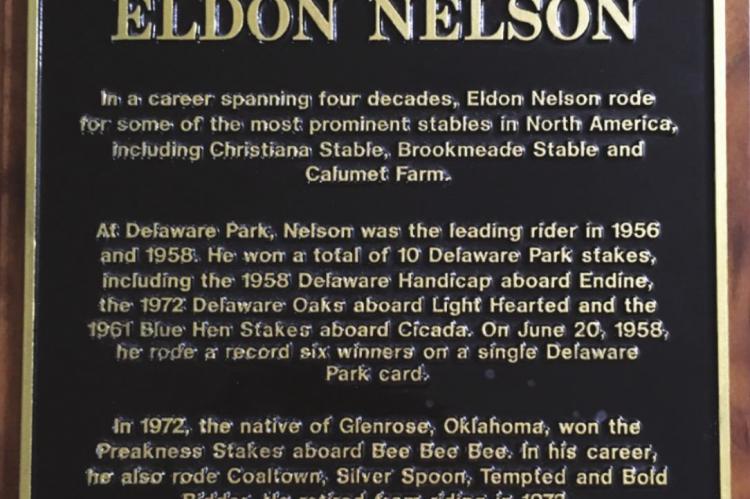 In my list of acquaintances and friends, I know of only one that can say that she/he grew up as part of a jockey’s family.

The one I do know, Eldonna Magnus of Ponca City, looks back very fondly on her experience. Eldonna’s late father was Eldon Nelson, a jockey who could count winning the 1972 Preakness Stakes among his major accomplishments. For those who don’t follow horse racing very closely, the Preakness is one of the Triple Crown races along with the Kentucky Derby and the Belmont Stakes.

During the COVID-19 quarantining my wife and I have been planning day trips that can be completed without bringing risk to ourselves and others. On one such trip we located the grave of former major league pitcher Mose Yellowhorse near Pawnee. That was quite a victory since we had been to the North Pawnee Indian Cemetery twice before without locating the Yellowhorse grave site. Flush with that success I felt emboldened to try to locate the burial site of Eldon Nelson, which I knew to be in Round Mound Cemetery in the vicinity of Cedar Vale, Kan. Once again we were successful. I had written on two or three occasions about Mr. Nelson’s career and in the process had had the opportunity to visit with Eldonna. Those experiences led me to want to visit with her once again.

Asked what it was like to grow up as a daughter of a jockey, she replied, “Well, in first grade, I had four new schools.” She went on to say that contrary to what was the practice of most of the other jockeys, Eldon Nelson and his wife, Betty, decided that his family would follow him as he moved from place to place.

“It was a promise my father made my mother. When he moved around he would take us all with him. That’s part of why our family unit was strong. We were reared with good Oklahoma values.”

To refresh your memory, Eldon Nelson launched his Hall of Fame racing career in Ponca City as a youth. His early experience involved informal match races usually held on rough country roads. He told me this experience included match races that evolved from a few employees of Continental Oil Co. wagering on whose horse was the swiftest. He described the Conoco Match races on a quarter-mile track, actually a road, near the Continental complex on which races were run. As a 15-year-old he was invited to go to work for Woolford Farms near Kansas City and he went from there to a career as a jockey that spanned four decades.

In moving along with Mr. Nelson, his family lived a lot of the racing seasons in the Eastern United States. For much of his career he rode for Christiana Stables in Delaware, which was owned by Jane du Pont Lunger and her husband Harry. The connection with the du Pont family introduced the Nelson family to some elements of “high society.” Eldonna remembers when they were invited to dinner at the Lungers and there they found 13 pieces of silverware at each plate. Eldon had advised his family not to be nervous about the dinner. “Watch him (Lunger),” he said, “and use what utensils he uses.”

Despite being involved in a world different than their Oklahoma roots, “My parents didn’t change. They stayed the same sweet people they always were,” Eldonna said. “Dad did really well for an Oklahoma boy and it wasn’t easy. My parents really loved each other and it showed.”

As mentioned earlier, living with a jockey required frequent moves. “Dad usually went on the same circuit, to tracks in Maryland, Delaware, New York and upper New York. He raced at Saratoga (upper New York). It was beautiful there, the grounds, flowers and shrubs. In those days they didn’t race on Sunday so every Sunday we went to an historic place. It was very educational and interesting. We never went on vacations. On the off season we went back to our parents’ farm in Kansas. Dad worked very hard in the offseason.”

She continued to look back--”One time he was in a spill that really hurt him. During that time we almost starved. Eventually he went back East to see if he could resume riding. He left us, the only time he did that, way out in the country. It always came back to no matter how much we moved we knew we had the farm to come back to.”

One of the trademarks of Eldon Nelson’s career was that he worked hard at his job.

“When he rode a new horse, he would watch movies of earlier races involving that horse,” Eldonna said. “His daily routine was to get up at sun up to exercise horses. Then he would come home and take a short nap, put on a suit and go back to work. He always wore a suit when he worked. When I learned that his routine was unusual I was surprised. I thought all jockeys did that.”

His agent was Dan McAuliffe, a former jockey. “Mr. McAuliffe used to say how smart my Dad was. He said Dad had a clock in his head and that when he was told to go so fast, he had how fast to go in his head”, Eldonna said.

He also appreciated all the track workers and especially those who had anything to do with the mounts he rode. Eldonna said that when he won, he would give something to the crew in his appreciation for their work. Because of his experience on breaking a toe on the rail, he worked to get improvements to the track inside rails to make them safer

During his career he rode in many important races. His most notable win was the 1972 Preakness. But he rode a few times in the Belmont Stakes, the third leg of the Triple Crown.

Eldonna and her mother were on hand when he rode Bee Bee Bee to victory in the Preakness in 1972.

“It had rained all night (the night before the race), and the track was so sloppy and muddy. They let people go in the track’s inner circle and it was interesting to watch ladies wade through the mud in their fancy shoes. Some took their shoes off. They almost scratched Bee Bee Bee because of the track conditions, but they asked my Dad and he said ‘He likes the mud’ and he did”.

“He (Bee Bee Bee) led all the way. I was worried that he would get tired before the finish but he didn’t. When the race was over he wasn’t muddy while the others were covered with mud. They had kidded Dad that he should be sure to keep his silks clean. He did win the race and kept clean. He was clean for the winner’s picture. Actually he rode two races that day and won both,” she said.

“The evening after the race someone said they would bet my Dad was out drinking celebrating his victory. Henry Clark (a Hall-of-Fame trainer) said ‘If I know Eldon he was eating a nice quiet dinner with his family to celebrate’ and he was.”

The pari-mutuel betting that day was the third highest in history at the time.

Eldon Nelson retired in 1973, a year after winning the Preakness.

In retirement he was the recipient of a bunch of honors and recognition. For one thing, he was put on the Wall of Fame at Delaware Park, where he rode so many mounts.

On the Delaware Park wall, Nelson is accompanied by a host of other big names in horse racing including Willie Shoemaker, Secretariat, Trainer Henry Clark and many others. Eldonna said that her family got to visit Delaware Park in 2014.

“The thing that got to me most,” she said about visiting Delaware Park, “was the Jocks Room. It is now on the historical list and can’t be changed. Seeing the balcony like it was really was an emotional moment.”

He was the third person inducted in to the Oklahoma Racing Hall of Fame at Remington Park in Oklahoma City. Now each year on the day the Preakness is run in Baltimore, there is a Preakness Day at Remington and there is an Eldon Nelson race featuring quarter horses. The family is invited down for Preakness Day each year and are put in a special suite at the track with lots of food and drink available. They are there to present a plaque to the race winners. This year the Preakness Day wasn’t held because of the virus protocols.

Eldonna repeated several times that she has special memories of the sights and sounds that accompany a visit to a horse track.

“It was fun to stand still, listen and watch. To hear the horses breathe and stomp, it was very exciting,” she said.

Eldonna operated a daycare-preschool for many years in Ponca City. She and her husband Randy reared three sons, Jeremy, Shane and Mark.

“One thing that my Dad helped prove is that you can come from anywhere and do anything you want to do,” she said to sum up the situation.

Author Lou Dean has written a book about Nelson and other pioneer jockeys. The book was published in 2012 and is entitled “The Boys from the Bushes: From the Oklahoma Bush Tracks to the Big Apple. It is still available in book stores. 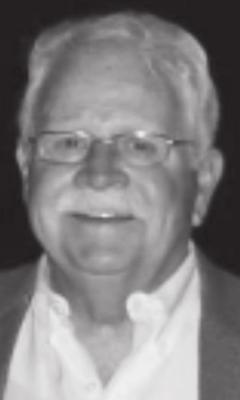 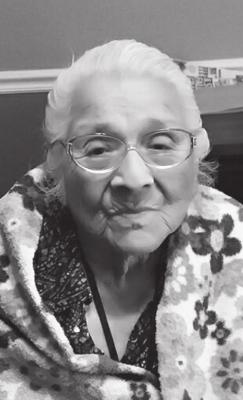