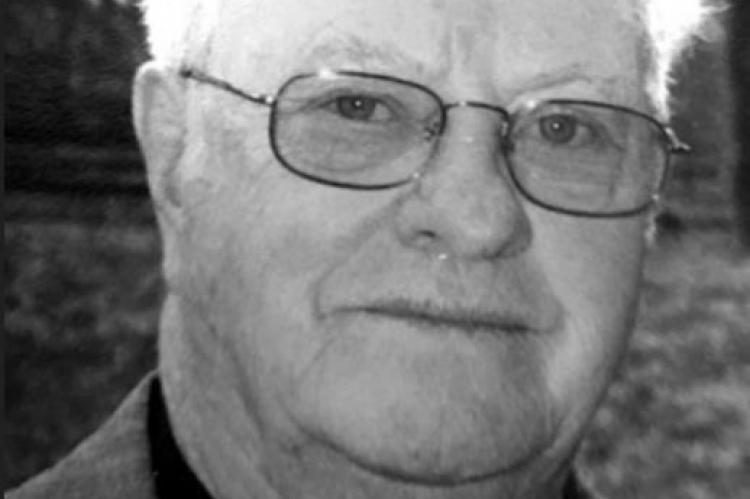 Lifelong Ponca City resident Eddie B Griffith, born to Jesse and Viness Griffith on April 28th, 1930 at their home on the banks of the Salt Fork River near Ponca City, peacefully passed away at home on the morning of January 10th, 2021, surrounded by his loved ones.

Eddie was raised on a farm with three siblings and attended Ryan School, a one room school house, then Marland High School in Marland, OK. He started working for Oklahoma Natural Gas in 1951 but was drafted into the army in 1952. Eddie did his basic training at Camp Roberts in California before serving overseas in the Korean War with the 74th Transportation Truck Company, delivering ammunitions to the frontlines. In 1954 he was honorably discharged and returned to Ponca City where he continued working for ONG for 38 more years before retiring in 1986 as District Supervisor. Eddie was a founding member of the Osage Cove Fire Department, helping construct the fire department building itself, and served as Assistant Fire Chief from 1990 to 2000. In 1998 he married Norma McNamara.

Eddie enjoyed puttering around with his plants and tinkering with household electrical and construction projects. He could fix anything from a vacuum cleaner to a car engine. Every house he lived in had numerous areas dedicated to his everspreading green plants. Eddie loved his family, was always entertained by his grandkids, and never missed an opportunity to hold a baby. Every year for the past 22 years he has had a huge birthday bash. He loved his donkeys Bonnie and Clyde, and their baby Rosy, dogs Casey and Baby Girl, and an ornery cat named Thunder. In his last seven months he and his wife Norma enjoyed the company and care of their granddaughter Kara Polito.

Our deepest gratitude to all the Hospice nurses and aides for their care of Eddie in his final weeks. In lieu of flowers, memorial contributions may be made to Humanity Hospice.

Eddie is survived by his wife Norma Griffith of the home, his sons Eddie Lee Griffith (Debbie) and Kelly Griffith (Cindy), stepchildren Brian Buffington (Janice), Leslie Throop (Tom), Kitty Fueshko (Jeremey), 13 grandkids and too many great grandchildren to count, as well as close friends Mike Lyons (Linda), Marsha Eubank, and Janice Stewart. He is preceded in death by his parents, his siblings Doug Griffith, Bud Griffith, & Mary Bowker, and son Mitch Griffith. A graveside service will be held on Friday, January 15th, at 2:00 PM at the Braman Cemetery. Due to the Covid-19 pandemic, those who wish to attend will be required to wear face masks. Arrangements are under the direction of Trout Funeral Home & Crematory.