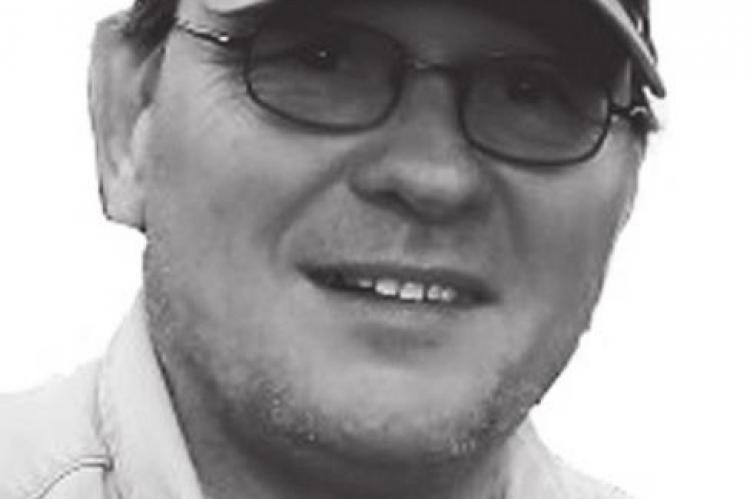 Billy “Bill” W. Huff of Blackwell, OK died July 2, 2020 at the age of 60, two years after diagnosed with ALS. The eleventh of twelve children, Bill was born on April 11, 1960 at Riverside Hospital in Blackwell to Robert and Ruby (Wood) Huff.

There will be a Rosary service on Wednesday, July 8th, 7:00 pm at St. Joseph’s Catholic Church, Tonkawa. A Christian burial service by Rev. Benjamin Lwin will be said on Thursday, July 9th, 10:00 am at St Joseph’s Catholic Church, Tonkawa. Interment will follow at Blackwell Cemetery. Services are under the kind guidance of the Amy Stittsworth Funeral Service. The family asked that those attending the Rosary and service please wear face mask, CDC safety suggestions for distancing will be in place to protect everyone wishing to celebrate Bill’s life.

Bill grew up attending Blackwell Public Schools, graduating with the class of 1978. Following graduation he worked for the Laborers Union for a brief period before working for Ebert Enterprise and Tonkawa Tank for several years, welding storage tanks throughout the United States. In October of 1989 he became a member of the pipefitters/ welders Local 430 where he worked until being employed with Phillips 66 at the Ponca City Refinery. He worked there until his illness forced him to leave.

Bill and Laura Dawn Manley were married on October 24, 1981 in Tonkawa, OK where they made their home and to this union were born two children Rachel Anne and Ethan Dane. During his son’s youth, he helped to coach Ethan’s sports teams and served as assistant scout master for Boy Scout Troop 442 at Saint Josephs Catholic Church in Tonkawa where he was a member.

Bill enjoyed bird hunting with friends and “wetting a hook” every chance he got. He could fix just about anything around the house and enjoyed attending flea markets, “haggling” for a good deal. But his favorite past time was spending time with his friends having a cold one while cheering on his OU Sooners.

Bill had an infectious laugh, a generous heart, loved a good prank and was always up for anything fun. He will be greatly missed by friends and family and left us much too early.

He is survived by Dawn and his son Ethan of Tonkawa, Brothers, Bobby Huff of St. Joe Arkansas and Edward Huff of Blackwell, Sisters, Barbara Friend and Linda Arteaga of Blackwell, Patricia Huff and Diania Robles and husband Alex of Socorro, New Mexico and sister-in-law Mary Huff of Ponca City as well as many nieces and nephews.

He will greet in heaven his daughter Rachel Anne, his parents, sister, Teddy Lou, and brothers, Randall, Max, James, and Jerry “JW” Huff.

Donations in Bills name can be made to Saint Josephs Catholic Church of Tonkawa, The ALS Association, or a charity of your choice.

The family would like to thank the Willow Haven staff for accepting the challenge to care for Bill during his final months with such compassion and dedication, especially during these difficult times and to Humanity Hospice for their support and care of our loved one. Remembrances may be shared online at www. stittsworthfuneralservices. com.