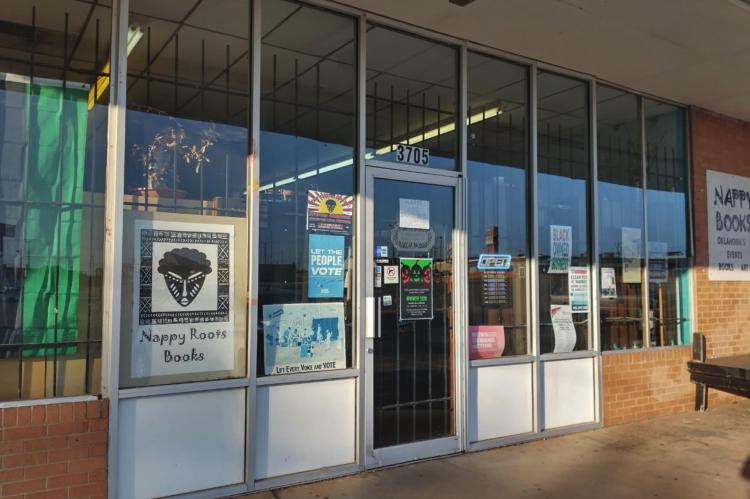 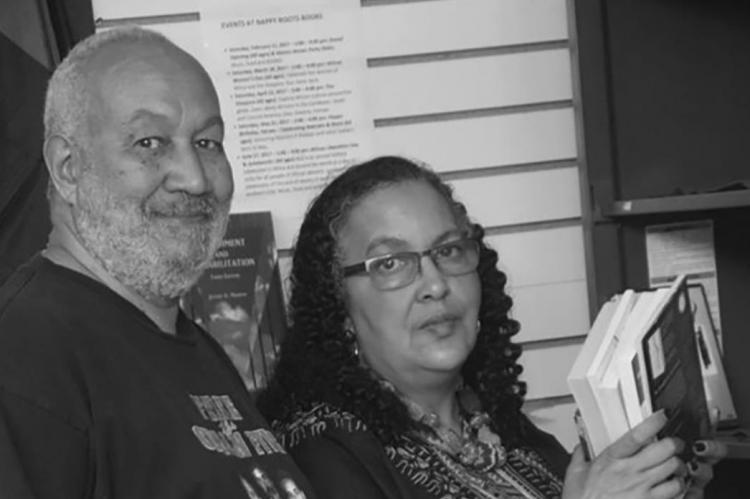 Nappy Roots Books, entering its third year of operation, has taken a hit to its already slim sales margin, said store owner Camille Landry. The effects of the virus forced Nappy Roots to close temporarily in February. It reopened in June, but the store, and its sales, haven’t been the same since.

“When it became obvious that it would be risking people’s lives, literally, to bring them into the store I just stopped doing it,” Landry said. “And the fact that I am a 70-year-old woman with pre-existing conditions means that it wasn’t too hot an idea for me either.”

Although she didn’t think it was the right time to reopen in June, Landry said she had paid as much rent as she could out of her own pocket and had to either reopen the store or close it entirely.

Nappy Roots, located at 3705 Springlake Dr. on Oklahoma City’s northeast side, is funded by Landry and her husband’s Social Security checks. Landry also refers to it as an art gallery, gathering space and community center.

Landry said they have stopped hosting gatherings that bring significant numbers of people into the store, but are using the parking lot to hold events outdoors.

The store hosted Oklahoma City’s first African-American Storytelling Festival on Oct. 10 in the parking lot. A panel of indigenous women presented a discussion to celebrate Indigenous Peoples Day on Oct. 12. On Oct. 31, the store hosted a free Get Out to Vote hip-hop concert and voters marched to the Election Commission to cast their absentee ballots.

Nappy Roots is a kaleidoscope of cultures and perspectives.

“We carry books by, for and about other communities that face marginalization in the USA and globally,” Landry said.

“The Open Veins of Latin America” by Eduardo Galeano is on one shelf. Gabriel Garcia Marquez’s “Love in the Time of Cholera” is on another. “An American Sunrise” by U.S. Poet Laureate and Oklahoman Joy Harjo is on the counter.

“Black Economics” by Jawanza Kunjufu rests on the lobby table. And there’s the “History of the U.S.” by Oklahoma’s own Roxanne Dunbar-Ortiz.

The store carries Black literature and progressive literature from a range of demographics, with books from authors across all races and sexual orientations. The store offers children’s books and half-price (or lower) nonfiction and fiction works, and consistently puts work by local authors on its shelves.

Landry, a Chicago native with a lifetime of political activism under her belt, has used her store as a vessel for advocacy in diversity and inclusivity. She said many of the initiatives that originated from the bookstore began as things that would gnaw at her. Her husband, Banbose Shango, said she has always been that way.

“Well, if it was any different, I would be disappointed,” Shango said. “But I’ve known this woman since 1966, ‘67. And she has always been consistently politically active.”

Nappy Roots has “stirred the pot” on a range of issues, Landry said, from housing and gentrification to education, racism and oppression.

“Fact of the matter is, I’m really an introvert,” Landry said. “I’m happy in this chair with a book, and not in front of a microphone.”

Homelessness was an issue close to home for Nappy Roots. Landry said many homeless people were sleeping on sidewalks and benches outside the store after closing hours. When the community center across the street started providing food to the homeless, that effort only increased the number of people sleeping near the store.

Landry posted a message on Facebook inviting others concerned about homelessness on the city’s northeast side to a meeting at the bookstore, and through that, the Northeast Coalition on Homelessness was created.

“There have been a couple of other initiatives just like that, where I’ve said, somebody needs to do something about this, but I’m somebody, you know? Why not?” said Landry.

While the store itself has experienced some shortlived problems with racially motivated violence, Landry said the effect of racism in her own life as a Black female business owner has been more subtle.

Landry’s store has become a safe haven for people to share ideas and come together for activism efforts.

Landry’s friend Lazara Gonzales said the owner uses her store to empower all minorities. Minority youth have gone to Landry, wanting to do something about an issue, and she lets them use the store as a space to create that change.

“She supports just about everyone,” Gonzales said. “And she empowers people, and she does it selflessly. There’s no method behind it, she just does it to do it. She talks the talk and walks the walk and has never changed in the three years I’ve seen.”

Sache Primeaux-Shaw, the president of Young Democrats of Oklahoma, said Landry is always there if organizations need her help for a project or to host an event. Landry and Prime aux-Shaw also served on the board of Black Lives Matter OKC.

“Her place [was where] we would have some meetings,” Primeaux-Shaw said. “Not just BLM, but any other type of activist group or initiative, they would come to Nappy Roots. And that would kind of be like the mothership meeting place.”

For Landry, it’s like connecting the dots to determine the cause.

“I do have a voice and I will use the voice,” she said. “But I tried to use it in terms of building community, and then in sustaining community. That’s my impetus for this place being here.”