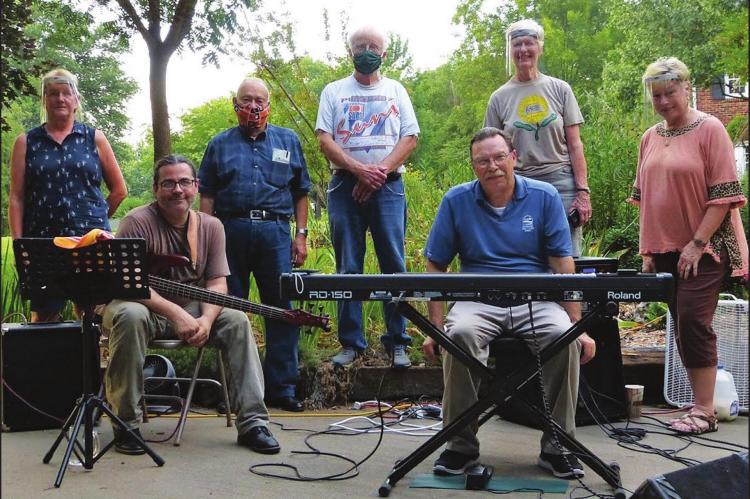 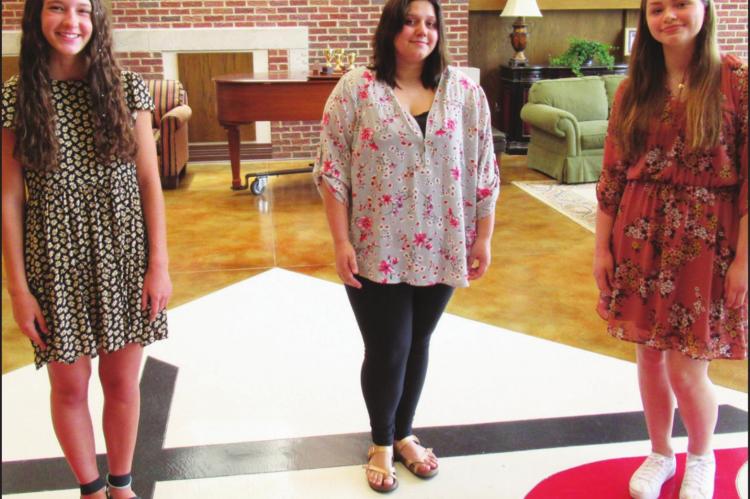 “Hillcrest Ensemble” will perform “The Great American Songbook” at the upcoming Full Moon Concert Friday, Aug. 3 in Tonkawa Centennial Park, 301 East Grand in Tonkawa. Eight area musicians will present American Standards – including classics such as Blue Moon, Heart and Soul, Sentimental Journey, Georgia on my Mind, All of Me, In the Mood, On the Sunny Side of the Street and more popular favorites. Guest vocalists for the evening are Abby Davis, Kate Branstetter and Mallory Stolhand.

Denise Jones received her BFA degree in Music Education from Wichita State University and taught band for two years in Wichita and twenty-six years in Ponca City. She played bassoon with the Mariah Trio and with various local groups and serves on Arts Adventure Foundation board of directors. Denise and her husband Stan reside in Ponca City.

Kevin Roe grew up in Muskogee and earned a Bachelor’s degree in Music from Southwestern Oklahoma State University. Along with performing the tenor saxophone and bass, Kevin is a retired firefighter, and works as a 911 dispatcher in Ponca City. He married his high school sweetheart 44 years ago and lives in Newkirk.

Larry Lenhart, a Ponca City native, earned his Master of Science in Education from Arizona State University and retired from teaching math at Ponca City High School. Larry took guitar lessons and taught at Bill Pruitt’s Music Studio in Ponca City in the 1960s, and has played early rock & roll and country music in various bands over the years.

Suzi Lenhart is a vocal, recorder and piano instructor and has been teaching in her Ponca City studio for 38 years. Prior to that, she taught public school music in Arizona and Wisconsin. She holds both Bachelor and Master degrees in Music Education from the University of Wisconsin-Madison. Suzi and Larry Lenhart have been married 45 years.

Marsha Moore loves to sing, and husband, Al, and her two sons and families kindly support her music passion. Although she formerly played the violin, Marsha now favors the ukulele because it makes self-accompaniment easier. Marsha sings in the Grace Episcopal church choir and in CASONO. She has been sad not to have choral activities during the pandemic.

Mike Seals earned a BA degree in Jazz Piano Performance from Jacksonville State University in Jacksonville, AL, and a Master’s degree in Jazz Studies from Rowan University, Glassboro, NF. For ten years, he played piano as a member of the US Army Band program, and worked overseas for nearly 30 years, with 26 years in Kuwait. There he had two bands, “The Kuwait Jazz Trio,” and a rock cover band called “Bar None.” Mike and his wife, Kym (Long) returned to Ponca City in 2018 after Mike taught music for a year at Rowan University.

Don Long played drums at Ponca City Jr. High and High School Bands under directors Wayne Hartman and A. H. “Pete” Long. As a student at Oklahoma A & M College, (now OSU), he was a drummer for the R.O.T.C Band and the “Ashley H. Alexander Jr. Dance Band” before returning to Ponca and organizing his own band. Don joined Les Gilliam’s western swing “Silver Lake Band” in 1992, performing for 22 years in a multi-state region. In 2014, Don and each member of the Silver Lake Band were inducted into the Cowtown Society of Western Music in Mineral Wells, TX.

Guest vocalists for the concert are Abby Davis of Tonkawa and Kate Branstetter and Mallory Stolhand of Ponca City. Abby and Kate will be entering 10 grade and Mallory will be an 11th grader this fall. All three girls have been Miss Suzi’s students from an early age and have been singing trio music together for the past 3 years. Kate is currently studying with Eddie Dixon. All three singers have won awards at the local Junior Music festival as well as at the state level and have had leading roles in Evan’s Children’s Academy of Performing Arts. For the Full Moon Concert, they will perform trio numbers as well as solos.

The concert begins at 7:30 p.m. and is free to all. Since seating in the park is limited, the public is invited to bring lawn chairs or blankets. Snacks, drinks, and pets on leashes are welcome, and restrooms are located across the street in the Santa Fe Depot.

Throughout the evening, concert goers may walk the world’s only heart-shaped labyrinth, and the evening concludes with the traditional group howl at the full moon. North Central Oklahoma Arts Council and Heart in the Park Committee sponsor the free monthly concerts in the park. Next month’s Full Moon Concert scheduled for Wednesday, September 2, will feature Hayes Brothers Band performing music from the 1950’s through today including pop, rock and country.