I missed one of my favorite contests 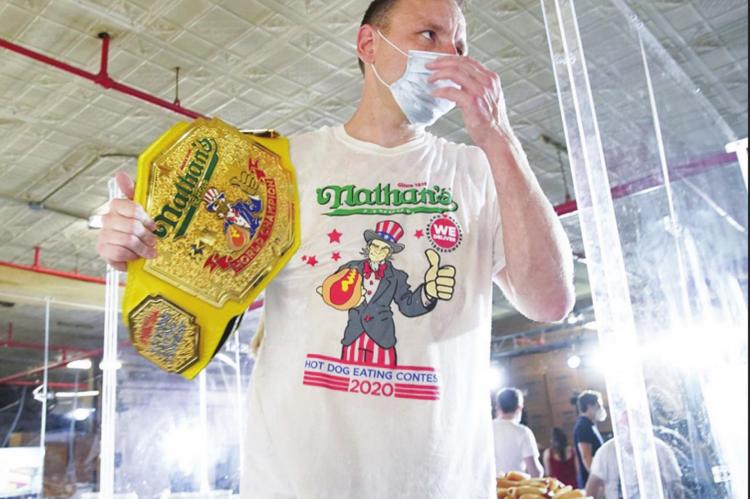 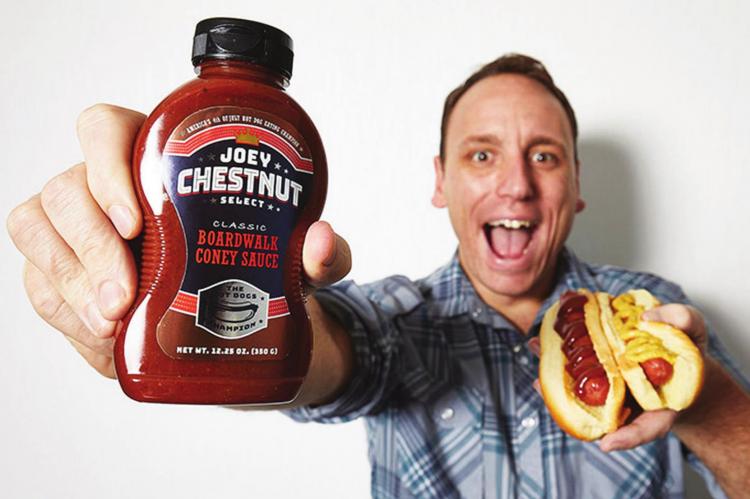 With the dearth of athletic events to watch on television these days I can’t believe that I missed one of the contests that I have come to look forward to each year. The annual Nathan’s Hot Dog Eating Contest took place July 4 and, alas, I was not glued to my television.

The words I just offered were done so a little bit tongue-in-cheek. But in recent years I have become a fan of sorts to watching grown women and men stuff hot dogs and buns into their faces, often presenting themselves in a less than appetizing spectacle. In becoming a fan of sorts

In becoming a fan of sorts I have come to recognize that the hot dog eating event has a super star among its participants. Of course I am referring to Joey Chestnut. Baseball has Babe Ruth, Mickey Mantle, Willie Mays and Hank Aaron. Basketball has Wilt Chamberlain, Bill Russell and Kareem Abdul-Jabbar. Football has Johnny Unitas, Tom Brady and Jim Brown. Golf has Tiger Woods, Jack Nicklaus and Arnold Palmer. Competitive eating has Joey Chestnut.

Chestnut won the 2020 event without me watching and it was the 13th time that he was the winner. This year he ate 75 hot dogs in 10 minutes which is a world record. By winning the event 13 times, he is a champion more often than any other athlete (If you can call competitive eating an athletic event.) Bill Russell was on the NBA championship team 12 times, so Chestnut is more dominant in his activity than Russell was in his.

While it is somewhat disgusting to watch Chestnut and his cohorts jam hotdogs and buns in their mouths and consume them at record paces, the accomplishment of eating 75 hot dogs in 10 minutes remains in the “amazing” category. Back in the day I was able to consume more than my share at the dinner table, but I can’t remember being able to eat more than four or five hot dogs at one sitting.

Before the Nathan’s Fourth of July contest, the most notable hot dog eater had to have been Babe Ruth. Ruth had few boundaries which included his proclivity for eating huge amounts of food. Reportedly he was fond of drinking a quart mixture of bourbon whiskey and ginger ale at breakfast before attacking a large porterhouse steak garnished with a half-dozen eggs and potatoes on the side. In April 1925 he gorged himself on somewhere between a dozen and 18 hot dogs on a train trip. He blacked out and was out of commission for a couple of days. A week later he underwent surgery for an intestinal abscess for what was dubbed “The Bellyache Heard Round the World.” On another occasion Ruth reportedly ate a dozen hot dogs and washed them down with several bottles of soda in the time between games of a scheduled double header. Some say Ruth’s hot dog consumption grew over the ages, but regardless, his totals don’t come close to Chestnut’s 75.

From what I’ve learned, there is money in competitive eating. Not anywhere near the money that professional baseball or basketball players pull in. But Chestnut earned $10,000 for winning Nathan’s contest this year. Somewhere on line I saw that his net worth is about $900,000 most of it earned from professional eating.

Believe it or not, there is a professional eating circuit, consisting of contests set up as a promotional gimmick for a food company. Nathan’s is the outfit that puts on the hot dog contest each year at Coney Island. Mexican food companies set up taco eating contests, pizza restaurant chains schedule pizza eating contests and so on. Chestnut participates in most of the contests and has a long list of world eating records.

According to Wikipedia, here are some of the records he holds:

After battling a severe case of indigestion after reading the above list, I had to admit that his accomplishments are amazing.

Many athletes are out of their prime at age 35. Chestnut seems to be sailing along well at 38. He is not a huge man, standing at 6-foot-1 and 230 pounds. Again according to Wikipedia, he trains by fasting and by stretching his stomach with milk, water and protein supplements. His philosophy is, “This sport isn’t about eating. It’s about drive and dedication, and at the end of the day, hog dog eating challenges both my body and my mind.”

Speaking of minds, my mind can’t conceive eating anything in the volumes Chestnut has. I remember eating half of a blueberry pie in one sitting. I was miserable for a week.