Confession is really good for the soul 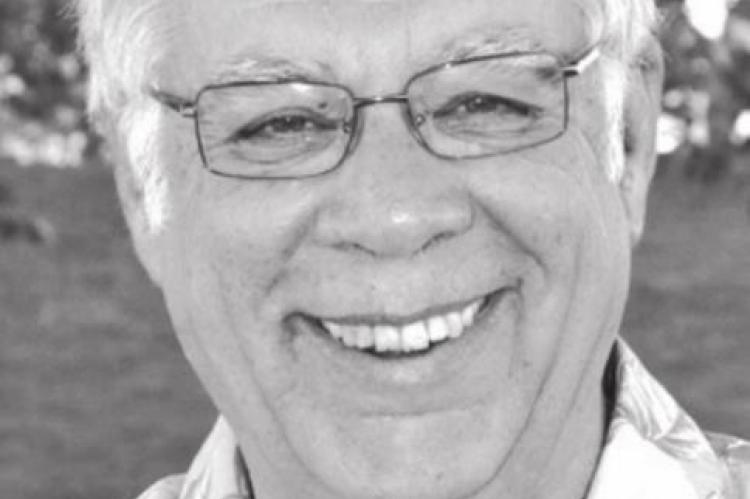 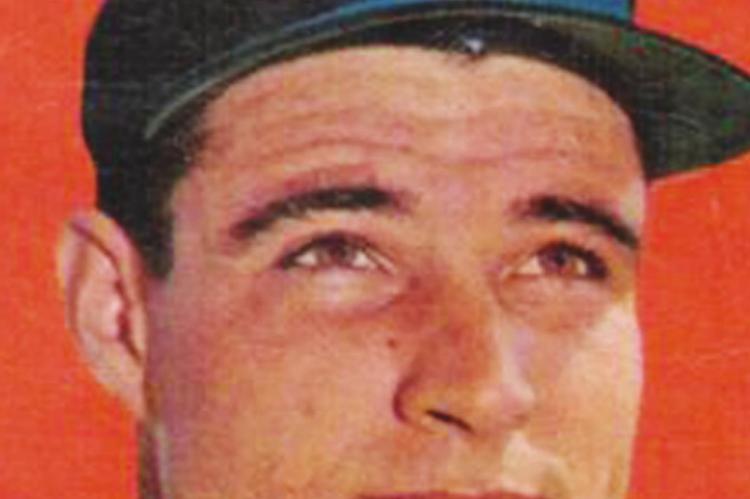 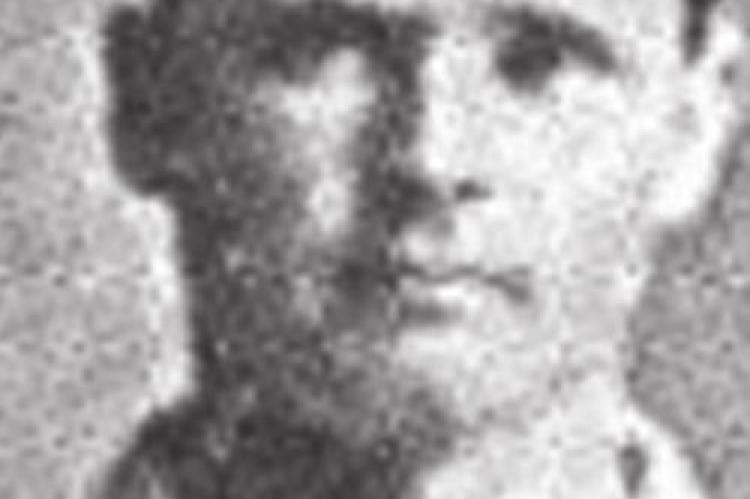 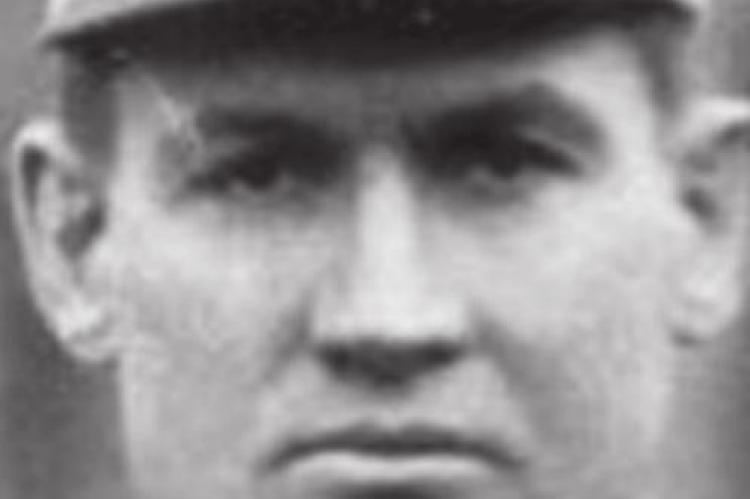 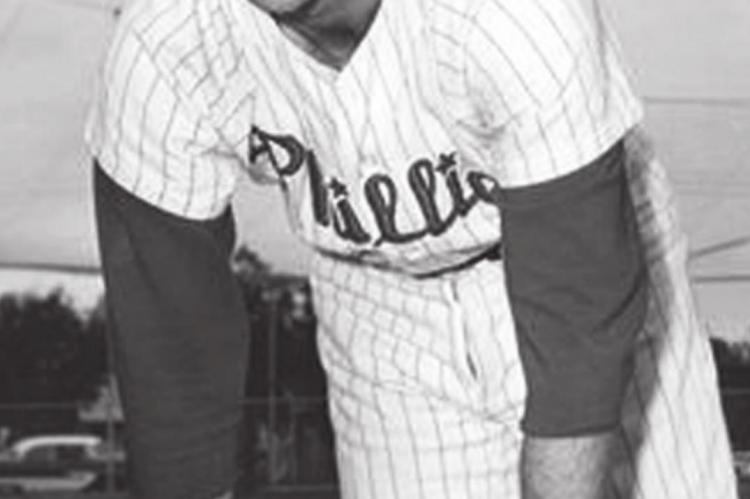 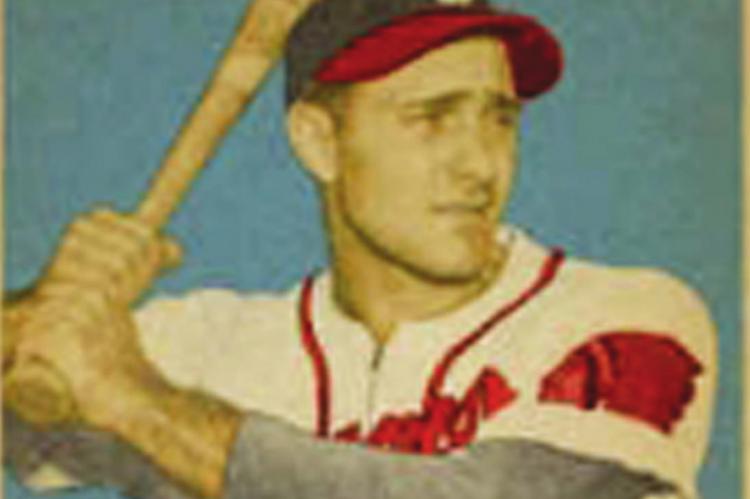 Someone once said that “confession is good for the soul.” So here goes. I admit that I tend to wear out television remotes, I guess by changing channels so very frequently. My wife is a dear, she rarely complains, except for those times that the channel changes just before a salient point in a discussion we’ve been watching is due to be made.

It was in a channel surfing moment the other day (I was watching alone this time) that I came upon a discussion of strange names that have appeared over the years in Major League Baseball. I didn’t find the names that were mentioned in the short time I was watching that channel very strange. But it gave me an idea for my own research--what are some of the ball player names that I would consider strange? I found one site who had a list of names, most of which would have to be classified as “R” rated. I understand that they were actually someone’s name, but I choose not to include them in this space.

Obviously many of the names above were nicknames and there were a few very prominent players with unusual nicknames. “Babe” Ruth, “Yogi” Berra, “Dizzy” Dean, “Pee Wee” Reese, “Mudcat” Grant, “Catfish” Hunter and “Boog” Powell come to mind. But because those are pretty well known, I have decided not to include them in this discussion.

A few of the ones I did include really piqued my interest and I did some additional research on them with the thought of sharing my findings.

Phenomenal Smith was a name that caught my eye. I had never heard of this player and wasn’t surprised to learn that he appeared on the scene many many years ago. His career spanned from 1884 to 1891. He was a pitcher and got the name “Phenomenal” after he pitched a no hitter. Two batters reached base in the game, but the way he picked both of them off base was deemed “phenomenal.” He apparently thought he was worthy of that name and was very brash and had lots of braggadocio. Reportedly his teammates committed 14 errors on purpose in one game in which he was pitching to help him realize he wasn’t a one-person team.

What appears a cruel nickname was given to Hugh Mulcahy, who pitched for the Philadelphia Phillies and Pittsburgh Pirates in a career that spanned 1935 to 1947. He got the nickname “Losing Pitcher” because he lost 20 games in 1938 and 22 in 1940 and never had a season in which he won more games than he lost. Besides losing games, he had the league’s highest earned run average in 1938 and 1939.

Frederick Mitchell Walker got the nickname “Mysterious” after pitching under a pseudonym for the San Francisco Seals in the Pacific Coast League. Walker’s baseball stint went from 1910 to 1915 and he won only seven games in that stretch. He had been a notable halfback at the University of Chicago and had a lengthy career coaching football and baseball in a long, long list of colleges. When he was pitching for the Seals it was reported that he wore a mask while pitching. He used the name Frank Mitchell. The San Francisco newspaper reportedly referred to him as the “mystery” pitcher and eventually the name “Mysterious” was permanently attached to the rest of his name.

Edward Sylvester “The Only” Nolan was another ball player who performed in ancient times. He played from 1878 to 1885 for several teams including the Wilmington Quicksteps. Nolan was actually banned for a time because he told his team that he was going to a funeral but went drinking instead. Eventually he was reinstated but was regularly in trouble for his lifestyle. Some speculation exists about the source of his nickname. One idea is that there were no other players named Nolan at the time. The other notes that there was a burlesque comedian who went by the name “The Only” Leon. Perhaps something about Mr. Leon’s act reminded folks of Mr. Nolan, this line of speculation goes.

Sibby Sisti is a name that I remember, in fact I had his baseball card. Sisti played from 1939 to 1954, all with the Boston-Milwaukee Braves. One thing I especially remember about his career was that he was very versatile, playing every position except pitcher and catcher. He was a utility player, but is most remembered for filling in for Braves’ second baseman Eddie Stankey during the Braves’ 1948 pennant drive. Sisti later became a manager and coach in the minor leagues. He had a small role in the movie “The Natural” playing the Pittsburgh manager. His full name was Sebastian Daniel Sisti.

I thought I knew about Sugar Cain. I had a baseball card for Bob Cain, who pitched for the Chicago White Sox, Detroit Tigers and St. Louis Browns between 1949 and 1954. What I especially remember about this player is the card said that he was born in Longford, Kan. My folks lived in Longford when I was born in the hospital in nearby Clay Center, which gave me a reason to think we had something in common. According to his baseball card, he went by the name “Sugar”. He was the pitcher who was on the mound when 3-foot-7 Eddie Gaedel batted as part of St. Louis Browns’ owner Bill Veeck’s crazy promotion. Gaedel had a strike zone of about 1 and one-half inches and Cain walked him on four pitches. Gaedel never batted again. Cain said he was laughing so hard that he had difficulty in throwing the ball. Later when Gaedel passed away in 1961 Cain was the only major league player to attend the funeral. In doing research, I found that there had been an earlier “Sugar” Cain who was also a pitcher. His career went from 1932 to 1938 and he was a member of the Philadelphia Athletics, Browns and White Sox during those years.

It is easy to see how Granville Wilbur Hamner became known as Granny. His baseball card was another in my collection. He was a member of the 1950 Philadelphia Phillies “Whiz Kids” team and was a very good shortstop for the Phillies for 15 years. I remember that his last major league appearance was at pitcher for the Kansas City Athletics in 1962. The A’s were pretty bad and owner Charles O. Finley was willing to let him try his hand on the mound. Hamner pitched in 13 innings had a 0-2 win-loss record and had an ERA of 5.40. By the way, Hamner had a teammate on the 1950 Phillies who was known as Willie “Puddin Head” Jones. I couldn’t find the source of Mr. Jones’ nickname except for speculation it may have come from Mark Twain’s novel “PuddnHead Wilson” or Rudy Valee’s recording “Puddin’Head Jones.” As another aside on Granny Hamner, I had a friend who made comments about players who had feminine names like Granny Hamner and Nellie (from Nelson) Fox. Back in the fourth grade we thought that was a hilarious idea.

Wilmer “Vinegar Bend” Mizell got his nickname primarily because his birthplace was Vinegar Bend, Ala. Mizell pitched for the St. Louis Cardinals for a spell and Cardinals’ announcer Harry Caray delighted in using the “Vinegar Bend” sobriquet. He was traded to the Pirates and was a member of the World Champion team in 1960. Later Vinegar Bend became a United State Congressman, representing North Carolina’s 5th District. He served three terms as a Republican, but was defeated in a re-election bid in 1975 by Democrat Stephen Neal. I was always a fan of Mizell when he was a pitcher. I have no idea whether I would have agreed with his politics.

Henry Budson Weiser was a major league player only two seasons--1915 and 1916. In 37 games in 1915 he batted .149. He played in only four games in 1916, so his baseball career isn’t very notable. He did play for quite a few years in the minor leagues and did pretty well at that level. Because his middle name was “Budson” it is easy to see why his baseball teammates would nickname him “Bud”. The drinking of beer was a popular pastime among baseball players back then as it appears to be today.