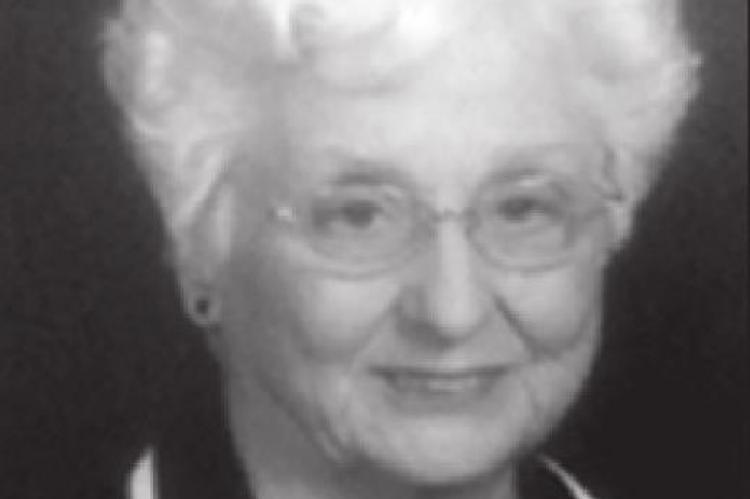 Wanda Sue Peery Sheehan, age 79, of Ponca City, OK, died of complications from pancreatic cancer at Swedish Medical Center, Englewood, CO, on July 11, 2020. She was born to Max and Nell (Gunnell) Peery, August 2, 1940 in Stillwater, OK. Wanda attended Stillwater public schools and graduated from Stillwater High School in 1958. She graduated from Oklahoma State University with a degree in Secretarial Administration and, later, from the University of Oklahoma (her only option) with a Bachelor of Science in Administration-Liberal Studies. Wanda was a member of the Beta Zeta Chapter of Kappa Alpha Theta Fraternity while in college and served on their House Corporation Board for a number of years.

Wanda married Sam Sheehan II on September 2, 1960. They met in a youth Sunday school class at the First Christian Church in Stillwater. Wanda and Sam’s first son, Sam III, was born in Stillwater in November of 1965. Gregg, their second son, was born in Midland, TX, in September of 1970. She loved holidays (and holiday decorations), especially Christmas. She had a unique ability to craft and select beautiful items for family, friends, and others. Wanda acquired her sewing abilities early on. As a child, she had a small sewing machine with which she mimicked her mother sewing clothes for her and her dolls.

She began to develop her intricate sewing skills in a Home Economics class in high school, making doll clothes. Wanda continued sewing throughout her life. She made countless outfits for her sister, nieces, and granddaughters. Wanda added to her repertoire of talents by taking up quilting, piecing together beautiful colors and patterns, some of which were of her own design.

Wanda and Sam lived in numerous places throughout the U.S. due to his Navy assignments and his work with various oil companies. They began their married life in Ponca City. Wanda worked at Continental Oil Co. (CONOCO) while Sam commuted to Stillwater to complete his Engineering degree. They lived in Tulsa, Long Beach, San Diego, Hobbs, Andrews, Midland, Houston, and Los Angeles, but came back to Ponca City as their boys approached the teenage years. Wanda quickly became involved in Sammy and Gregg’s school activities, especially with the Ponca City Wrestling Booster Club. She applied her craft skills to opening Gingerbread Alley in the 1980s, and later transferred her efforts for over 10 years to Angel Central gift shop. She excelled at setting up the shop each year. Sales from Angel Central provided financial support to Ponca City’s Festival of Angels holiday display. She was instrumental in Angel Central’s success, earning numerous awards through the Ponca City Main Street organization, including the Best Window Display (2005 and 2007), third place in the Holiday Window Decorating Contest (2007), and in 2008, the Certificate of Merit Award for its Scarecrow Window Decorating. In 2010, Angel Central was voted one of the top three downtown Ponca City businesses of the year by the Main Street organization, who also recognized her as Volunteer of the Month in May 2006. She was acknowledged by the Oklahoma Department of Commerce in 2007 and 2008 as the Ponca City Main Street Board Member of the Year. In 2009, Wanda received the Exceptional Citizen Award from the Ponca City Eastman National Bank.

Wanda was a member of the Disciples of Christ Church of Ponca City, the Ponca City Chapter Daughters of the American Revolution (serving as Treasurer and Regent), Beta Sigma Phi, the Pioneer Area Quilters Guild, Starlighters Stitching group, and the Ponca City Tuesday Country Club Mahjong group. She was a “loyal and true” OSU Cowboy fan, though never displayed obnoxious behavior in that regard.

Wanda loved animals; her Shih Tzus, Wally and Tori, never left her side. When she was young, her parents discouraged her from having a dog; she used her bargaining expertise to trade half of her newborn sister for half of her neighborhood playmate’s (Judy Myers) dog. Wanda hated chickens, in fact, all birds due to a chicken house “incident” when she was a child. She had a strong aversion to milk, but loved chocolate, often hiding candy bars from her family in kitchen crannies. Above all, Wanda loved her family and friends, and doing things for others.

Facemasks are required. Those unable to attend the Memorial Ceremony, may attend virtually on the Trout Funeral Home website, www.troutfuneralhome.com. Click on the “live-stream” or tool bar icon on the top right corner after 10:45 AM.