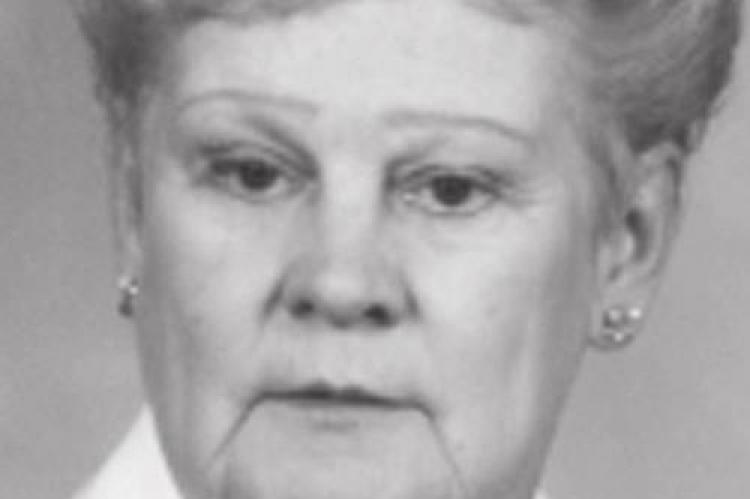 Nada Charlotte Fetrow passed away peacefully on Saturday, June 20, 2020 in Ponca City, Oklahoma. She was 91. Nada was born in Lindsborg, Kansas on May 18, 1929 to Ada and Charles Weddle. She is survived by her husband John, and her children Janet Gruenenfelder, John Fetrow and Joyce Fetrow, all of Dallas, Texas, as well as six grandchildren and one greatgrandson.

Nada was born and raised in Lindsborg, Kansas, known as “Little Sweden, USA.” Her brother, Donald Weddle, was a painter, her sister, Joyce Weddle, was a pianist, and Nada herself mastered the oboe and sang in the choir at Lindsborg’s Presser Hall, known as the “Carnegie on the Prairie.” She graduated from high school in 1947 as salutatorian.

She attended Kansas State University, where she was a home economics major. She met John Fetrow, also a native Kansan, at a campus dance. In 1949 they married and moved to Louisiana, as John was employed with Conoco. They lived subsequently in Pecos, Texas before moving to Ponca City, Oklahoma.

Nada, whose grandmother emigrated from Sweden, belonged to a family of tailors, artists and craftsmen. She grew up in the traditions of her hometown of Lindsborg, an artistic and close-knit town founded by Swedes. She was especially fond of Hyllingsfest, Lindsborg’s fall harvest festival and she took care to pass the Swedish traditions on to her family.

Nada’s gift was to bring people together around the table through delicious food, especially around the holidays. For decades Nada orchestrated the traditional Swedish Christmas for her extended family: decorating the house with tomtes and candlelight, preparing the Smorgasbord of typical dishes like meatballs and herring, and of course baking the seven kinds of cookies (“sju sorta kakor”), considered the perfect amount by Swedes who were always mindful to not overindulge.

In their later years Nada and John enjoyed traveling, dancing and golf. Nada was a devoted grandmother and her grandchildren simply adored her. All six of them looked forward to special visits in the summer where they were spoiled and received a lot of tender loving care. Nada will be remembered for her endless cheerful spirit and deep love for her family.

A memorial service will be held in Ponca City on June 30 at 2:00pm at the First Lutheran Church, 1104 N. 4th street. Funeral and burial for the family will be held at a later date in Lindsborg, Kansas where she will be laid to rest at the Elmwood Cemetery. Memorials may be designated in her memory to the Raymer Society for the Arts, 212 S. Main Street, Lindsborg, KS 67456 or at www. redbarnstudio.org for the Brunswick Project. Arrangements are under the direction of Trout Funeral Home & Crematory.