By David Miller David@poncacitynews.com
Time to read
4 minutes
Print
a- a+
Published 2 weeks ago
Last updated 2 weeks ago
Read so far
In-page image(s) 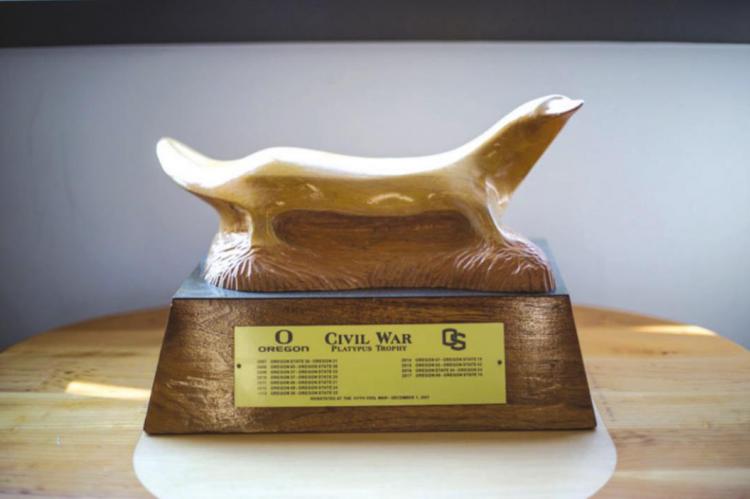 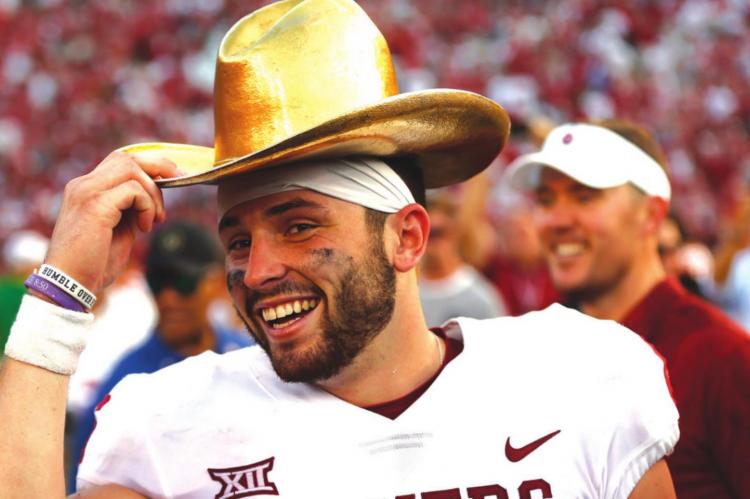 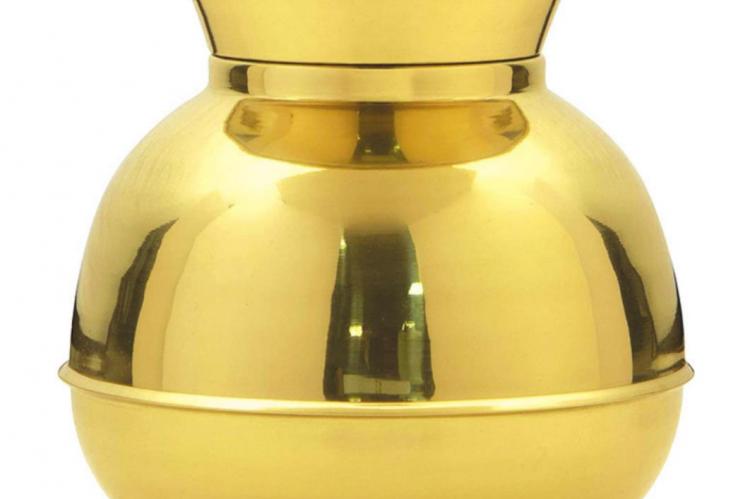 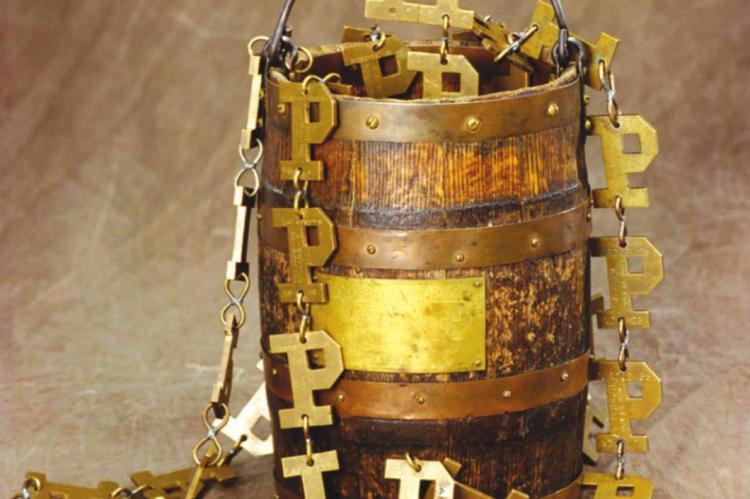 Last Saturday neither Oklahoma nor Oklahoma State were playing football. Kansas and Kansas State also had the weekend off. I had the option of watching some football involving teams that I’m not partial to or doing chores around the house. While I was mulling my options, I did turn on the big TV in the den and saw a portion of the Indiana-Michigan State game. While watching, I learned that the winner of that rivalry gets to claim possession of a traveling trophy known as the Old Brass Spittoon. Hearing that information, my mind started wandering.....what are some of the other great college football rivalries?

Of course, those of us in Oklahoma know about the Bedlam Series involving Oklahoma and Oklahoma State. As a matter of fact, that rivalry is scheduled to be renewed on Saturday at 6:30 p.m. in Norman. There have been 114 of these games since the rivalry began in 1904. The Red River Showdown is the annual game between Texas and Oklahoma usually played in the Cotton Bowl in Dallas. There have been 116 games in this rivalry since it began in 1900. In Kansas, there was the famous Border War game between Kansas and Missouri. This series ended when Missouri bolted to the SEC after the 2011 season. But it was a huge rivalry. The Sunflower Showdown between Kansas and Kansas State is pretty intense and a football game has been played every year since 1902. Kansas State has dominated this in recent years, but there was a time when Kansas was the dominant football school in the state.

But the name “The Old Brass Spittoon” caught my fancy. I wondered what some of the other famous rivalries have as their trophies. I looked it up.

I found a wealth of information. In fact, much more than I wanted to digest. But I was able to settle on a number that caught my eye.

First, turning back to the Old Brass Spittoon, there had to be a story connected with that trophy. There was. The Old Brass Spittoon was purchased for $25 in 1950 in hopes of firing up the Michigan State Spartans. It was found in a Lansing, Mich. antique shop by the MSU Junior Class President and was deemed an appropriate award for the upcoming Michigan State-Indiana game. A challenge was issued and accepted by the Indiana University Student Council and the traveling trophy became a symbol of a rivalry. The actual spittoon dates back to the early 1800s and weighs about 3 pounds. Nothing was said about how difficult it might have been to clean it out once it was purchased.

The Old Oaken Bucket is an award that dates back to 1925. The concept was first proposed in a joint meeting of the Chicago chapters of the Indiana and Purdue alumni associations. A committee came up with the idea of finding an oaken bucket on some Indiana farm. It was determined that the bucket should be taken from some well in Indiana and that a chain be made of bronze and block “I” and “P” letters for the bucket. An alumnus from each school were given the task to find a suitable bucket which they did on a farm in Southern Indiana. The farm family’s lore indicates that the buck might have been used by Gen. John Hunt Morgan and his “Raiders” during their jaunt through southern Indiana during the Civil War. The first game played after the Old Oaken Bucket was installed as a traveling trophy ended in a 0-0 tie. The first link in the chain bears the initials I-P, indicating that neither team received the prize.

The Bourbon Barrel actually was retired in 1999 after an alcohol-related death of a Kentucky football player. The two schools don’t meet all that often anyway with only 36 games played in the series.

The Little Brown Jug is a trophy that is awarded to the winner of the Michigan-Minnesota game each year. It is the oldest trophy game in Division I football and the second oldest overall. The jug is a fivegallon water jug made of pottery. It was purchased before the 1903 game between the two schools by Michigan’s student trainer. The Michigan coach Fielding Yost feared that Minnesota might doctor up the water it provided Michigan for the game, so he wanted to be sure his team had good water to drink during the game. The 1903 game ended in a 6-6 tie when Minnesota fans rushed the field when their team evened the score. Michigan left the jug behind and Minnesota seized on the opportunity to make a trophy out of it. They painted the score 6-6 on the jug making Minnesota’s 6 larger than Michigan’s and put this caption on it--Michigan jug captured by Oscar, Oct. 31, 1903. The two teams didn’t play again until 1909 and Minnesota challenged Michigan to win back the jug. Michigan did, received the jug and the tradition was started.

The Platypus Trophy drew my attention. The Platypus is one of the strangest animals in existence and I was curious who would name a trophy after it. Turns out that it involves the Oregon-Oregon State game. Until this year, the rivalry has been known as the “Civil War.” Both schools decided that the “War” designation was unfortunate in a nation so bitterly divided and that a friendlier name should be adopted. Someone suggested that a traveling trophy named for the platypus should be created. The platypus has some of the features of both the Beaver (Oregon State’s mascot) and the Duck (Oregon’s mascot). This year’s meeting between the two schools will initiate the traveling trophy.

The Iron Skillet is awarded each year to the winner of the TCU-SMU game. The two teams are no longer in the same conference, but have been big rivals over the years with SMU located in Dallas and TCU in Fort Worth. There are differing stories about how the trophy originated. According to one version, before the 1946 game an SMU tailgater was frying frog legs in the stadium parking lot. A TCU fan seeing this as a desecration of his team’s “Horned Frog” mascot told the parking lot chef that eating frog legs was going beyond the rivalry and they should let the game decide who would get the skillet and the frog legs. SMU won the game and the skillet and frog legs went to its team. According to this version, the skillet became a traveling trophy. Another version is a tamer one, noting that the two student senates decided on the skillet as a trophy. There is no consistent reason given for why a skillet was chosen. So the first version may have some merit.

Other interesting trophies that are awarded:

The Axe -- California and Stanford

Land of Lincoln -- Illinois and Northwestern