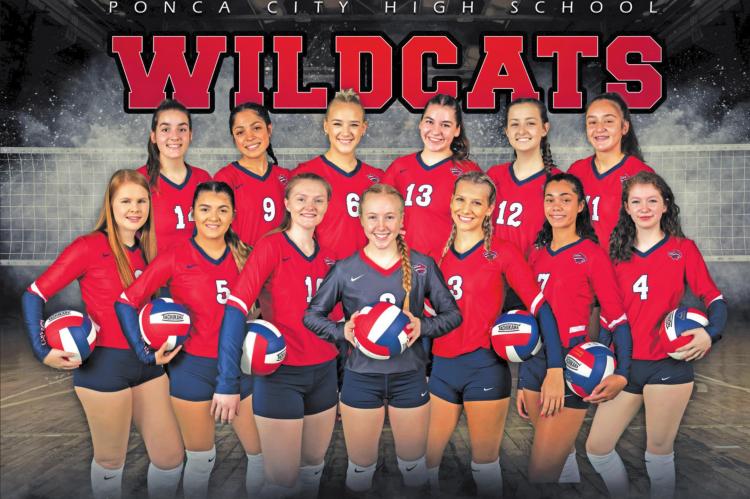 Looking back at the 2020 Lady Cat volleyball season, Coach Jennie Hinterreiter she sees a team whose overall winloss record is somewhat deceiving. The Lady Cats record

The Lady Cats record was 5-25 which the coach thinks doesn’t reflect the overall ability of the team.

“It is pretty disappointing when the record doesn’t reflect how much work the team put in. This is a hard working bunch,” she said. “They put in a lot of hard work in the weight room to prepare their bodies to play. We were physically strong. We were able to execute our plan.”

It was another area in which the coach saw need for improvement.

“As a program we need to get better at mental toughness. We have skills for playing. We just can’t quite pull it off mentally,” she said.

She mentioned that there were quite a number of instances where the Lady Cats would have a lead late, but not be able to finish off a set with a win.

The coach didn’t offer any excuses for the team’s overall record, but the fact remains that this year was full of obstacles, most of which were put in place by COVID-19 protocols that made practicing and playing in matches much different than in past years. The Ponca City volleyball schedule included a long list of high quality opponents, which would have had an impact on the record.

The 2020 season was Hinterreiter’s initial term as head coach, although she had a long tenure as assistant to former coach Jaimee Miller.

She said she’s looking forward to getting ready for the 2021 season. What does she anticipate?

“We have a good junior class, which gives us a good place to start. We will work on moving our mental game with mental exercises. We want to warm up our minds,” she said. With the end of the

With the end of the 2020 season, seven senior players and two senior trainers depart the program. The senior players include Madison Morgan, Baylee York, Kierston Oakley, Naomi Gertken, Katie Kirchenbauer and Ashley Pittser. The trainers are Hannah Mabry and Kaitlyn Shields. Hinterreiter incicated her appreciation for the contributions of the departing seniors to the Lady Cat program.