Stone will play at NOC

By David Miller David@poncacitynews.com
Time to read
2 minutes
Print
a- a+
Published 2 weeks ago
Last updated 2 weeks ago
Read so far
In-page image(s) 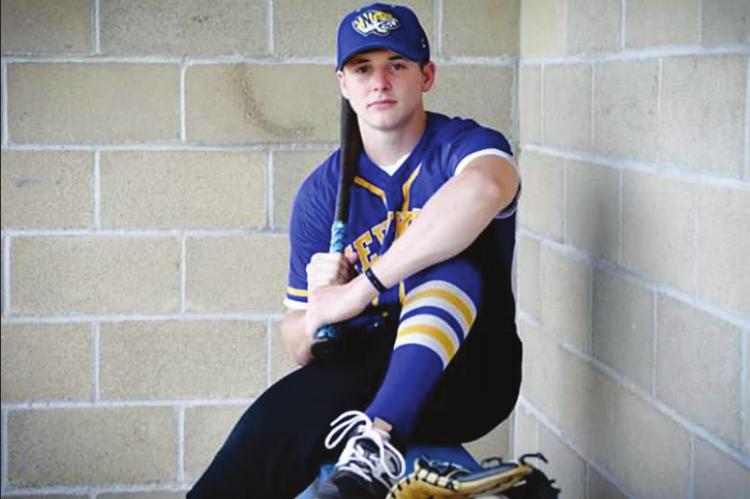 Newkirk’s Garrett Stone is set to play baseball at the next level. He recently committed verbally to play at Northern Oklahoma College in Enid.

Stone has been a four-sport athlete at Newkirk, but baseball is his passion. A pitcher, he has been the ace of the Tiger pitching staff all four years of his high school career. He relies on his fast ball, but as he says, “I get junky in situations,” switching to a slider or a change up.

In his freshman year he struck out 46 opposition batters, in his sophomore year 76 and in his junior season 63. Newkirk had played only four games this season before competition was suspended due to the COVID-19 pandemic.

After his sophomore and junior seasons, he was named to the All-Conference team in the Northern Conference as a pitcher. He has competed in the Junior Sunbelt Classics playing for Team Oklahoma, and is currently in line to play for the Oklahoma Drillers travel team out of Ripley.

In football he was a starter all four years, playing defensive back and receiver his freshman through junior years. As a senior he split time between running back and quarterback for Coach Graham Snelding.

He played basketball all four years and was a member of the Newkirk coed cheer team that won the Small School Coed Cheer state championship for two consecutive seasons in 2018 and 2019.

About his committing to NOC-Enid, he said, “It was an opportunity I couldn’t pass up. There are a couple of catchers I know that have committed to play there and that helped me make my decision.”

Stone has had a life-long interest in playing baseball. “I started at about three years old,” he said.

But his interest in the sport has been in more areas than just playing. He knows more about some of the legends of the game than a lot of persons who have been fans for a much longer period of time. He especially likes such legendary figures as Satchel Paige, Mickey Mantle, Shoeless Joe Jackson, Al Kaline and Whitey Ford, just to mention a few.

He attributes his interest in baseball history to finding a book about Satchel Paige in the school library.

“After reading that book I became curious and I started reading more biographies,” he said.

As with most seniors in spring sports, the premature end to the 2020 season was a disappointment.

“In some ways, I felt that it wasn’t fair,” he said. “I wish that it could have been the same as it has been. But everything happens for a reason and eventually works out.”

He said he had been looking forward to his senior season, hoping that this would be the year that Newkirk would advance beyond the District Tournament level. The last time the Tigers reached that plateau was in 2014. He also was hoping that his season would be good enough that he might receive some recognition for his play.

“In some ways, it has been hard. I have had four different coaches in my four years,” he said.

While he is somewhat undecided about his educational path, he said he would like to become a coach.

“I would like to be able to maintain at least a 3.6 grade point average and be a contender to be an Academic All-American,” he said.

Stone is a son of Justin and Marianna Bradley Stone.