By David Miller David@poncacitynews.com
Time to read
5 minutes
Print
a- a+
Published 1 week ago
Last updated 1 week ago
Read so far
In-page image(s) 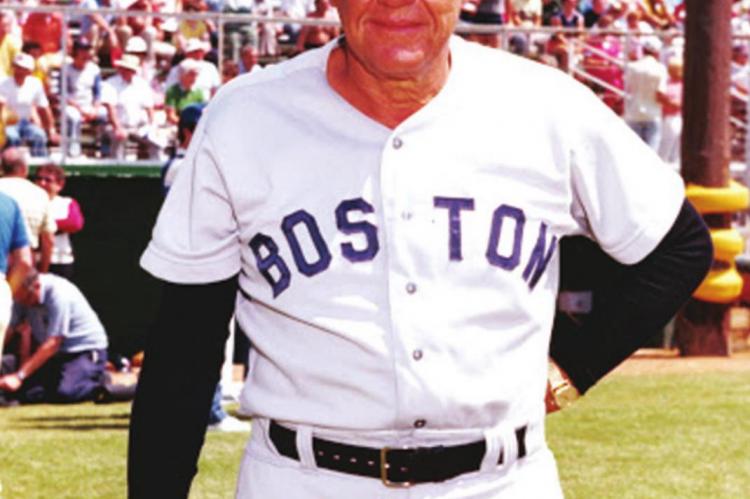 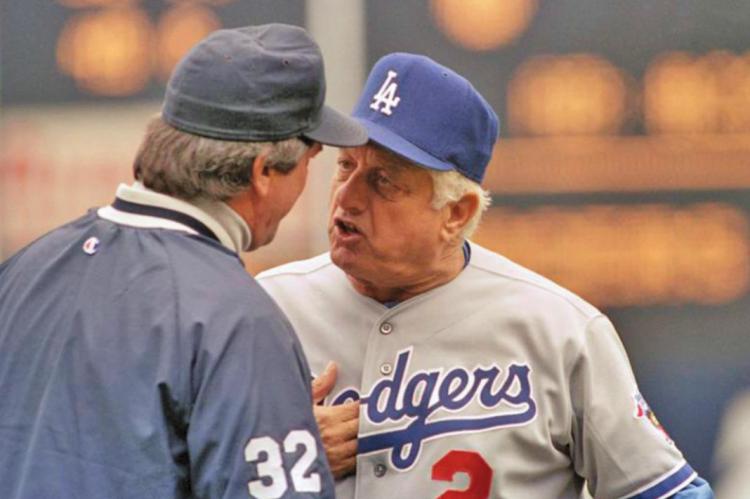 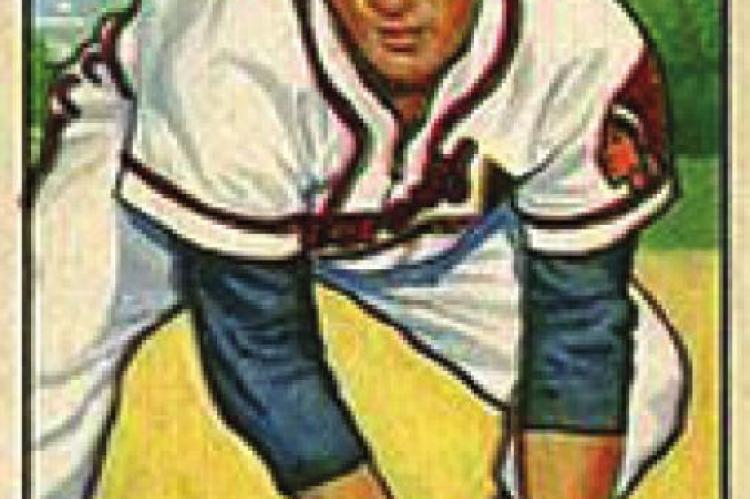 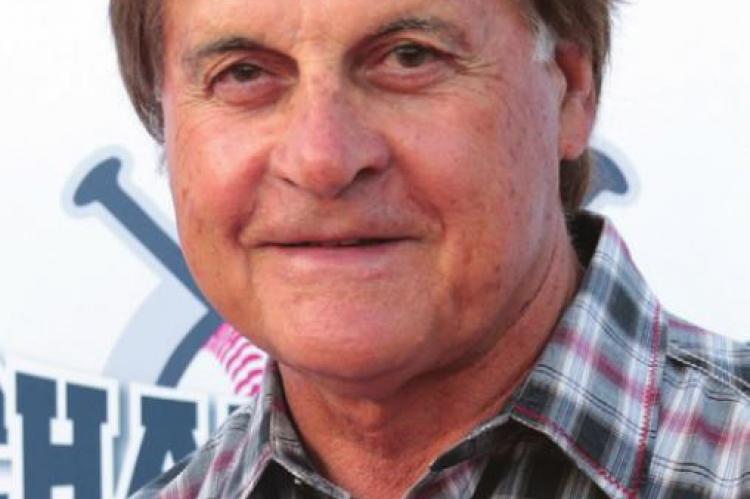 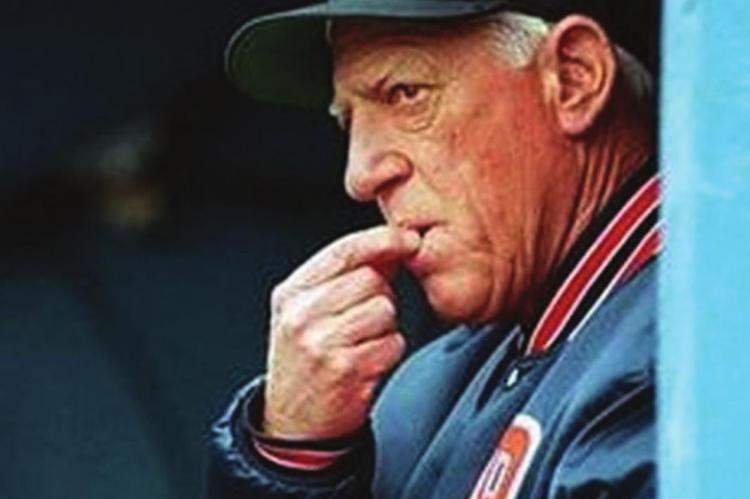 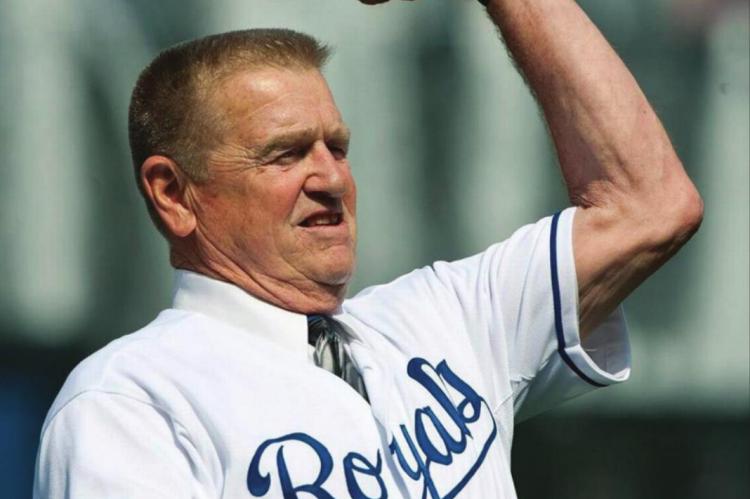 Unfortunately these days it seems that my list of things to read starts with the obituary portion of the newspaper and/ or the internet. The latter has been providing news of the passing of Hall-of-Famers from almost every sport. The latest to hit my consciousness is the death of longtime Los Angeles Dodgers manager Tommy LaSorda.

LaSorda was a colorful personality, who was usually good for some loudly voiced comment about players on his team, players on the other team, world news and many other topics. Many of his comments were not suitable for young children’s ears as he had a colorful vocabulary. He often was a guest on the late night talk shows like Johnny Carson and David Letterman, because he had stories to tell. I remember one postgame interview that was featured on Carson’s show--the reporters were asking questions after a game in which San Francisco’s Dave Kingman had hit three home runs against LaSorda’s Dodgers. It was put on as a comedy segment because when a reporter asked what he thought about Kingman’s performance, LaSorda launched into a tirade that was almost one long solid bleeping noise. “That’s the way I sometimes talk,” LaSorda said to Carson with a sheepish face.

I didn’t have a ton of personal memories of LaSorda the manager because he spent his career with a team on the west coast. Before ESPN, we didn’t have much access to west coast teams who played their games after those of us in other time zones had turned off the radio and television sets for the night. But LaSorda was a popular character who often said he “bled Dodger blue.” I do know that he was popular among the celebrity class often hobnobbing with people such as Frank Sinatra, Dean Martin and other entertainer types. And I do remember one of his famous quotes-- “There are three types of baseball players: those who make it happen, those who watch it happen and those who wonder what happens.”

Even though I don’t have a lot of personal memories of LaSorda the manager, I do have some memories of LaSorda the player. He was one of those baseball personalities who became successful managers without having a particularly successful career as a player. A pitcher, he played in three different seasons--1954 and 1955 as a Brooklyn Dodger and in 1956 as a member of the Kansas City Athletics. It is in the latter capacity that I have some memories.

The A’s moved to Kansas City in 1955 and I was an instant fan. Every chance I got, I listened to the KCA’s on radio hanging on every word of the announcers’ description of the games. I remember when announcer Merle Harmon said that Kansas City had added left handed pitcher LaSorda to its roster. He described the new acquisition as being a positive step for the A’s. I was pumped up. I had LaSorda’s baseball card and I fully expected him to be one of my favorite players. That expectation didn’t pan out as he didn’t excel. In fact, he pitched in only 18 games, had a win-loss record of 0-4 and an ERA of 6.15. The entire team wasn’t much good as the A’s finished dead last in the American League with a record of 52-102. LaSorda was traded mid-year to the Yankees for pitcher Wally Burnette, but never appeared in a Major League game again. He bounced around the minor leagues and finally became a star for Montreal Royals (a farm team of the Dodgers). He was good enough in Montreal to eventually be named to the Canadian Baseball Hall of Fame.

There are a number of other great baseball managers who never had much of a career as a player. Those who immediately come to mind are Sparky Anderson, Gene Mauch, Ralph Houk, Whitey Herzog and Tony LaRusso.

Anderson played only one season in the Majors as an infielder for the Philadelphia Phillies. His record shows that he played in 152 games for the Phillies in 1959 ending the season with a .218 batting average. The Phillies demoted him to the minor leagues after that season and he never played in the Majors again. Like LaSorda, he had started in the Brooklyn Dodger farm system. As a manager he had nine seasons with the Cincinnati Reds and 17 years with the Detroit Tigers, with a career win-loss record of 2,194-1,834. His teams won three World Series, two with Cincinnati and one with Detroit.

Gene Mauch bounced around as a player with stints on the Dodgers, Pittsburgh Pirates, Dodgers again, Chicago Cubs, Boston Braves, St. Louis Cardinals and Boston Red Sox. He was never more than a utility player and in his nine years in the Majors and played in only 304 games. His career batting average was .239. He was a manager for 26 years with the Philadelphia Phillies, the Montreal Expos, the Minnesota Twins and the California Angels. He was known as a good manager, but never won a championship. His 1964 team led for much of the season, but in the end lost the National League title to the St. Louis Cardinals. His 1986 Angel team won the American League West Division, and led in the Championship Series against the Boston Red Sox, but eventually lost in seven games. Mauch carried the rap of not being able to win important games. One thing I had in common with Mauch was that he was a native Kansan, having been born and reared in Salina.

Like Mauch, Ralph Houk was a native Kansan. Houk was born on a farm in the rural community of Stull. I found out in later years that his family lived near the family of an aunt of mine. Houk also shared my birthday (Aug. 9) although he was born 32 years before I was. Like Mauch, Houk played quite a few years (eight to be exact) in the majors, but the 41 games in which he appeared in 1947 was the most he ever registered in a year. All told, he played in 91 games in eight seasons for the Yankees. He was a catcher behind Yogi Berra, which explains why he didn’t get in many games. Actually his lifetime batting average was a respectable .272. As a manager, Houk led the Yankees in two different stints (1961-1963 and 1966 to 1973), the Detroit Tigers from 1974 to 1978, and the Boston Red Sox from 1981 to 1984. He was LaSorda’s manager when LaSorda played for the Denver Bears in the American Association. LaSorda credited Houk with teaching him how to manage effectively.

Whitey Herzog played in 634 games over eight years and had a couple of seasons in which he played more than 100 games. But I include him in my list of so-so players who became great managers because I feel a special connection to him. He started out with the Washington Senators, and I had his baseball card. His first name is Dorrel which was unique. Not too many folks are named Dorrel. I have a nephew named Darrell and as a youngster I thought Herzog’s parents didn’t know how to spell. Early in the 1958 season Herzog was traded to Kansas City. Again I remember KC announcer Merle Harmon making a big deal about the acquisition. “He will help us a lot,” I vividly remember Harmon as saying. Anyone who could help the A’s in those years was worth paying attention to. Herzog, an outfielder, played in 88 games in 1958, 38 the next season and 83 in 1960. His best year in KC was 1960 in which he batted .266. He was traded to Baltimore in 1961 and had his best year batting .291. As a manager he had some very good years with the Kansas City Royals and with the St. Louis Cardinals. Like LaSorda, he was a colorful personality and he was a favorite of electronic and print media reporters.

Tony LaRussa got his start in Kansas City playing for the A’s in 1963. Later he played for the A’s in Oakland and then was on the roster of the Atlanta Braves in 1971 and the Chicago Cubs in 1973. He was a utility infielder and his best year was in 1970 with Oakland when he batted .199 in 52 games. As those stats would indicate his induction into Baseball’s Hall of Fame didn’t happen because of his playing career. He had tremendous success as manager of the Chicago White Sox, the Oakland Athletics and the St. Louis Cardinals. Overall he managed 33 years, from 1979 until his retirement in 2011. He became the hero of old guys forever when he decided to come out of retirement to manage the 2021 Chicago White Sox. He is 76 years old.