By David Miller David@poncacitynews.com
Time to read
2 minutes
Print
a- a+
Published 3 weeks ago
Last updated 3 weeks ago
Read so far
In-page image(s) 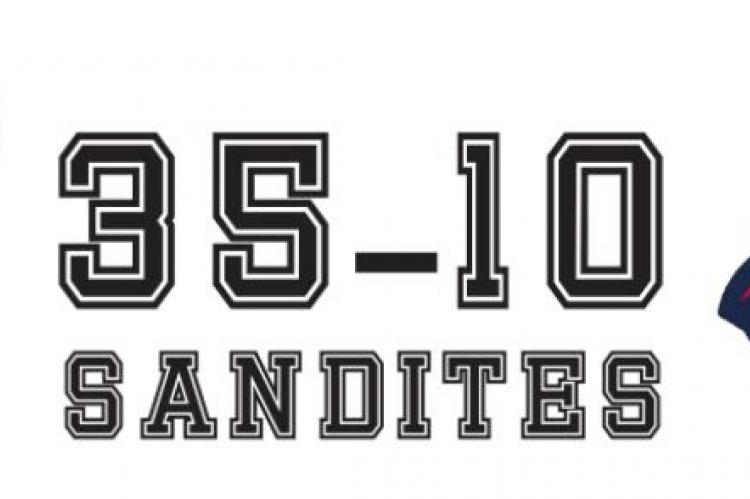 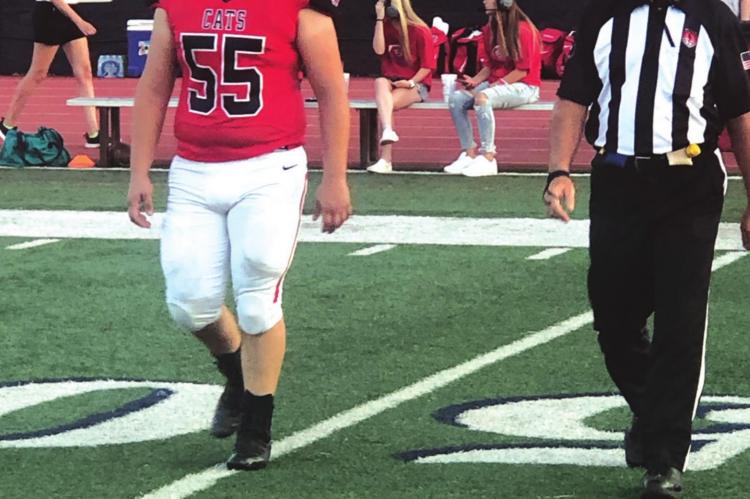 The Ponca City Wildcats put up a battle with the Sand Springs Sandites for a good portion of the game, but when it was all said and done, they lost a 35-10 decision to the visitors in the district opener.

In the contest played at Sullins Stadium, the score was 0-0 after one quarter and 7-0 at the half. The third quarter ended with Ponca City trailing 21-7, but still pretty much in the game. The Wildcats pulled closer in the opening minutes of the final quarter to draw the score to 21-10. But then things went south in a hurry and the Sandites scored 14 unanswered points to close out the game.

Ponca City took the opening kickoff and started moving the ball effectively. 16-yard gains by Sam McKinney and Cam Jackson were the Wildcats’ first two plays from scrimmage. But then the Sand Springs defense tightened and the Wildcats turned the ball over on downs. The Sandites also moved the ball effectively to get the ball down to the Wildcat 7-yard line. A play later the ball was on the one-yard line but two consecutive fumbles by Sand Springs kept the ball from crossing the goal line. On the second fumble, Ponca City’s Lane Scholey fell on the ball in the end zone to stop the drive and give the Wildcats possession on their own 20.

The two teams exchanged punts, but a fumble as Ponca City was receiving a Sandite punt gave the visitors the ball with good field position on the 36 yard line. Ponca City sacked Sandite quarterback Ty Pennington for a 10-yard loss, but two plays later a 35 yard completed pass from Pennington to Jamon Sisco got the ball close to the Wildcat goal two plays later Pennington ran the ball in for a six-yard score. A successful kick gave the Sandites a 7-0 lead.

There were several punt exchanges and the Sandites got the ball deep into Ponca City territory but couldn’t score. The half ended 7-0 and Ponca City’s defensive unit had kept the Wildcats in the game.

Sand Springs took the opening kickoff of the second half and again mounted a decent drive before turning the ball over on downs at the Ponca City 29. An interception stopped the Wildcats next drive and then each team exchanged punts.

Sand Springs ended the defensive standoff with 4:32 to play in the third quarter as Pennington threw a 26-yard touchdown pass. A kick gave the Sandites a 14-0 lead.

Ponca City responded with a 65-yard drive for a touchdown with 1:06 left in the period. The big play was a 45-yard ramble by Jackson. The score came on a 16-yard pass from Nate Harbeson to Brett Haney. Spencer Ball’s kick made the score 14-7.

It appeared the Wildcats were within striking distance, but Sisco ended that thought quickly as he ran back the ensuing kickoff 90 yards for a Sandite score. What was a one-touchdown game now was 21-7. Jackson made a series of good runs that took the ball into Sandite territory and when the drive stalled, Ball kicked a 40-yard field goal to put the score at 21-10. From that point on, the game was controlled by a series of yellow flags against the Wildcats, including a couple on the Ponca City sidelines. Sand Springs scored on a fiveyard pass play with 7:51 left in the game and again on an eightyard running play with 4:14 to play and that was the end of the game’s scoring,

The Sandites boosted their record to 3-1 with the win and Ponca City is now 1-2. The Wildcats are scheduled to travel to Choctaw for another district game next week.