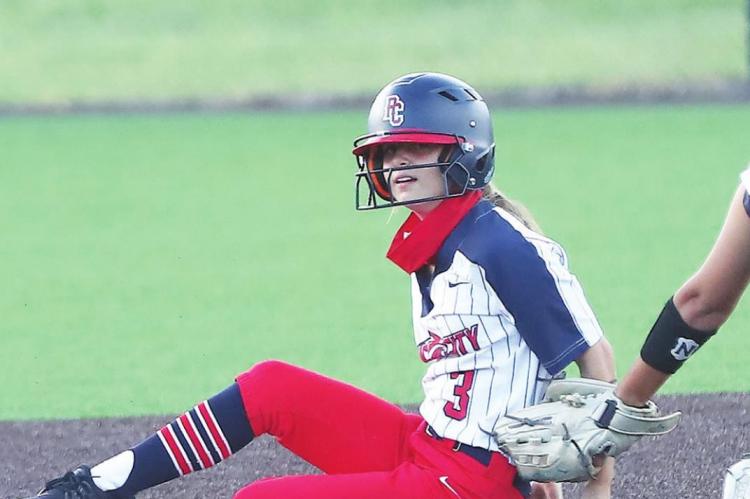 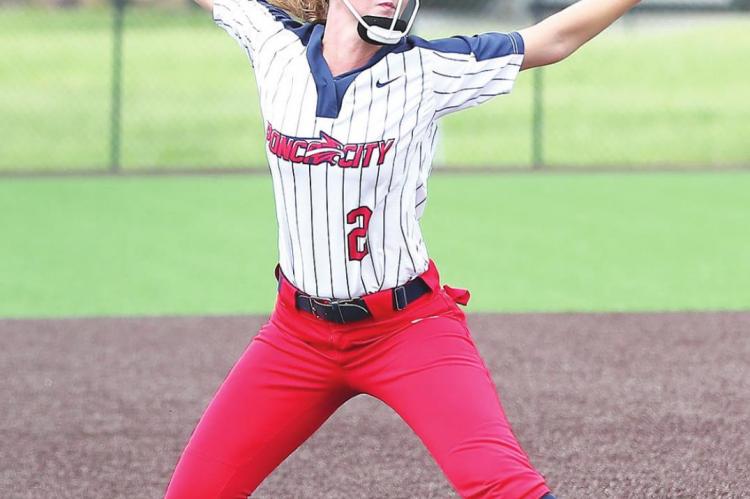 The Ponca City Lady Cats softball team opened the 2020 season with a pair of losses Monday.

In games played at the West Middle School softball field, the Lady Cats lost first to Chandler 6-0 and then latter in the day were beaten 9-6 by Blackwell.

The game with Chandler was interrupted twice by weather concerns, which passed over quickly.

Blackwell jumped out on top in the second game with four runs in the first inning and never trailed. Ponca City cut into the lead by scoring twice in the bottom of the first. A Ponca City run in the third made the score 4-3. Blackwell scored a run in the fifth inning and two in the sixth to boost its lead to 7-3. The Lady Cats came back with two in the sixth to cut into Blackwell’s lead, but the Lady Maroons scored two of their own in the seventh to make the score 9-5. Ponca City had a rally going in the seventh, but could only score once.

Savannah Clark was the pitcher for Ponca City, going the distance.

In Ponca City’s two-run first. Taylin Fry led off by drawing a walk. Savannah Clark was hit by a pitch to put two runners on base. Allanah Florez was out on a fly to center but a single by Margeret Blackstar scored Fry. Madelyn Blackstar drove home courtesy runner Emily Harraman with sacrifice fly to center.

In the third inning Savannah Clark reached on an error. Florez walked and Margaret Blackstar singled to load the bases. Madelyn Blackstar singled to score Harraman, again a courtesy runner for Clark. Blackwell ended the Lady Cats’ threat by picking up a third-to-home-to first double play.

Fry led off the sixth with a walk and scored when Savannah Clark doubled to the fence. Harraman, again running for Clark, worked her way around the bases and scored the inning’s second run on a wild pitch.

In the seventh Alex Zimmerschied walked to start the inning. Taylor McMartin reached on a fielder’s choice as Zimmerschied was forced at second. A pair of wild pitches got McMartin to third and she scored as pinchhitter Libby Clark reached on an error. Fry walked to keep things alive for the Lady Cats, but Blackwell was able to end the inning and the game without any more damage.

This week’s schedule is a busy one for the Lady Cats varsity. They were set for a game Tuesday in Sand Springs and the another Thursday in Muskogee.