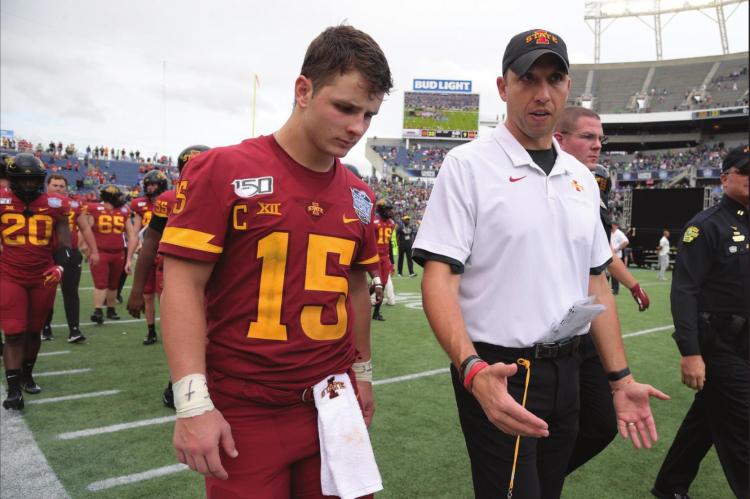 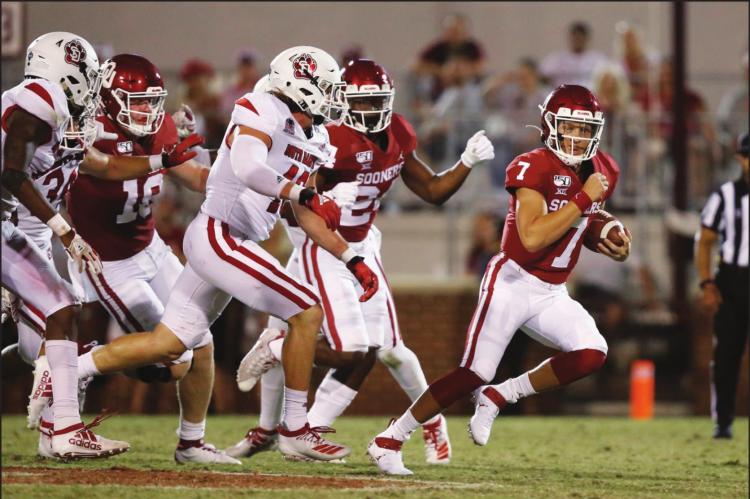 Some things to watch in the Big 12 Conference during the delayed opening weekend of the league’s 25th season, with just seven teams set to play their only non-conference games at home this weekend after three games were postponed because of the coronavirus:

GAME OF THE WEEK

No. 23 Iowa State vs. Louisiana-Lafayette. Like so many teams playing this fall, this wasn’t the season-opening matchup either team planned. The Cyclones, with junior quarterback Brock Purdy after he led the Big 12 with 306 yards passing per game last season, will open against an FBS opponent for the first time under fifth-year coach Matt Campbell. They had been scheduled to play FCS team South Dakota. The Ragin’ Cajuns won a schoolrecord 11 games last season, and return senior quarterback Levi Lewis (3,050 yards passing, 26 touchdowns), along with two running backs who combined for 1,967 yards rushing and 27 TDs last season, part of single-season school records of 3,604 yards rushing and 42 TDs.

A rematch, which Kansas unexpectedly gets to play at home. Coastal Carolina, which beat the Jayhawks 12-7 last season in coach Les Miles’ second game, is again making the trip to Lawrence since the Big 12 required its teams to play their lone nonconference games at home after reducing the schedule to 10 games. There will be no fans in the stands for a game that was initially supposed to be played in Conway, South Carolina. Among the returning experienced offensive players for the Chanticleers is 1,000-yard rusher C.J. Marable, the senior running back who scored both their touchdowns last year in the school’s first win over a Power Five team.

Three postponed openers: No. 15 Oklahoma State vs. Tulsa; Baylor vs. Louisiana Tech; and TCU vs. SMU. ... Fifth-ranked Oklahoma is 3 for 3 in winning Big 12 championships and making the College Football Playoff since Lincoln Riley became head coach. The Sooners have won the last five conference titles, the first two in that stretch with Riley as offensive coordinator under Bob Stoops. ... Kansas State senior quarterback Skylar Thompson, who has started 27 games, is one of only four quarterbacks in school history with at least 4,000 yards passing and 1,000 yards rushing. ... Big 12 teams went 9-0 on the opening weekend of the 2019 season.

No. 14 Texas is a six-touchdown favorite over UTEP, which with a 24-14 win over FCS team Stephen F. Austin last week has already matched its victory total for each of the past two seasons. The Miners have had consecutive 1-11 seasons since going 0-12 in 2017. The Longhorns have a 5-0 series lead against UTEP, winning those games by an average score of 39-7.

Redshirt freshman Spencer Rattler is Oklahoma’s fourth starting quarterback in four seasons, the first in that span who didn’t transfer in from another Power Five school. The consensus No. 1 quarterback recruit when he signed with the Sooners in the 2019 class, Rattler learned last year from former Alabama transfer Jalen Hurts, the Heisman Trophy runner-up after Baker Mayfield and Kyler Murray won Heismans the previous two years. Rattler’s starting debut comes against FCS team Missouri State and its new coach, Bobby Petrino.