This and That About Sports 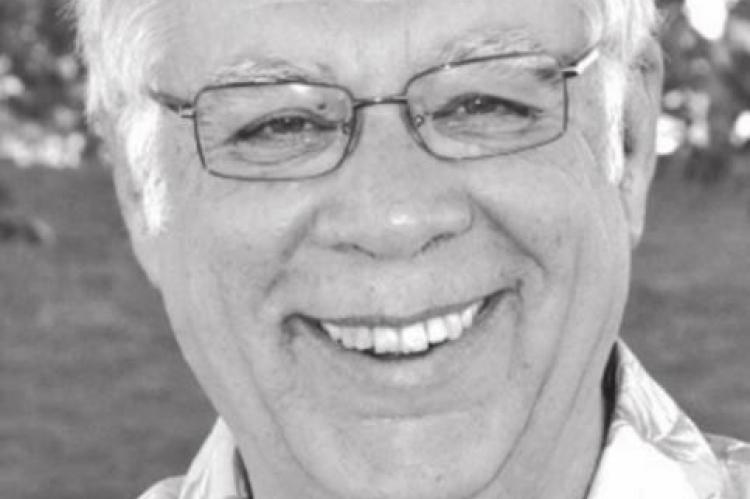 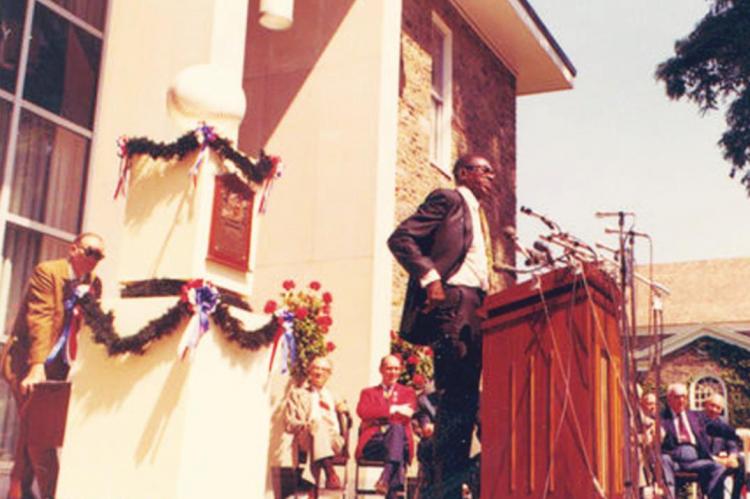 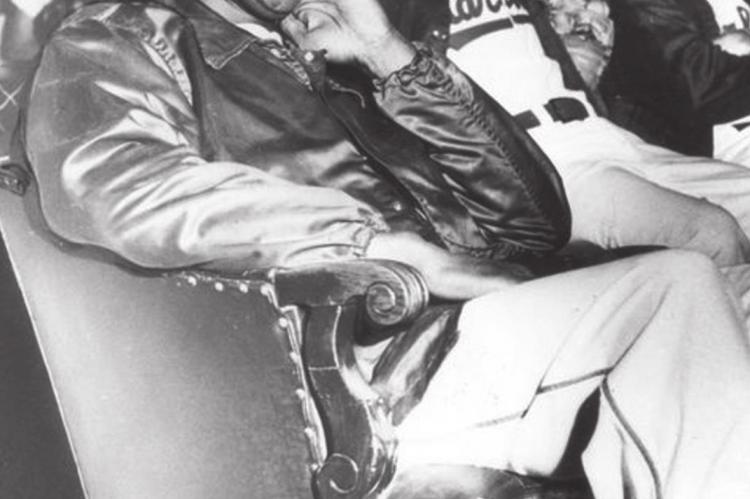 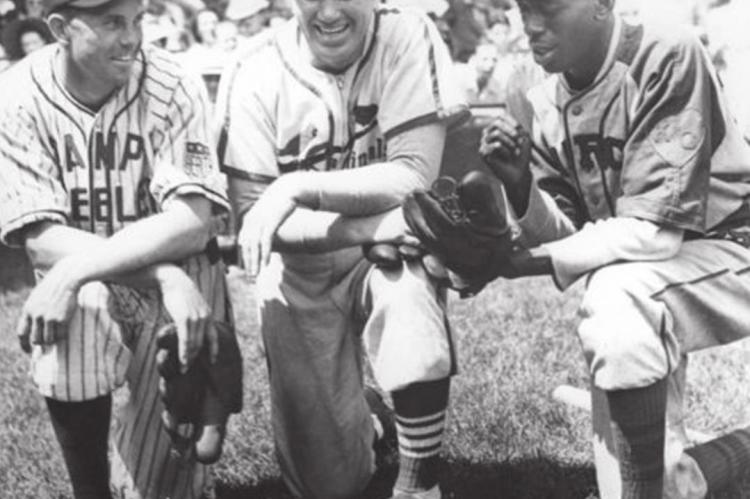 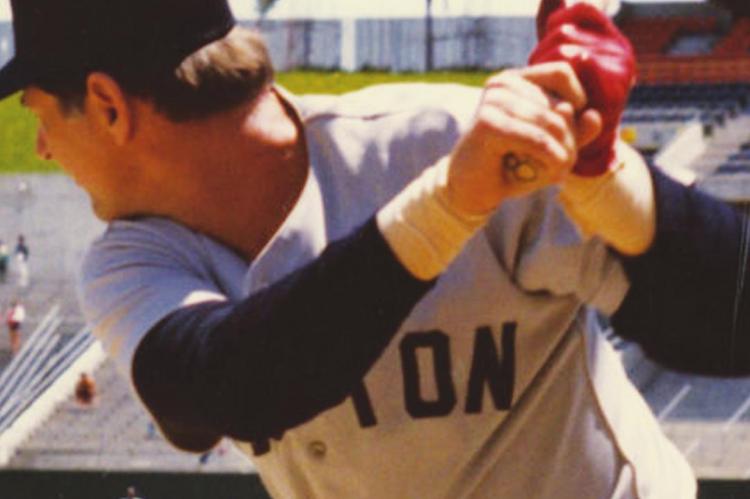 In a recent interview with Newkirk senior baseball player Garrett Stone, I was reminded of something the two of us share — an admiration for baseball legend Satchel Paige. I had known about young Mr. Stone’s interest in Satchel Paige from an earlier time when the two of us were introduced and the conversation drifted in that direction.

His interest in Satchel Paige came from a book he encountered in the school library. I am not exactly sure of when I first became a fan, but I do know that it goes back many, many years.

In remembering these things my mind went to several things. First, were the claims made about Mr. Paige, some made by himself. He pitched in about 2,500 games with at least 50 no-hitters and an estimated 10 million people paid to see him play. It is said that he sometimes made his infielders sit down in an inning while he struck out the three opposing batters. It is said that in the 1942 Negro League World Series he intentionally loaded the bases to strike out famed hitter Josh Gibson on three pitches. Hall-of-famers Joe DiMaggio, Dizzy Dean and Bob Feller, who went up against him in exhibition games, all swore that his famous pitches (the beeball, the jump ball, the twohump blooper and his fast ball) were as good as Satchel said they were. Baseball old-timer Johnny Pesky swore that Satchel’s fast ball was at least 100-MPH.

Another thought went back to when Satchel Paige pitched in a game for the Kansas City Athletics at age 59. It was Sept. 25, 1965. I was working in Russell, Kan. at the time and I made a special effort to listen to the game on the radio. Satch had been itching for a chance to prove that he could still pitch, even though it had been 11 years since he officially retired from baseball. Charles O. Finley, owner of the A’s, was always wanting to find some kind of promotion to draw fans into Kansas City’s Municipal Stadium. He had nothing to lose because his team was 40 games out of first place. So it was announced that Paige had been signed to an A’s contract and would start a game against the Boston Red Sox.

Paige pitched three innings. While I didn’t remember many details, the fact that he did quite well was a part of my recollection. I remember being amazed at how well the “old” guy did. My amazement was heightened by the accolades that were uttered by the KC announcers. Looking up the incident, I found a story from the Kansas City Star filed by Hall of Fame sports reporter Joe McGuff. The headline reads “Satch Can Still Wow the Fans--And Make Swingers Look Silly.”

McGuff’s lead: “Satchel Paige, the grand old man of the playing ranks was never grander than he was the night of September 25, when he started for the Athletics and shut out the Red Sox on one hit over three innings.” “Paige was removed after

“Paige was removed after throwing a few warm-up pitches in the fourth and left the mound to a standing ovation. He went to the clubhouse, but was called back. All the lights were turned out and the fans struck matches. Then everyone sang “Old Rocking Chair,” “Darling I Am Growing Old” and “The Old Gray Mare,” McGuff’s story continues.

The one hit off of Paige was by Boston’s Carl Yastrzemski, who doubled with two out in the first inning. Yaz had taken the first three pitches for balls and with the count 3-0, Paige grooved a pitch that Yaz belted off the outfield wall. Satchel struck out one Red Sox batter (pitcher Bill Monbouquette) and walked no one. He threw only 28 pitches in the three innings, according to McGuff’s story, including 14 in the first inning, six in the second and eight in the third. McGuff said that the A’s players were genuinely surprised at how well the ancient pitcher did. They had expected the Red Sox batters to tee off.

“Everyone doubted me on the ball club,” Paige was quoted as saying. “They’ll have more confidence in me now. Before, they only took my word for it. Don’t forget, I haven’t been up in this league in 15 years (actually 11). Now I’ll stay in shape because they know what I can do.”

McGuff described the pitching performance as “remarkable in view of the fact Paige is either 59 (his count), 61 (Baseball Register) or 65 (White Sox owner Bill Veeck’s thought).”

Finley counted the promotion as being highly successful. The fact that only 9,269 fans were in attendance indicates how desperate the A’s owner was for drawing fans. Satchel was a showman at heart. Instead of sitting with the team in the dugout for that game against the Red Sox, he sat in a rocking chair on the playing field just outside of the dugout. He told reporters that at his age he was “too close to being below ground as it is.”

In thinking about Satchel Paige, my mind also went to his association with Dizzy Dean. The two never competed in an actual Major League Baseball game because Dean had retired long before Paige made his first MLB appearance as a Cleveland Indian in 1948. But the two did meet up often in barnstorming games played during baseball’s offseason.

It is difficult to imagine nowadays with baseball players making millions of dollars each season, but back in Diz and Satch’s day most big leaguers had to play in these offseason games to supplement their salaries. For most of his career, Satch played in the Negro Leagues, which didn’t pay nearly as well as their white counterparts. Dean and Paige were both showmen and they drew crowds to watch them play in places like Kokomo, Ind., Odessa, Texas and San Jose, Calif.

In one thing I read, Dizzy Dean went on a radio station in Oklahoma City before a game there and said “Satchel Paige doesn’t have a clue on how to throw a curve.” The next day when Dean came to bat. Paige threw three straight curves making Dean swing and miss by a mile. “How’s that for a guy who ain’t got a curve ball,” Paige yelled.

Years later, when asked how good Satchel Paige was, Dizzy Dean would usually say without hesitation that “Satch was the best pitcher who ever lived.”

The last thing that came to mind was that Satchel Paige was a philosopher of sorts. He had a number of sayings that have been attributed to him. Some of his most memorable include:

“Don’t look back. Something might be gaining on you.”

“How old would you be if you didn’t know how old you are?”

“Age is a question of mind over matter. If you don’t mind, it doesn’t matter.”

“Ain’t no man can avoid being born average, but there ain’t no man got to be common.”

“If your stomach disputes you, lie down and pacify it with cool thoughts.”