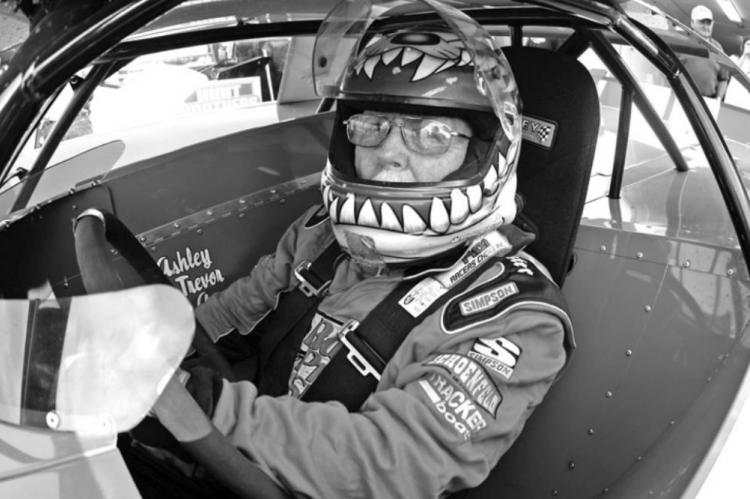 NASCAR Hall of Fame inductee Red Farmer is recovering at home after being hospitalized due to COVID-19, according to WBRC and WVTM of Alabama. Farmer, 87, was selected as a member of the 2021 NASCAR Hall of Fame class earlier this year alongside former drivers Dale Earnhardt Jr. and Mike Stefanik.

Farmer, who was part of the original “Alabama Gang” and is still an active driver, is recovering at home in Hueytown, Ala., after spending five days at a Birmingham hospital, according to WVTM. A family friend of Farmer’s, Elisa Allison Sproule, told WBRC that Farmer “had kidney issues before COVID, so they’re watching him very closely, but (he’s) doing much better and glad to be home.”

Farmer told WVTM 13 cohost Rick Karle that he experienced a 104-degree fever and his blood pressure was over 200, adding that his symptoms “felt like a truck ran over me and then drove in reverse and ran over me again.”

“The doctors at Grandview (Medical Center) told me if I went in a day later, I may not have made it,” Farmer told WVTM. “Those doctors and nurses saved my life.”

Karle reported that Farmer has lost 12 pounds over the last few weeks, but he is working to rebuild his strength in order to return to racing at Talladega in a few weeks. His 14 days of quarantine will end this weekend, according to Karle.

“If I can get some rest, I can go out to the Talladega short track this weekend to work on a car,” Farmer told WVTM. “Then next weekend, I can drive my car, and then I can drive in two races on Talladega weekend in early October.”

According to WBRC, Sproule said Farmer “encourages everyone to wear a mask and be safe.”

Farmer has won more than 750 short track races and the 1956 NASCAR Modified championship.