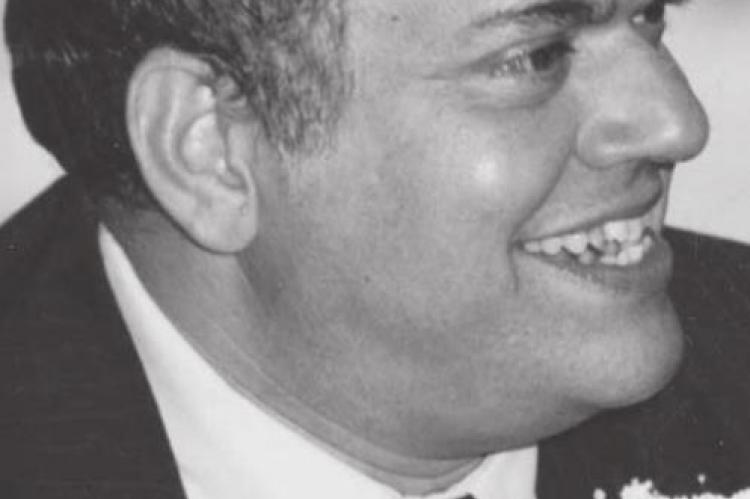 Uday Shridhar Hattiangadi (1943-2020) died peacefully surrounded by family on April 27th, after suffering a stroke on April 9th. Uday took pleasure in planting flowers in his garden, providing for his family, writing (both complimentary and complaint) letters, and traveling internationally. His sharp intellect, quiet demeanor, and generous love for his family and friends will be forever missed by his beloved wife of 50 years, Villoo Hattiangadi; his daughters, Anita Hattiangadi & Nina Thomas; his sister-in-law Freny; his son-in-law Dave; his niece Anisha and nephew Rohin; his grandson Kiran; and many relatives in the US, Canada, and India. His family draws comfort from the thought that Uday is reunited with his loving mother, Vasanti, who he missed dearly throughout his life.

Uday grew up in Bombay, India where he attended the Cathedral & John Connon School, Elphinstone College, and the Indian Institute of Technology (IIT). In 1963, he came to the US to attend Cornell University, where he received his MS in Chemical Engineering. He joined Conoco in 1965, serving in many roles in his adopted hometown of Ponca City, OK during his 27-year career and retiring as a Senior Supervising Engineer. He took great pride in his many accomplishments there, including the development of three patents, numerous publications, and refineries in Japan, Algeria, France, Finland, and Romania.

After three years as a coowner of Embassy Travel, he decided that retirement wasn’t for him, so he and Villoo moved to Houston, TX where he subsequently worked at Raytheon, Washington Group, and KBR until 2012. A lifetime member of the American Institute of Chemical Engineers, Uday kept extensive work papers and artifacts that will be donated to the Conoco Museum.

He leaves behind a community of colleagues, close friends, and acquaintances touched by his integrity, honesty, and intellect. His family is grateful for the compassionate in-home hospice care provided to him by Vitas Healthcare during his last week on earth.

A celebration of his life will be held in Houston at a later date. In lieu of flowers, the family requests donations to a cause close to Uday’s heart: Doctors Without Borders or the charity of your choice.