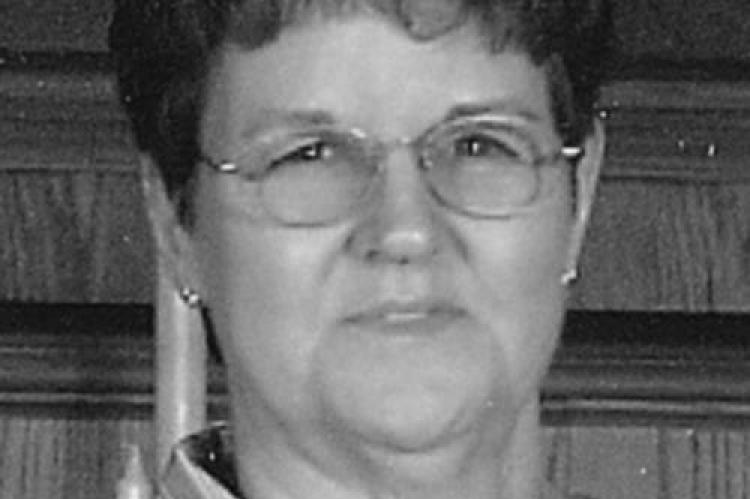 Mary joined her momma and daddy in heaven on January 2, 2021 after complications from congestive heart failure at Integris Health Edmond, in Edmond, OK. Mary was born August 21, 1947 to Charles and Frances (Schauer) Wayman in Ponca City, OK. She attended Ponca City Schools and graduated with the Class of 1965.

After graduation, Mary married Michael Mowdy and they had three children. Mary held various jobs over the years. Her earlier hobbies were horses and sewing. She was a very good seamstress, sewing clothes, costumes, and stuffed animals for her daughter.

Mary later married Sonny Ball and moved to Newkirk where she resided for several years. She enjoyed watching her sons play football and rooting for the Tigers. Mary later took up crocheting, cross stitch, and plastic canvas crafts. She enjoyed making afghans for the guys at the Newkirk Fire Department. They were always accommodating whenever she had health concerns.

She moved back to Ponca City and did some traveling until her health prevented her from going. She enjoyed crafting projects, her dog, and caring for her little yard. Mary is survived by her daughter and two sons; Marty J. Hunsucker and husband Whit, John Mowdy and wife Tonya, James Mowdy currently serving in the United States Army, and wife Luminita; three granddaughters, Sarah Beth Hunsucker, Savannah Appel, and Emylee Mowdy; sister Geannie Bush; a niece, nephews, and cousins.

There will be a private memorial service for family on a later date. Mary requested that memorial donations be made to the Wounded Warrior Project. Condolences and memories can be left at www.troutfuneralhome.com.