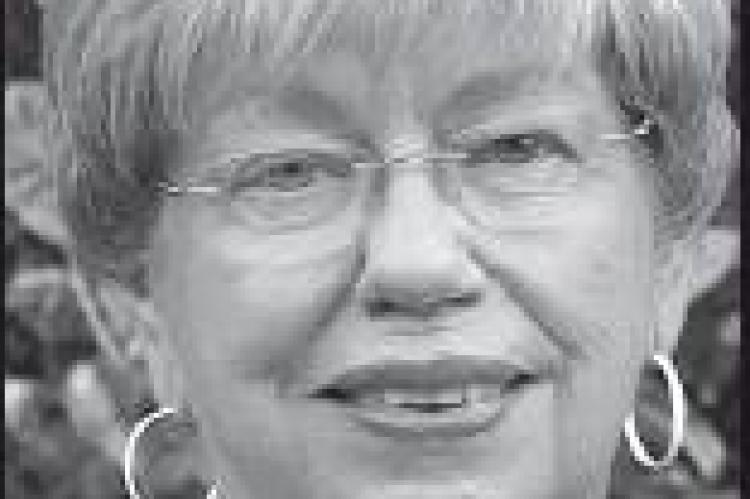 Margaret “Margie” Ann Yates, resident of Ponca City, passed away on Friday, January 10, 2020 in Edmond, Oklahoma. She was 81 years old. Margaret was born on March 4, 1938 in Ponca City to her parents, Lloyd and Milda Rose (Halstead) Cook.

She grew up in the Ponca City area and graduated from Ponca City High School in 1956. She met the love of her life, Garry Yates, in the second grade at Jefferson Elementary School when the two shared a little kiss on the steps to the building.

Garry was disciplined for his actions and years later, married Margaret on Friday, July 13, 1955. Although friends and family said it would never last, their marriage was full of great stories and lasted 64 years.

Margaret was an artist and painted using water colors, oil, and pastels. She and Garry attended many art shows all over the world.

Her paintings can be found as far away as Europe and England and as nearby as at the Ponca City Post Office and even at Trout Funeral Home. She enjoyed painting seascapes and flowers. She drew much inspiration from the ocean in Monterey Bay, California when the couple lived there for four years.

Margaret enjoyed attending and serving at her church, as well as raising and tending to her many house plants and flower gardens at home.

Margaret will be deeply missed by her husband of 64 years and true life partner, Garry Yates of Ponca City, OK, son, Garry Wayne Yates and wife Catherine of Dallas, Texas, and her sister, Joyce Eisenberg of Arizona.

Margaret was preceded in death by her brothers, Paul Cook, John Cook, and Robert Cook, and her precious baby twins, Carrie Yates and David Yates.

A Celebration of Life Ceremony will be held at 2:00pm on Saturday, January 18, 2020 at Connect Church, where Margaret’s pastor of 20 years, Mark Busch will be officiating. Donations may be made in Margaret’s name to Connect Church, 1101 W. Grand Ave., Ponca City, OK 74601, where she attended for over 75 years.

Cremation arrangements are under the direction of Trout Funeral Home & Crematory. paid obituary