Leon Preston Lewis, 93, of Ponca City, Oklahoma passed away February 12, 2020 in Derby, Kansas. Arrangements are under the direction of Trout Funeral Home and Crematory. Visitation will be Friday, February 14, with the family present, from 5 to 7 p.m. The funeral service will be held on Saturday, February 15, 2020 at 2:00 p.m. at Northeast Baptist Church with Dr. Larry Nigh officiating. Leon will be laid to rest at Longwood Cemetery following the service.

Leon was born on August 4, 1926, in Ponca City, Oklahoma to Dorr and Opal (Watson) Lewis, the oldest of ten children. He grew up on a farm east of Ponca City. As a teenager, he worked for area farmers using horse-drawn equipment. He loved farming and growing vegetables and flowers. He always had a large garden once he moved to the city. He was active in the Baptist church, including serving as a deacon. He enjoyed listening to gospel and country-western music. He graduated from Ponca City High School in 1944. He then worked at Edwards Implements, repairing farm equipment, until he was drafted into the Army during World War II, stationed in occupied Japan. Upon returning home, he met Doris Graham and they were married on May 4, 1947 in Ponca City. The family moved to Kansas in 1955. He was employed by various companies, including working 19 years as a controlroom operator for Kansas Power & Light Company, retiring in 1990 and returning to Ponca City.

Preceding him in death were his parents; brothers Donald, Dale, Ernie, Johnny, and Garland; and sisters Laverna Arriet and Naomi Chartier.

Memorial contributions may be made to Northeast Baptist Church, 2200 N. Pecan Road, Ponca City, OK 74604. The family would like for you to leave memories of Leon at www.troutfuneralhome.com.

Shooting case will go to trial 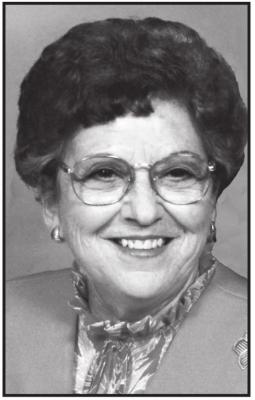