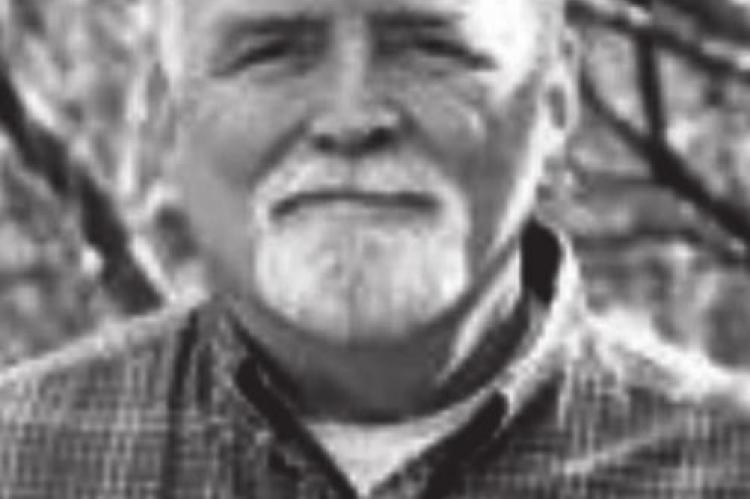 John F Doughty, a lifelong resident of Ponca City, passed away Friday November 20, 2020 in his home, surrounded by his wife and daughters. John bravely fought lung cancer for 4 years.

Born November 26, 1954 to Joe and Josephine (Lawler) Doughty. He attended Ponca City schools, graduating in 1973. Following graduation, he enlisted in the United States Marine Corp. He served with the 2nd battalion, 12th Marine, 3rd Division. After his service, John returned to Ponca City and began his career at Conoco. Dedicating 40 years to the company, working first in the printing department, as a Master Press Operator, and then as an Emergency Shift Coordinator. John also served on the Fire Brigade and retired in 2019. In August of 1980, John

In August of 1980, John married the love of his life Patty Walker in Arkansas City, Kansas. In August of 2020 John and Patty celebrated 40 years of marriage. Of this union their children Jennifer, Kayla and Meghan were born. They made their home in the McCord area of Osage County where John was an active member of the community. He enjoyed coaching basketball for his daughters and helping both his own children and the other members of McCord 4-H with their livestock projects. Seeing a need for a volunteer fire department, John and a group of friends started on the task of forming the McCord Volunteer Fire Department. He served as Chief of the department from 1992 to 2003. He also served on the McCord Rural Water Board.

John was a lifelong member of St. Mary’s Catholic Church, were he served as an Usher and member of The Knights of Columbus. John also served as the District Deputy for Kay County.

In his spare time John could be found on the sidelines of his grandkids sporting events. He was their biggest cheerleader. He also enjoyed helping them with their livestock projects and traveling to shows. This involvement began John’s raising of goats, for which he adopted the name Grumpy Ole Goat and Angry Bee farm. He loved to hunt with his cousins and grandsons. Upon retirement he became interested in beekeeping and joined the North Central Oklahoma Bee Keepers Association. John, his daughters, and grandkids spent several months during the spring building 3 beehives.

John is proceeded in death by his parents Joe and Josephine Doughty. Grandparents, John and Velma Lawler, and Charles and Nellie Doughty.

John is survived by his wife Patty of the home. Daughters Jennifer Morgan and husband Jeff. Kayla Johnson and husband Tyson. Meg Murr and husband Jared. Grandchildren Hunter, Hailey, Makenna and Bailee Morgan, Hayden Johnson, Kennedy and Jackson Murr. Sisters Patty Lawson and husband Ron of Tulsa. Karen Luis and husband Mike of Ponca City and Mary Ryberg and husband Brett of the Woodlands, Tx. Father in law, David Walker of Arkansas City, Ks. Nieces and Nephews Casey Luis, Spencer Lawson and Kady (Lawson) Kearney. Along with an extensive group of close cousins who were always more like brothers. Casket bearers will be Hunter Morgan, Jeff Morgan, Tyson Johnson, Jared Murr, Ben Lawler, Jeff Limpke, Mark Lechtenburg, and David Czaplinski. Honorary casketbearers will be his McCord VFD and Phillips 66 firefighter brotherhood. Memorial contributions may be made to North Central Oklahoma Hospice and Northern Oklahoma Humane Society in honor of his love for his dogs who were adopted from the shelter. Arrangements are under the direction of Trout Funeral Home.

A viewing will be held Wednesday the November 25, 2020 from 6-8pm. Mass of Christian burial will be held at St. Mary’s Catholic Church Friday November 27, 2020 at 10 am under the direction of Father Carson. Internment will follow at Longwood Cemetery. We invite you to leave a message of condolence, expression of sympathy or perhaps share a memory of John at www. troutfuneralhome.com