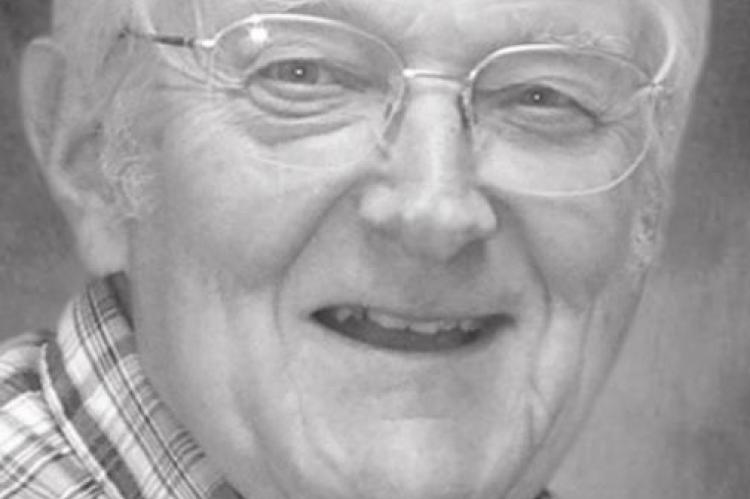 Don H. Frantz, resident of Ponca City, passed away on Sunday, July 26, 2020. He was 84 years old. Don was born on July 15, 1936 in Ponca City to Ralph Edgar Frantz and Fae Ellen Sharp Frantz. Don attended Ponca City schools graduating with the Class of 1954. During his junior year, he worked in the cafeteria washing pots and pans and during his senior year, he worked as a cashier at the end of the food line to help pay for his lunches.

Don worked in the summers for his Uncle Irl Frantz, a farmer and rancher in Hartley, TX. He worked from sunup to sundown, driving tractors, combines, wheat trucks, cattle trucks, working cattle, fixing fences and digging post holes by hand all day long. At 18, Don registered for the mandatory draft.

Don enrolled in the OU College of Pharmacy in the fall of 1954 and worked for his meals in the college cafeteria running the China Clipper (dishwasher) the first 2 years. His good grades kept him deferred from the military the first 2 years. Although Don loved working the farm with his uncle Irl, he knew he needed to pursue pharmacy. He joined the ROTC before entering the Army to gain extra experience and enter the military as an officer. He was trained to be part of a team of two to fire a heavy 50 caliber machine gun.

After graduation, Don worked for R.C. Walker in his Prescription Shop located in the Community Building in Ponca City. He became fully licensed in February 1959 and continued to work for Walker until he was called to serve in the Army on April 20, 1959. Don was trained to be a litter bearer platoon leader and ambulance platoon leader on the front lines. While stationed at Fort Gordon, he was the Pharmacy Officer in charge of the pharmacy of a 150 bed hospital. While there, he filled a prescription for Mamie Eisenhower, the president’s wife. He was released from duty on April 19, 1961.Don worked for R.C. Walker drugstore in the Pioneer Shopping Center until he was recalled to the Army for active duty in October 1961 for the Berlin Wall crisis and was released from duty the following year when he began working at Sanders Drug Store in Ponca City.

Don married Sally Lea Moore in Tonkawa, OK on August 9, 1964 at the First Baptist Church. They had two sons: Russell Irl and Randall Roy. On April 19, 1965 Don received an Honorable Discharge from the Army as a 1st Lt. in the Medical Service Corp.

Don continued working for Walmart for 17 years and then for Drug Warehouse for 15 months. After that, he worked for O’Connor Pharmacy part time for 7 years retiring on 11/11/11 Veterans Day. Don was honored and received an award and a certificate from the Oklahoma State Board of Pharmacy in 2009 for serving as an Oklahoma pharmacist for fifty years.

Don volunteered for the United Way Drug Court in 2012 as a speaker. Drug Court was for the benefit and participation of students in the Ponca City area. His topic was the affects and consequences of using addictive drugs and alcohol. In 2013, Don became Pharmacy Manager of Living Water Community Clinic in Blackwell for indigent patients. He would go to nursing homes, pick up unused medications, sort those they could use, destroy the rest, and assist with filling prescriptions for the patients once a month. Sarah’s daughter, Linda Caygle and Don would often go to the clinic a few days before to just refill prescriptions for those that needed refills and did not need to be seen by the doctor that month.

After retirement, Don attended evening classes at NOC learning to do some woodworking. His first project was a wall shelf that Sarah wanted for the entry in their home. He made bowls, baskets, and toy wagons filed with blocks for their great grandsons. He repaired the Ponca City High School’s Creed plaque located on the front of the Howell Auditorium.

Don was a member of the Gideons from August 2006 to present, still an active pharmacist with a current license, member of the Pioneer Genealogical Society, American Legion, and NRA. He always looked forward to family reunions, his class reunions, and the 4th of July parade held in his neighborhood every year.

Don was preceded in death by his father, Ralph Frantz and mother, Fae Frantz.

A funeral ceremony for Don will be held on Friday, July 31, 2020 at 2:00pm at the First Baptist Church in Ponca City. The ceremony may be viewed live online by visiting the First Baptist Church’s website, fbcponca.org, and clicking on the “Watch Live” link. Family and friends are encouraged to wear a mask to the funeral. Following the funeral, Don will be laid to rest with military honors at Resthaven Memorial Park. Those wishing to pay their respects may do so at Trout Funeral Home on Thursday, July 30th from 8am to 8pm with the family available to greet friends from 5-7pm.