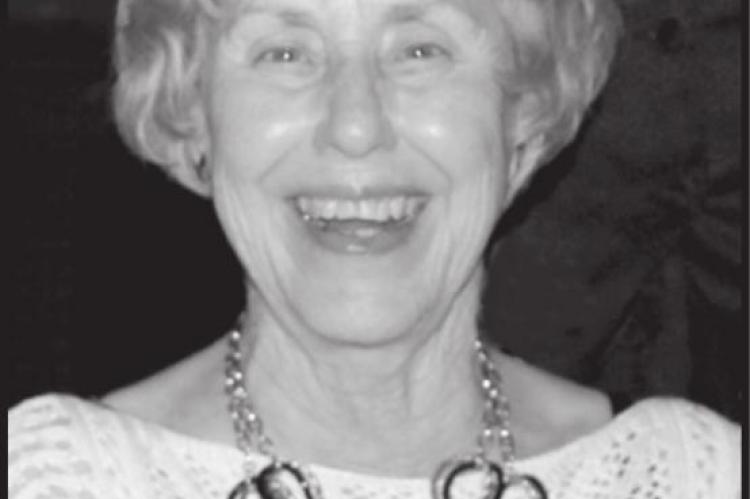 Charlotte Brett Paden passed away peacefully on September 19, 2020 in Stillwater, Oklahoma, after a long battle with Alzheimer’s disease.

Charlotte was born on December 6, 1936 in Ponca City, Oklahoma, the fourth daughter of George H. Brett and Margaret Dunlap Brett. Charlotte’s grandfather, George H. Brett Sr., helped found Ponca City and served in the first class of Oklahoma State Representatives. Charlotte excelled at school, eventually attending Oklahoma State University (then Oklahoma A&M) and earning a B.S. in Home Economics in 1959. She returned to Ponca City to teach for the next ten years, during which she married her Ponca City High School sweetheart, Joe D. Paden. The young couple ventured off to Denver, Colorado where Charlotte gave birth to their two sons. Joe’s work with Conoco took the family to London, England and ultimately back to Ponca City. Charlotte loved England. While there, she “tortured” her young children by dragging them to every conceivable museum, monument and cultural event. This left a lasting impression on the family about the broader world, which they brought back with them to Oklahoma.

Charlotte was very active in the community and church throughout her life. Her family were founding members of Ponca City First Presbyterian Church, and upon her return to Ponca, Charlotte volunteered there in various capacities. She was committed to her sisterhood of Kappa Alpha Theta, the Ponca City Garden Club, and the D.A.R, regularly holding charity and social events at her home. Charlotte loved spending time with family and friends, especially during the holidays. She had a discerning eye, and loved working outdoors in her garden and indoors on her décor in order to surround herself with all things beautiful.

Charlotte was an intensely private woman who avoided the spotlight. She was a wife, a mother, a grandmother, a loyal friend, and a fierce advocate. But in that silent, steadfast dedication to duty resided a fun-loving, crazily creative energizer bunny who would brighten a room with her enthusiasm and contagious laughter. Charlotte’s energy enabled her to take care of the people she loved: her ailing mother, her widowed father, her adoring husband and children, her aunt, her sisters and their husbands. Never once did she seek accolades or even special thanks. She was so selfless, that, before she passed, she stressed that the best parts of her live on in her children and grandchildren.

A fiercely proud wife, mother and grandmother, Charlotte was preceded in death by husband Joe Paden and leaves behind two sons, two daughters-in-law and four grandsons: Brett Paden, his wife Jill, and sons Brett and Joe of Fort Lauderdale, Florida; and Dr. Mark Paden, his wife Shayna and sons William and Alex of Stillwater.

In lieu of flowers, the family asks that donations be made in Charlotte’s name to the Stillwater Medical Foundation (https://smcfoundation.org/ways-to-give/ donate/) or the Alzheimer’s Association (https://alz.org).