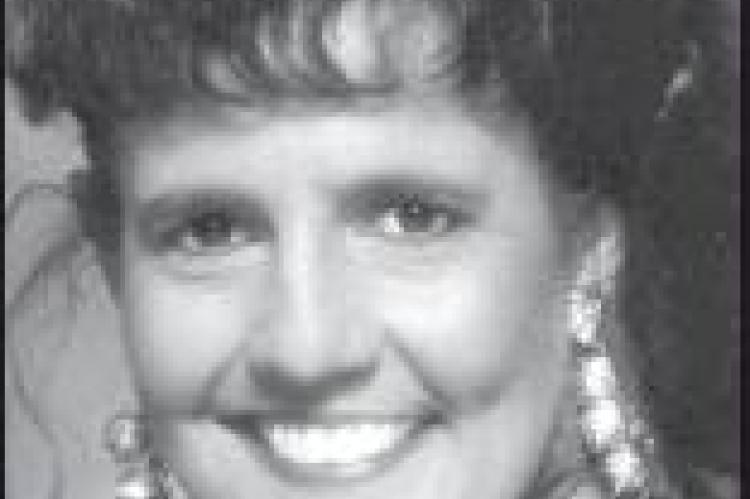 The daughter of Carrol Franklin Randol and Floye Faye (Daniel) Randol, Charla was born March 5, 1953 in Ponca City. She grew up and received her education at Haysville, graduating from Campus High School in 1971. After graduation she began employment with Westcon Industries in the position of injection mold operator.

On July 1, 1978 Charla and Carl Raymond Slates were married in Haysville. They established their first home at Ft. Collins, Colo., moving back to Wichita. She began working for Boeing Spirit, and she retired from the Parts Control Authority in the company after 25 years of service. Mr. Slates died Sept. 3, 1986. Charla continued living in Wichita after her husband’s death.

In December 2018 Charla became so ill that she had to move to Newkirk and make her home with her parents who cared for her until her death.

Charla was an voracious reader. After retirement she had time to enjoy her choice of shows on the TV. She loved to watch the birds and rabbits in the back yard. She was a talented painter. In addition to pictures in oils, she created a number of table clothe and napkin sets using fabric painting techniques. Charla was one who enjoyed her time alone after working with so many people. She held a special fondness for her cousins.

Charla is survived by her parents, Frank and Loye Randol of Newkirk; a brother and sister-in-law, Rodney and Melody Randol of Loveland, Colo.; two nieces and a nephew-in-law, Heather and Jon Van Benthem and Meshawn Randol; a great grand Nephew, Tyler Randol; several cousins; and two very special friends, Susan Meyers and Sheryl Batt, both of Wichita.

In addition to her husband, Charla was preceded in death by a nephew, Drew Randol.

Funeral services will be at 10 a.m. Monday, Jan. 13 in the First United Methodist Church of Newkirk with the Rev. Susan Rice officiating. Interment will follow in Resthaven Memorial Park, Ponca City. Miller-Stahl Funeral Service is in charge of arrangements. There will be no public viewing at any time.

The family requests that, in lieu of flowers, contributions be made in Charla Randol’s name to Oklahoma Medical Research Foundation for Cancer research and mailed to 825 NE 13th St., Oklahoma City, Okla. 73104-9930. paid obituary