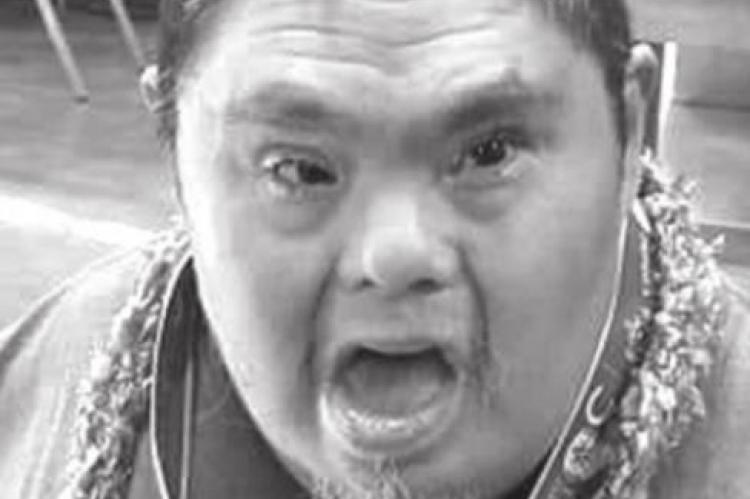 Billy Ray Hawk, 50, of Ponca City, left this life on December 23, 2020. A private funeral ceremony will take place at 2:00 PM, Wednesday, January 6, 2021, with Chaplain Gary Wilburn officiating. For those unable to attend, the service will be live-streamed and may be accessed by going to troutfuneralhome.com and clicking the live stream link from the drop-down in the top right corner at 1:45 PM. Viewing will be from 9:00 AM to 8:00 PM, Tuesday, January 5, 2021, at Trout Funeral Home and Crematory. Face masks are required.

Billy was born on March 23, 1970, at St. Anthony’s Hospital in Oklahoma City, to James and Edna (Starr) Hawk. Billy is the youngest of eleven children. He moved to Enid State School (now NORCE) on December 1, 1976, where he lived and continued his education. Billy began work training in 1991 at St. Mary’s through public school-supported employment. He worked in the Materials Management Department where he applied adhesive labels to wrapped items. He was them placed in a domestic position within Kremlin-Hillsdale Public School cafeteria where he worked on cleaning and busing tables.

In October 1993 Billy began working part-time after school at the Adult Training Center where he worked on processing paper products in preparation for recycling. Billy graduated from public school May 1994. He continued to work in Enid and stayed at NORCE until he moved to a DLS home Goldie Bass, Ponca City December 29, 2004. Billy was employed providing liter control for the Ponca City Hospital. He later moved to the Opportunity Center shredding department where he loved to shred paper. He moved to the Crabtree Group home in 2017 and loved the move.

Billy met his “adopted” family when Tina warren became his guardian on Aug. 7, 2014. Billy spent his birthday’s, Thanksgiving’s, Christmas’ with Tina and her family. Billy went to Branson, MO in 2017, with his guardian and good friends, and had the time of his life. Billy will be greatly missed, his smile would light up a room. Anyone who met Billy would instantly smile. He didn’t know a stranger, he loved being involved in Special Olympics and won several medals from Basketball, Boccie Ball and Bowling. He also loved monkeys, bouncy balls, music, pow wow’s, pizza, pop and hamburgers; which he tried to get each time he saw his guardian. Billy’s favorite song was Oklahoma, which he drove his housemates and staff crazy when he would crank the song on full blast and put it on repeat. Billy was a joy to everyone, never met a stranger and will be greatly missed.

In lieu of flowers, memorial contributions may be made to the Opportunity Center, 2225 N Union St, Ponca City, OK 74601