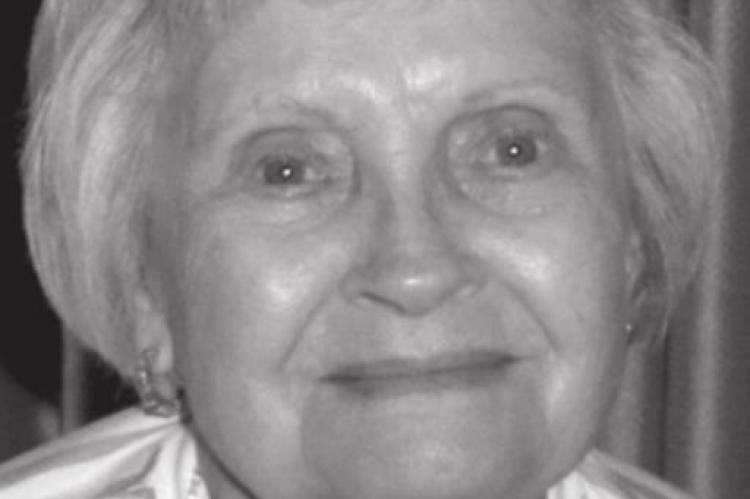 Abbie Lucille (Ross) Woody passed away peacefully in Ponca City on January 3, 2021 at the age of 95.

Abbie and her twin sister, Irbbie, were born on a farm in Jewell County KS to Irving Ross and Opal (Lawrence) Ross. Brothers Lavern and Dickie soon followed. Their parents separated and, at the tender age of 10, the girls rode a bus to Bartlesville OK to live with their mother.

Abbie married Pvt John Woody during WWII and John soon left with the army for North Carolina. Abbie followed him by train and stayed with him until he shipped out to Europe. She had a sad trip home by herself but did her part for the war effort by riding to Pawhuska every day in the back of a truck with other women to make army tents in a factory set up there.

After the war the couple settled in Dewey where they lived all their married life except for 2 years when they lived in Independence KS with their oldest son while John got an Associates degree and played football for the college. Moving back to Dewey, they raised their family and enjoyed square dancing, two-stepping to Bob Wills, and attending the Dewey Rodeo. Abbie learned to cook from her sister-in-law, Ellen Fair, and truly took it to an art with her noodles, fried chicken, and sweets! Abbie liked playing and winning at cards, particularly double solitaire, and doing crossword puzzles. She also enjoyed reading, crocheting, and attending all the kids’ and grandkids’ sports and school events. Later in life, she loved spending time with her grandchildren and was always willing to help take care of them.

Graveside services will be held on Saturday, Jan 9th at 2 p.m. followed by interment in the Dewey Cemetery with Pastor Adam Phillips officiating. Services are under the direction of Carter Davis and the Davis Family Funeral Home-Dewey Chapel. Online condolences and remembrances may be shared at www.DavisFamilyFuneral-Home.com