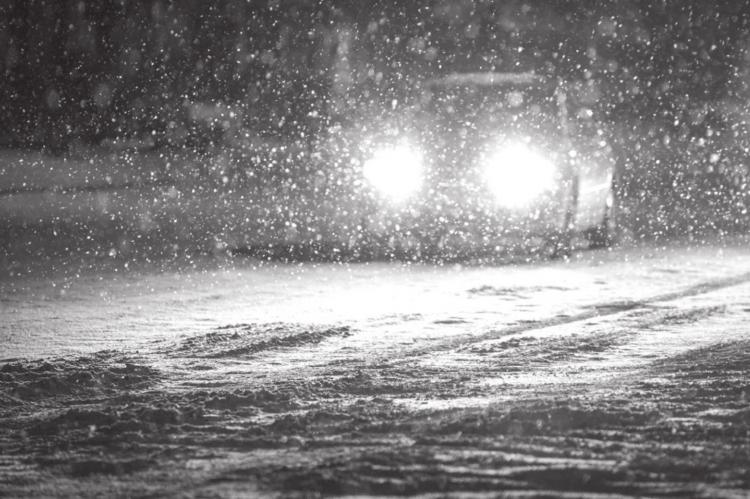 DALLAS — The deep freeze and snowfall that paralyzed Texas this week could be the costliest weather event in state history as home and auto claims start to pour in, insurance industry officials warn.

Ice, snow and some of the coldest temperatures in decades will likely result in large insurance claims from customers in every part of the state after the winter storm prompted a precedent-setting weather warning in all 254 counties.

“We are used to our storms here in Texas with tornadoes, hurricanes and hail,” said Camille Garcia, communications director with the Insurance Council of Texas, a trade group for the state’s home, auto, renters and business insurance agents. “But those are regional. We are talking about an event that reached every part of Texas.”

This storm, which isn’t over as many parts of the state are still experiencing snow and sub-freezing conditions, will probably be costlier than Hurricane Harvey, which amounted to $19 billion in insurance claims or about $20.1 billion adjusted for inflation, Garcia said.

And that only includes losses from the home, auto, renters and business insurance market and wouldn’t cover costs from public infrastructure, energy pipelines and power plants that are under extreme pressure from high demand and debilitating weather.

Hurricane Harvey tortured the Gulf Coast for days in 2017 after making landfall in Rockport and stalling over Houston, dumping recordsetting rainfall that flooded neighborhoods and damaged refineries.

North Texas’ most expensive weather events have come in the form of hailstorms in 1992 and 1995 that each resulted in less than $3 billion in damage. The October 2019 tornadoes that ripped through Dallas and Richardson created about $1.5 billion in claims.

In fact, the storm that froze Texas and surrounding states could be the most expensive in U.S. history, dwarfing a 1993 winter storm that paralyzed the southern U.S., including Texas, and cost about $5 billion total and $2 billion in insured damages, according to the Insurance Information Institute.

In Texas, the costliest weather events have come from hurricanes and tropical storms battering Houston, Galveston and the rest of the Gulf Coast. At least that was the case until 2021, when temperatures dipped to two below zero at DFW International Airport on Tuesday.

“This is probably going to be the single-largest claim count for any one event,” Garcia said.

The worst of the claims are likely still ahead, she said. “People won’t even know that their pipes are damaged until they start to thaw and water starts running again.”

Insurance companies are urging homeowners to locate water shutoff valves, often located near the street, the garage or in the front of a home, to be ready just in case leaks start.

Fortunately for homeowners, most standard insurance policies cover burst pipes and most types of damage seen during the recent winter storm, Garcia said. That’s sometimes not the case with hurricanes and tropical storms unless customers have flood insurance or special wind coverage.

“When you talk about underwriting, this kind of storm isn’t something that will likely be factored in,” she said. “This is such an unprecedented event and Texas has so many other tornadoes and storms that this type of thing probably won’t be a factor going forward.”

Widespread damage across the state could also put a strain on contractors such as plumbers, roofers and carpenters needed to fix the damage from burst pipes, ice and snow. In the coming days, there will likely be an influx of contractors scouting neighborhoods looking for damage or posting to social media.

Hotel costs incurred during power outages and freezing temperatures may also be covered by insurance and customers should check with insurance agents, Balber said.

Dallas resident Van Moushegian, a licensed irrigation specialist, has found himself becoming the Sparkman neighborhood’s resident expert, along with a handful of others with knowledge in turning off water or doing athome repairs.

“People started putting stuff up on the Facebook neighborhood group about being worried about their pipes,” Moushegian said. Some have had pipes burst in ceilings that weren’t insulated or problems with copper piping on exterior walls of homes.

“When you hit zero or negative, houses here just weren’t built for that,” he said.

The average water damage claim in Texas will usually cost about $10,300 to repair, but the national average is about $15,500, said Chris Pilcic, a spokesman for State Farm, the state’s largest homeowners insurance provider.

“Right now we’ve got approximately the same number, if not more, claims in Texas than we have in all of the rest of the country combined,” he said.

USAA and State Farm are telling homeowners to go ahead and make emergency repairs to stop water from spilling in and to keep extreme temperatures away, even before hearing back from an insurance adjuster or a contractor.

State Farm brought in extra insurance adjusters in anticipation of the storm. Pilcic said the industry has become more adept at handling claims online using pictures or video or even doing virtual walk throughs with customers.

“We do have people to meet with customers face to face when there is high severity,” Pilcic said. “But a vast majority of these claims, we are going to offer a virtual option.”