U.S. Agency for Global Media unrecognizable under Trump all

WASHINGTON - It was, in essence, an oversight hearing of a relatively small government agency, but what it amounted to was yet another indictment of a bureau taken over by a Trump ally and made unrecognizable to the members of Congress - from both parties - who fund and monitor it.

Democrats and Republicans joined in expressing anger and dismay at what has happened to the U.S. Agency for Global Media since a supporter of President Donald Trump was confirmed as its director in early June.

The agency, with an annual budget just under $1 billion and a staff of 4,000 employees and 1,500 stringer reporters, is home to the U.S. government’s international broadcasting operations, including the Voice of America, Radio Free Europe/Radio Liberty and Radio Free Asia, which have long been respected as trustworthy sources for information for people in authoritarian countries whose news is censored, restricted and blocked.

Since being confirmed in June to his post in a partisan Senate vote, Michael Pack has fired all of the heads of the agency’s news organizations, ordered the news networks to publish pro-Trump administration editorials, refused to renew the work visas of dozens of VOA-employed foreign journalists who speak the local languages of the countries to which they broadcast, and flouted congressional spending directives by essentially impounding funding for projects to combat internet censorship in repressive societies.

Pack is a longtime ally of Steve Bannon, the recently indicted Trump supporter. The two have made conservative documentaries together.

Grant Turner, a career civil servant and the former chief financial officer of USAGM, who Pack suspended in August after he objected to some of the CEO’s actions, told the House Foreign Affairs oversight hearing last week that Pack even sought to have his political “operatives” sit in on the planning meetings for VOA’s presidential election coverage.

“I worry about what Mr. Pack has done since his arrival,” Turner said. “I’m worried about the credibility and goodwill of our networks being destroyed.”

Rep. Michael McCaul, the committee’s top Republican, said he had “grown very concerned the agency’s mission is being undermined from the top.”

“Most problematic to me has been what I can only categorize as the impoundment of funds for the Open Technology Fund,” the Texas Republican continued, adding that Pack was ignoring “the will of Congress.”

The well-being of the fund is of particular concern to lawmakers given its focus on combating internet censorship and surveillance in closed and repressive societies such as China, Iran, North Korea and Russia.

Originally a special project of Radio Free Asia, Congress in 2019 spun the fund off to become a standalone grantee organization with some $20 million in initial funding to be used to support the development and improvement of anticensorship and encryption tools such as Tor and Signal, which are used by journalists and pro-democracy activists.

But Pack has been withholding money to the fund, causing the organization to have to halt support to 49 of the internet freedom programs it supports, or 80 percent of its portfolio, according to Karen Kornbluh, the chair of the fund’s board.

Kornbluh, a former U.S. ambassador, testified that the fund, in an effort to get its money released, has provided Pack’s leadership team with 200 pages of documentation and offered to submit to an independent financial audit, a Government Accountability Office assessment or an Office of Inspector General investigation to prove that it is doing exactly what Congress intended.

“USAGM has refused, making it clear that the goal is not to resolve evidencebased concerns but rather to discredit” the fund, she said.

In July, the U.S. Court of Appeals for the District of Columbia Circuit issued an emergency injunction to block Pack’s effort to fire the fund’s bipartisan board of directors and its top officials, concluding that Pack likely lacked the statutory authority to do so. The fund is now suing Pack in federal claims court in an effort to force the release of $18 million of its $20 million original congressional appropriation.

Pack was supposed to appear at last week’s oversight hearing, which had been scheduled since early August, according to Chairman Eliot L. Engel, D-N.Y. But a week before the hearing, Pack’s office informed Engel he had a conflict and wouldn’t be able to attend. The alternative hearing dates that Pack’s staff offered were all in October when the House would be in recess so Engel rejected them and subpoenaed Pack to appear.

“It’s my view that Mr. Pack manufactured this conflict to get out of this hearing today,” Engel said. “Mr. Pack is now in defiance of that subpoena.”

Pack’s office did not return requests for comment on this story.

Democrats on the Senate Foreign Relations Committee held up Pack’s nomination for two years due to concerns including false statements he made in his Internal Revenue Service tax filings and in his responses to committee questions. In mid-April, however, Trump pressed senators for Pack to be confirmed.

Such was Senate Foreign Relations Chairman Jim Risch’s determination to fulfill Trump’s wish that the Idaho Republican broke with decades of bipartisan tradition on the committee to schedule a confirmation hearing for Pack over the opposition of his ranking member, Bob Menendez, D-N.J.

As Risch pushed to schedule the confirmation vote in May, Menendez released information showing that Pack was under criminal investigation by the Office of the Attorney General for the District of Columbia for alleged self-enrichment in a nonprofit Pack controlled.

But Senate Republicans sided with Risch in pushing Pack’s confirmation through, including Sen. Marco Rubio, whose former longtime foreign policy adviser Jamie Fly, was fired in June by Pack from his position as president of Radio Free Europe/Radio Liberty. Rubio subsequently led a bipartisan Senate letter to Pack that criticized the firing of Fly and other newsroom leaders at the agency.

Ahead of the House hearing, Rubio told CQ Roll Call he was still forming his opinion about Pack’s leadership of the agency but suggested he didn’t view the changes Pack had made as positive ones.

“Is it about just shaking the place up and getting rid of people you don’t like?” the Florida Republican said of Pack.

Pack’s ability to clean house at the agency was enabled by changes made by Congress in 2016 to its governing structure amid signs that U.S. international broadcasting operations were falling behind Russia and China’s generously funded propaganda outlets.

Concerned that USAGM’s predecessor, the Broadcasting Board of Governors, was an ineffective oversight body of Voice of America and the other governmentfunded news outlets, lawmakers replaced the parttime nine-member bipartisan board with a powerful full-time CEO. In theory, Congress believed these changes would allow the broadcasting agency to be nimbler and more effective under a single leader while still keeping an editorial firewall in place to protect the independence of the journalism produced by the broadcasters.

But Pack has demonstrated that firewall isn’t nearly as strong as Congress assumed.

Turner said he believes the journalists working at VOA, RFE/RL and elsewhere are doing their best to resist Pack’s efforts to intrude on their editorial decisions, such as his request to have his staff sit in on VOA’s election-coverage planning meetings.

“They are excellent journalists and they are standing strong,” Turner said. “I know that many of them have been asked to compromise and there has been lots of intimidation. I think the worry is as Mr. Pack’s tenure continues, do you remove the strongest of the strong? Do you wear down the others? Does intimidation permeate the organizations? It’s the trajectory I really worry about.” 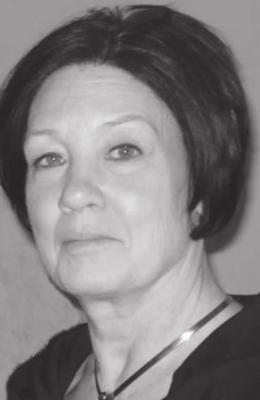 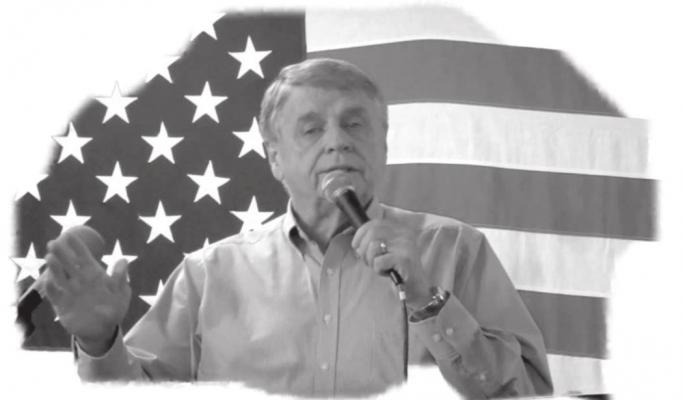