Remembering the Attack on Pearl Harbor 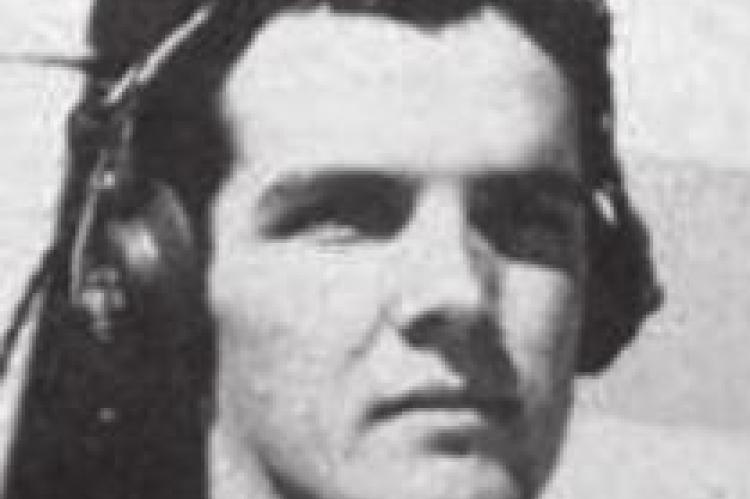 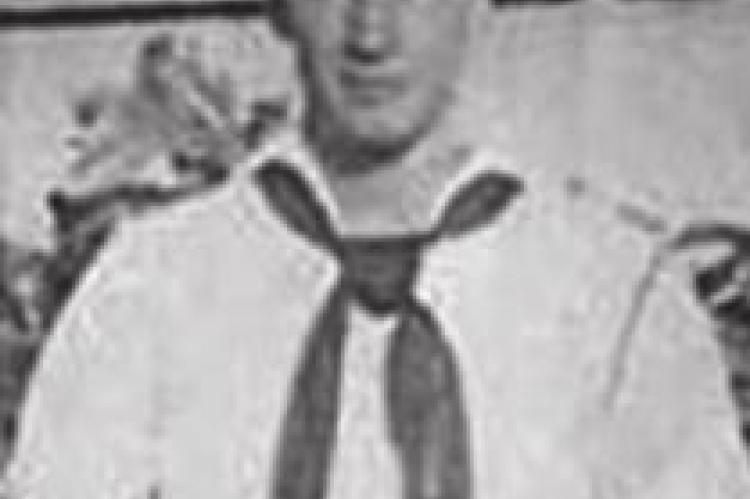 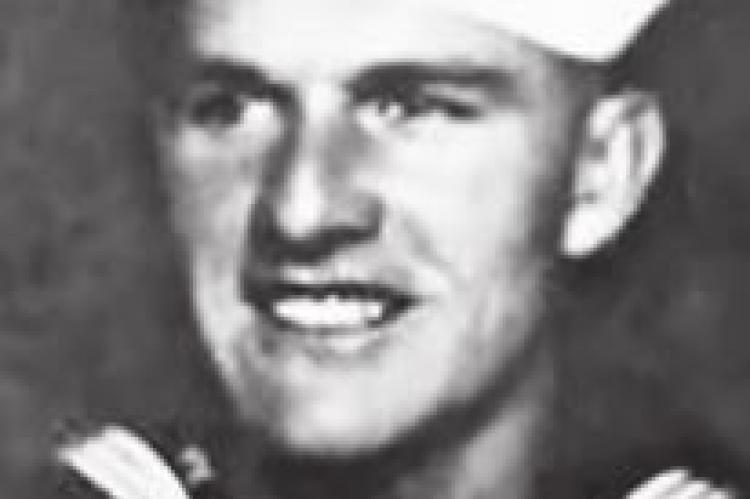 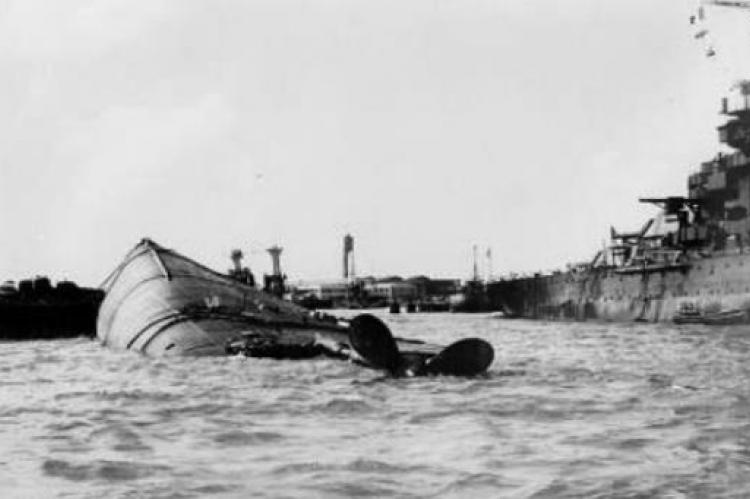 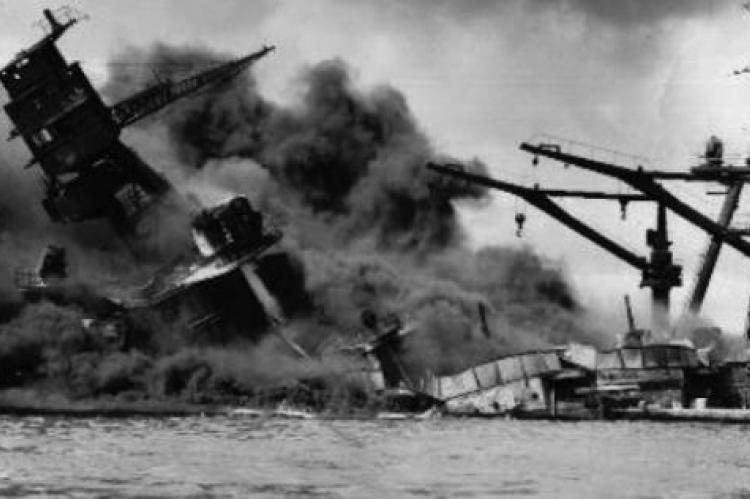 On the morning of Sunday, December 7, 1941, the Imperial Japanese Navy Air Service carried out a surprise attack on the base at Pearl Harbor, Oahu, Hawaii.

At 7:48 a.m. the sky over Pearl Harbor filled with Japanese planes - 353 aircraft launched in two waves from six aircraft carriers. Bombs and bullets rained down on the base below.

At 8:10 a.m. an 1,800-pound bomb smashed through the deck of the battleship USS Arizona, landing in her forward ammunition magazine. The ship exploded and sank trapping more than 1,000 men inside.

Multiple torpedoes pierced the shell of the battleship USS Oklahoma causing her to capsize, trapping over 400 sailors inside as she slipped under water.

Of the eight U.S. Navy battleships anchored in Pearl Harbor that day, all were damaged and four were sunk. One hundred eightyeight U.S. aircraft were also destroyed.

A total of 2,403 people were killed, and another 1,178 wounded, in the two-hour attack. President Franklin D. Roosevelt declared December 7, 1941 “a date which will live in infamy”.

With a passion for flight, he completed the CAA flight training program at Ponca City, and graduated from the Spartan School of Aeronautics in Tulsa. He enlisted in the U.S. Army Air Corps, serving as a pilot for the 26th Bombardment Squadron with a rank of Second Lieutenant at Hickam Field, Hawaii from September 1941.

Markley was killed in action December 7, 1941 during the attack on Pearl Harbor as he was running to his aircraft. He is buried at Fort Gibson National Cemetery in Muskogee, Oklahoma.

Markley Hall, a dormitory at Northern Oklahoma College, is named in his honor.

Kenneth Leroy Dunaway was born August 26, 1922, the son of John W. and Bessie L. Dunaway of Blackwell. He graduated from Blackwell High School in 1940 and served in the Oklahoma National Guard before enlisting in the United States Navy on October 11, 1940.

Dunaway was serving as an Electrician’s Mate Third Class with the rank of Petty Officer Third Class, on the USS Arizona when it sunk at Pearl Harbor on December 7, 1941. He was declared dead while missing in action or lost at sea.

Kenneth Leroy Dunaway is memorialized on The Tablets of the Missing at the Honolulu Memorial, National Memorial Cemetery of the Pacific in Honolulu, Hawaii.

Mancel Curtis Lane was born about 1922 in Newton, Kansas to Roscoe C. and Maude Leonard Lane.

The family later moved to Newkirk, Oklahoma, where he graduated from Newkirk High School in 1940. While in high school, he played on the football team, lettering twice.

Lane enlisted in the United States Navy on August 9, 1940. With a rank of Seaman First Class, he was assigned to the battleship USS Arizona as an assistant gunner’s mate. On December 7, 1941 he was declared dead while missing in action or lost at sea.

Mancel Curtis Lane is memorialized on The Tablets of the Missing at Honolulu Memorial, National Memorial Cemetery of the Pacific in Honolulu, HI.

Rex Elwood Wise was born on October 14, 1920 in Braman, the son of Henry Blaine and Belle Marlow Stacy Wise. He was raised in Braman and South Haven, Kansas. While attending school in Braman, he was on the basketball team.

He enlisted in the United States Navy on December 27, 1939. On December 7, 1941, Fireman First Class Wise was assigned to the battleship USS Oklahoma, which capsized following multiple torpedo hits during the attack on Pearl Harbor. He was declared dead while missing in action or lost at sea.

In 1943, the USS Oklahoma was righted and salvaged. The remains of 388 unidentified sailors and Marines were interred as unknowns in the Nu’uanu and Halawa cemeteries. They were disinterred in 1947, in an unsuccessful attempt to identify more personnel. In 1950, all unidentified remains from the Oklahoma were buried at the National Memorial Cemetery of the Pacific in Honolulu, Hawaii.

In April of 2015, the United States Department of Defense announced that the unidentified remains from the USS Oklahoma would be exhumed for DNA analysis, with the goal of returning identified remains to their families. On October 14, 2020, Rex

On October 14, 2020, Rex Elwood Wise returned home to Braman. With full military honors, he was laid to rest in the Braman Cemetery, beside his parents and siblings, on the 100th anniversary of his birth.

The USS Arizona Memorial in Peal Harbor was dedicated on May 30, 1962. Built over the sunken battleship, it honors those who were killed in the Pearl Harbor attack.

As we pause each year to remember the events of December 7, 1941 let us never forget the people who lost their lives as these events unfolded, and the families who would never be the same.