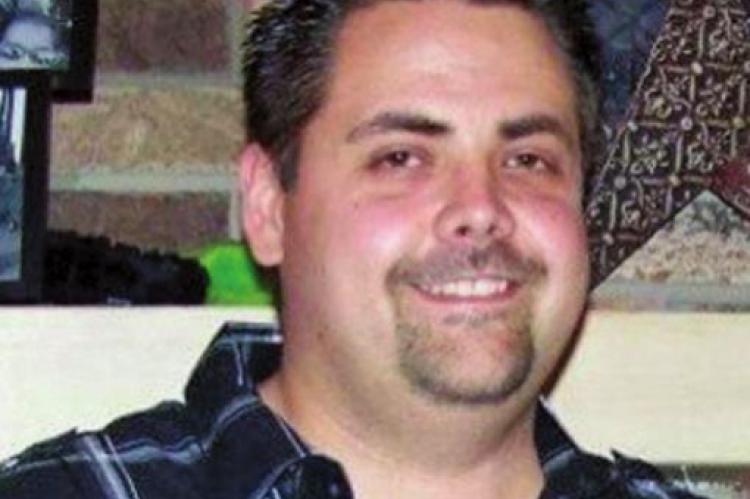 Todd Coats has been selected as the first honoree of the Community Health Foundation’s Healthcare Professional of the Month. Todd is a Registered Nurse at AllianceHealth Ponca City. He is the House Supervisor for AllianceHealth on the weekends, works as charge nurse two days a week on the Medical-Surgical Unit, and trained in and assisted in the Critical Care Unit at the beginning of the COVID-19 pandemic.

In 2009 Todd was working as a machinist. Following a downturn in the economy that year, Todd began attending business classes at NOC. He remembers one of his professors mentioning that if everyone graduating from nursing school that year got a job, there would still be a nursing shortage in our area. Todd switched majors and never looked back! Todd graduated from nursing school at NOC and in 2012 received a Community Health Foundation NOC Nursing Scholarship.

When asked why he loves working as a nurse and has stuck with it even when it’s hard, Todd credits his strong work ethic and a touch of ADD that keeps him in it. Todd replied that nursing is always busy, there’s always something to do, and that he loves his AllianceHealth nursing family. Most of the staff he works with every week have lived in the area and worked at the local hospital for many years.

Jeanne Stara, the Chief Nursing Officer & Facility Privacy Officer, was asked about Todd and she said that he is a “star” at AllianceHealth. Jeanne stated that when the hospital “received its first surge of COVID patients in March, Todd jumped right in and helped in CCU and then did a full orientation in the CCU so that he could help the hardest hit unit even more.” Regarding this time, Todd said that it was hard work especially with an ongoing nursing shortage. Todd wants the community to know that the staff at the hospital are not scared of caring for patients with COVID anymore because they are better at caring for and treating them, but he wants the community to take the pandemic seriously. He urged that even though the staff is better at caring for these patients, there needs to be an open bed for patients with COVID for that care to happen. He mentioned that the hospital is seeing a huge influx of COVID positive patients right now and the CCU is at capacity. He also stated that it is not just Ponca City being affected, but hospitals in different cities around our area are also reaching capacity and are contacting Ponca City trying to find an open bed for their patients.

In his free time, Todd loves to ride Razors with his family and has a trip planned soon to Little Sahara. He also loves to build things and is currently working on a bar for his home game room. He gets in trouble from his wife because he rarely slows down, but Todd wouldn’t have it any other way. Todd is married to Carrie Coats, a Pharmacy Tech at AllianceHealth, and together they have four children.

Congratulations to Todd Coats! If you are interested in nominating an outstanding healthcare professional in Kay County, the Community Health Foundation would love to hear about your nominee. A nomination form is available on the Foundation website at chfofpc.org and each monthly winner will be awarded with $100 in Ponca City Chamber Bucks.