By Jessica Windom Jessica@poncacitynews.com
Time to read
2 minutes
Print
a- a+
Published 1 week ago
Last updated 1 week ago
Read so far
In-page image(s) 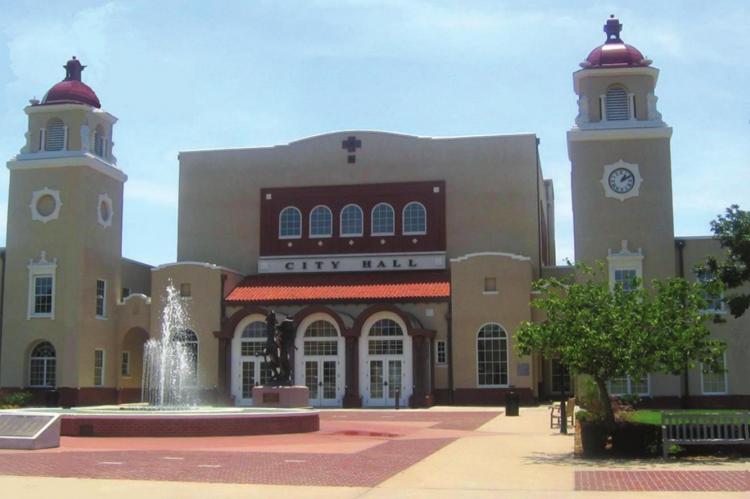 The Ponca City Board of Commissioners held their regular meeting at City Hall on Monday, Jan. 11th at 5:30 p.m. in the Commission Chamber.

Positivity was the character trait for January and Mayor Homer Nicholson commented on this appropriate choice.

“It is a trying time and there are real challenges in our country right now. Nobody knows what the future holds, so hang on and be ready for the ride,” said Mayor Nicholson.

All items on the consent agenda were not discussed or removed and were approved.

Craig Stephenson, City Manager, gave his City Manager’s Report and it included reminding the public of closures during the Martin Luther King holiday. The city will observe Monday, Jan. 18th for the MLK Day holiday and residential refuse will not be picked up on that day and will resume Tuesday, Jan. 19th. For any questions please contact Tim McNew, Solid Waste Superintendent at 580-767-0411. Ponca City Landfill will also be closed on Monday, Jan. 18th and will reopen on Tuesday, Jan. 19th. The Ponca City Library will also be closed on Monday for the holiday and will reopen on Tuesday, Jan. 19th. Please contact Holly LaBossiere, Library Director, at 580-767-0345 for any questions.

The City Manager also spoke about the ongoing Residential Ice storm Debris Removal. Stephenson said next week they will be moving to the East side of town and there are a total of 21 sections in this project.

“As of last Friday, 18,331 cubic yards of debris have been removed from the community,” said City Manager, Craig Stephenson.

Another topic Stephenson spoke on, is that on January 15th, Animal Control will close at noon and on Tuesday, Jan. 19th, the Northern Oklahoma Animal Care Facility will become operational. This facility is located on Hubbard Rd.

Also, last Friday, members of the city staff met with the Health department to help with the logistics at Unity Gym where vaccinations are currently being distributed to members of our community who are 65 and older. The Ponca City Police Department will be there to help with appointments and to ensure that everything goes smoothly. They will be helping to make sure people are coming to their appointments in a timely fashion and if they arrive early they are being directed to wait in their vehicle until their scheduled appointment time.

The City Manager finished up his report after speaking about the Public Hearing which is set for Tuesday at 5:30 p.m. in the Commission Chamber at City Hall. This hearing will discuss a Community Block Grant Cares Act.

Stephenson explained that the grant application is for rent, mortgage, utility assistance and will very much involve the local food bank, NERA. This grant totals $612,000.00 and the city will submit the application, but may not hear back on this topic until March or April of this year. The purpose of this grant is to assist low and moderate income families in the area with community development housing and public service needs. This concluded the City Manager’s Report.

A presentation was given by the Street Department touching base on the Snow and Ice Control Manual update. The four priorities included major arterials, secondary arterials, the business district and schools and this is referring to the focal points of snow and ice control in the community.

The Sidewalk Maintenance Program was also discussed at the meeting and a history of these projects was given by Mike Lane, Traffic Engineering Manager of the Street Improvement Department. He explained that up until 2012 road projects were the main focal point and beginning in 2012, sidewalk maintenance became more of the main focus. Since 2012, $1.43 million has been spent on sidewalk improvements in the Ponca City area.

The meeting was then adjourned and the PCUA meeting immediately followed. All items were approved and this meeting was also adjourned.

The Ponca City Board of Commissioners meetings are held at City Hall in the Commission Chamber and the city of Ponca City encourages attendance at meetings by all interested persons. Please call the City Clerk’s office for any questions at 580-767-0304.