By Calley Lamar Calley@poncacitynews.com
Time to read
1 minute
Print
a- a+
Published 1 month ago
Last updated 1 month ago
Read so far
In-page image(s) 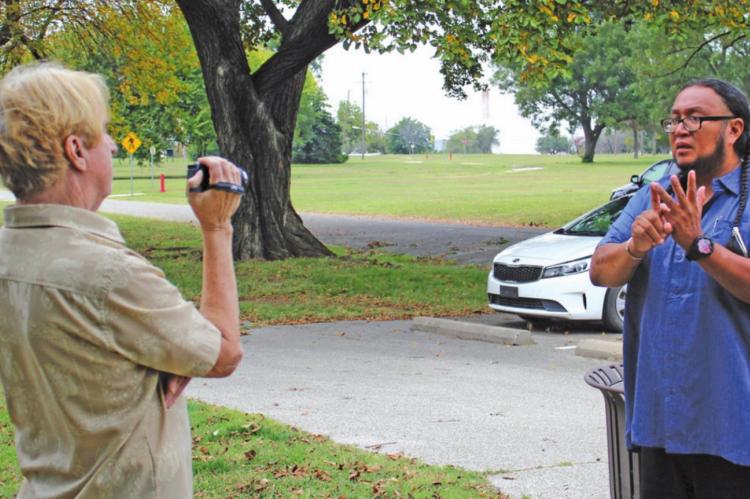 Saturday, Oct. 10, producer Jerry Thompson of Pathway Media was at the Standing Bear Museum holding auditions for Bright Eyes, a film based on the true story of Susette La Flesche, a well-known Native American writer, interpreter, lecturer and artist of the Omaha tribe in Nebraska. Her Omaha Indian name, Inshata Theumba, translates to “Bright Eyes.” She was a spokesperson for the Omaha and Ponca tribes, as well as being instrumental in the court case of Standing Bear v. Crook, a landmark case, the ruling of which was that Native Americans are “persons within the meaning of the law,” and citizens with certain rights under the Constitution.

Casting saw members of the Ponca tribe turn out for auditions, the goal being to find a man to play Standing Bear from the tribe and to cast many other roles both speaking and as extras.

After reading the book Bright Eyes by Dorothy Clarke Wilson, Thompson wanted to bring La Flesche’s story to film and feels the message of the story is still relevant to the present.

In 2006, Thompson went to Omaha and sought the blessing of the tribe to do the story.

“(I was) surprised to see many people didn’t know who she was,” said Thompson. “We want to do something the tribes are proud of, that represents their people and sets the record straight on things.”

Thompson spoke with both the Bright Eyes family and tribal leaders about the film. Members of the Omaha tribe will be hired to build an authentic village, which will be left in place after filming is wrapped to be used as a tourist attraction for the Omaha tribe.

Bright Eyes will be filmed in several locations in Nebraska as well as Boston and possibly Washington D.C. and Virginia.

“Making a movie is one thing, but helping the people in the present is another,” said Thompson.

More information about the film and the Kickstarter campaign can be found at brighteyesmovie.com, and 50% of the film’s net profits will be dedicated to Native American causes.