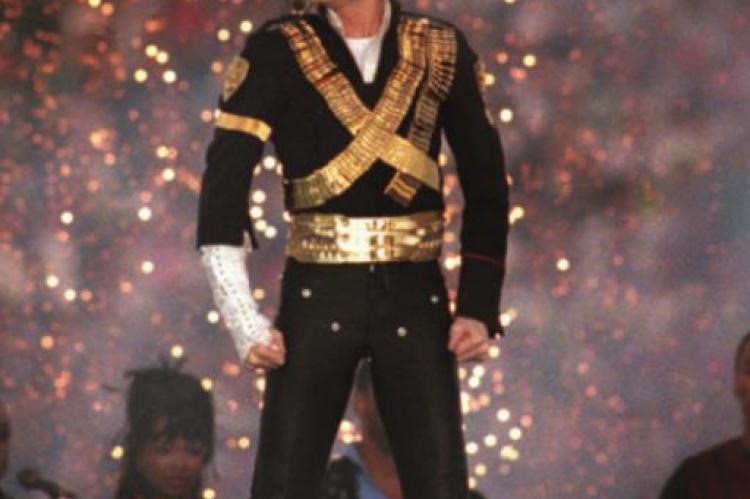 Credit Michael Jackson for elevating the Super Bowl halftime show to something worth staying on the couch to watch instead of beelining for another round of nachos.

Prior to his 1993 exhibition, the halftime slot was clogged with marching bands, faux Mardi Gras celebrations and haphazard ideas such as, in 1990, a salute to the 40th anniversary of Peanuts characters.

Actually, that one was cool.

The ensuing years were hit or miss (Diana Ross, Aerosmith with N’Sync and Britney Spears, yes; a Blues Brothers Bash and Phil Collins with Christina Aguilara, nope), and then came 2004.

That pivotal year spotlighted Janet Jackson with the unholy alliance of Kid Rock, P. Diddy, Nelly and Justin Timberlake. If you don’t know what happened at the end of the production, Google it. But you’ve got to wonder if these days, that pearl-clutching Janet/Justin “scandal” would register as more than a social media blip, a viral clip running in a news cycle between Bernie Sanders mittens memes and Olivia Rodrigo chart breakers, only to be replaced by something more excitable two days later.

Atlanta hosted the Super Bowl in 2019 — the year many performers boycotted in support of Colin Kaepernick — but the least said about the Maroon 5-fronted Hail Mary choice, the better.

That wheeze of mediocrity prompted the NFL to team with Jay-Z and his company, Roc Nation, giving the rap mogul an influential voice in the league’s marquee music events, including the halftime show.

The 2020 female-centric spectacle showcased the ample talents of both Jennifer Lopez and Shakira, a pair of Latina firebrands who spiked their respective stage acts with sass, strength and impressive aerobics, while also proving that prime entertainment exists outside of classic rock stalwarts.

So from them, we turn to this year’s choice — The Weeknd. Though snubbed by the Grammys for his superb album “After Hours,” the man born Abel Tesfaye (who has also displayed a recent penchant for face bandages) is an ace songcrafter and vibrant performer.

Since every artist prefers to keep halftime show details confidential, all we know is that with only about 22,000 fans allowed in Tampa Bay’s Raymond James Stadium, The Weeknd will have prime opportunity to utilize more than just the field. He also augmented the production budget with $7 million of his own money, so hopefully, his investment pays off.

The Super Bowl halftime performance is also usually a launching post for a major tour announcement.

Don’t expect that this year. As for the big game, Tom Brady will compete in his 427th Super Bowl (well, more like his 10th Super Bowl, but it sure feels like it’s 427) and his first Super Bowl with Tampa Bay, making them the first team to play a Super Bowl in their home stadium. You can expect the Kansas City Chiefs will try to repeat last season’s success. In honor of Sunday’s football finale, here, in no particular order, are a few unforgettable Super Bowl halftime performances. All are available to watch online.

Atlanta Falcons fans might prefer to erase the 28-3 nightmare from memory, but it wouldn’t be fair to expel the Mother Monster as well. Her dedication to meticulousness was evident — and who can beat an entrance from the roof of a stadium? — and her glam-rock homages to Bowie and Blondie alike with “Poker Face,” “Born This Way” and “Just Dance” defined spectacle. But it was the impromptu greeting to her parents during “Million Reasons” that not only broke the fourth wall, but also gave the world a glimpse of Stefani Germanotta.

Following his shocking death in 2016, Prince’s raindappled spectacle was frequently cited as one of his most vibrant performances. The diminutive powerhouse ripped through a joyous “Let’s Go Crazy,” potent (and surprising) covers of Jimi Hendrix’s “All Along the Watchtower” and the Foo Fighters’ “Best of You” and a definitive (and half-literal) rendition of “Purple Rain” while confidently navigating a water-slicked stage in the shape of his signature symbol.

Fewer than five months removed from the Sept. 11 terrorist attacks, the band carried an awesome responsibility — how to entertain, yet be respectful. It took four guys from Ireland to show Americans how to grieve and celebrate simultaneously. Maybe you don’t remember the spectacular performances of “Beautiful Day” and “Where the Streets Have No Name,” but the scroll of those lost on 9/11 illuminated behind the heartshaped stage is — as it should be — etched in our souls.

Has there been another band — aside from The Rolling Stones, who played in 2006 — as custom-built for this mega-sized performance than Springsteen and his E Street comrades (including the incomparable Big Man, Clarence Clemons)? While swinging anthems “Tenth Avenue Freeze-Out” and “Born to Run” dazzled and Springsteen preached with humorous verve, most viewers will recall the defining shot of the set — Springsteen diving into one of his knee-slides across the stage, except this time, a camera was aimed squarely at his zipper.

Following the aforementioned Justin ‘n’ Janet outrage, the Super Bowl committee went as big and safe as possible by enlisting Sir Paul. I don’t care how resolved you are to project hipness (i.e., youthfulness) in a halftime show — there isn’t a greater catalog of songs in existence than what McCartney could bring to the party. He delivered with a setlist that included a pyro-bursting “Live and Let Die,” “Drive My Car” and the obligatory “Hey Jude.”

Who else can claim a power outage following arguably their biggest performance? Maybe it was the Destiny’s Child reunion. But more likely, it was that thigh-booted strut down the catwalk to the sizzle of “Crazy in Love,” the precision dance moves during “Single Ladies” and Bey’s smoking vocals throughout (and let’s not forget her killer all-female band) that caused a stadium blackout. Now that’s fierce.