This one Quapaw Nation 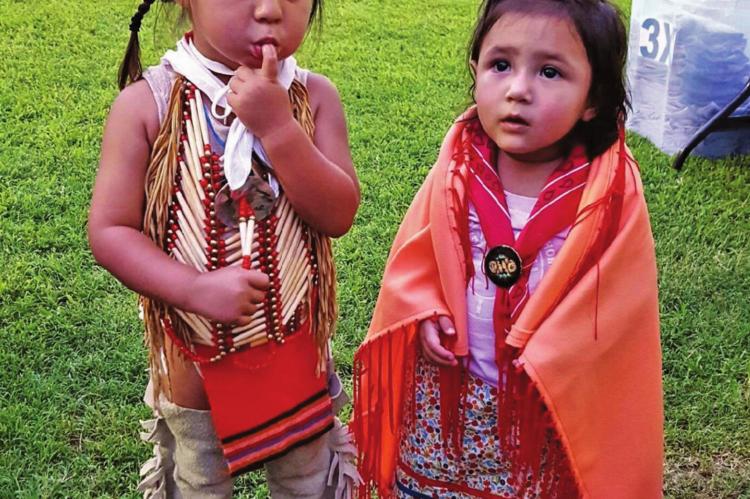 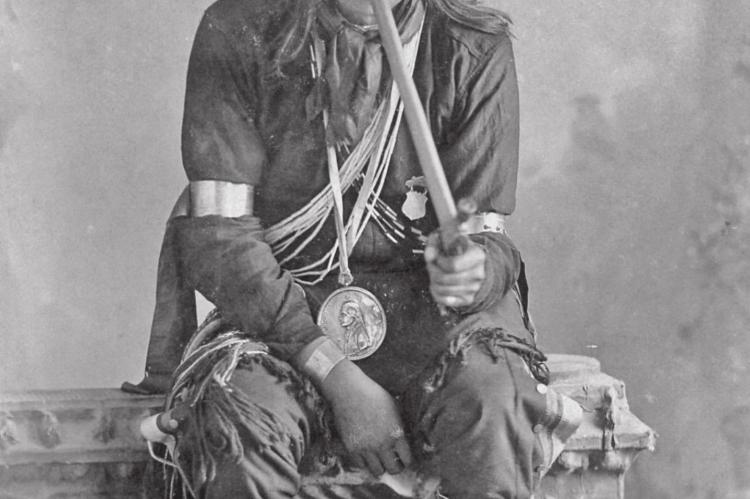 The Boston Recorder, in July of 1824, described them as “a remarkably peaceful and quiet race.”

The Quapaw Tribe of Oklahoma’s name derives from O-gah-pa, “Downstream People.” The French and the Illini Indians referred to them as “Arkansea,” a name that would eventually be given to Arkansas, where the Quapaw people lived in the 17th century.

The Quapaw’s oral history of crossing the Mississippi tells of a rope of twisted grapevine that snapped. Tribes that safely crossed went upstream. The Quapaw went downstream and settled in Arkansas near the confluence of the Mississippi and Arkansas rivers.

Their territories eventually encompassed most of Arkansas, lower Oklahoma and portions of Louisiana and Mississippi, including the delta. By 1818, the Quapaw were pressured by the U.S. government into signing a treaty that would cede all territories except a reservation in central Arkansas.

“The treaty retains and establishes the first reservation, which was vastly smaller, but still a fairly substantial amount of land from around Little Rock, down past Pine Bluff,” said Everett Bandy, tribal historic preservation officer.

But in 1824, a second treaty was signed that ceded the reservation. This agreement called for the removal of the Quapaw to Louisiana on the Red River, 30 miles north of Shreveport, a journey that has been called the Quapaw Trail of Tears. They were to join the Caddo, historically not their friends. Both tribes became destitute. Many Quapaw lost their lives, about one-third, due to starvation, disease and the flooding of crops.

Conditions grew worse and they eventually walked back to Arkansas in search of familiar hunting grounds where they could find sustenance.

By 1833, a third treaty was signed calling for the Quapaw peoples’ complete removal from Arkansas to northeastern Oklahoma. The tribe was generally considered in the way, already outnumbered by white settlers.

Bandy said the Quapaw had no interest in relinquishing land.

“In 1833, they didn’t really want to sign that treaty either. They wanted to stay where they were.”

But all three of the Quapaw treaties were ratified by the U.S. Senate and signed by the president.

“Payments of money and goods were often lacking and sometimes not the same amounts agreed upon. We were already selling land for less than pennies for an acre. All the treaties were supposed to be final and clearly they weren’t.”

The 1833 treaty was signed in May. Three hundred Quapaw returned to the Red River in Louisiana to pursue outstanding government payments and by April of 1834, removal to Oklahoma was underway by the remaining members. The number on the original roster in Oklahoma was 170.

“They discovered a survey error. They had built their homes on Seneca-Cayuga land, which is just south of here. But they were settled on the wrong piece of land. Some of them got fed up and just walked back to Arkansas again,” Bandy said.

Others continued north onto Quapaw land and remained. Some went on to Kansas where they thought they might live more traditionally than the Indian agent in Oklahoma allowed the Native people to live.

“Those were the effects, though, of the 1833 treaty. It really had this effect of scattering our tribe,” Bandy said.

“They took us and shoved us in these places, and we were small nations. The legal opinion is they have plenary authority over us, which means absolute authority. It’s a really nice way of saying we have to do what they say because they could kill us. The goal of the government for many, many years was to eradicate Native Americans. If not physically kill them, then eradicate their culture.”

Anna McKibben, public relations director for the tribe, says the Quapaw are the successful minority of the minority.

“I just wish our ancestors could see how we are now, because if you look…some of the pictures, if you just look at their eyes, they’re so sad, very sad eyes.”

Would she characterize the unfolding of events as genocide?

“Yes. Absolutely. If the government had their way, we wouldn’t be here.”

McKibben said there is triumph, but not for those who were lost. They were persecuted for who they were, and families were broken apart.

Reconciling a bitter, painful past with the present involves a lot of forgiveness and healing.

“Not forgetting, but you can always forgive, not forget what happened,”McKibben said. “We’re survivors. We’re resilient. We’re tough.”

Jim North is a reporter with Gaylord News, a reporting project of the University of Oklahoma Gaylord College of Journalism and Mass Communication.