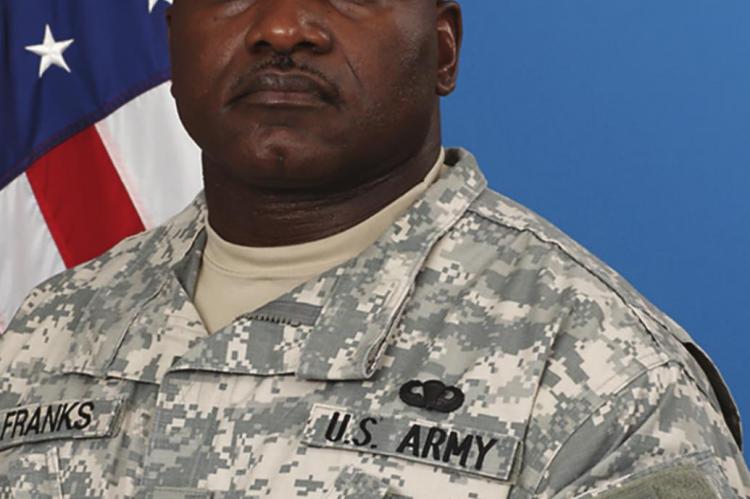 Oklahoma City-The Oklahoma National Guard has announced the loss of a great leader and man to health complications brought on by COVID-19.

Col. (retired) Carl Franks, of Norman, Oklahoma, lost a weeks-long battle for his life on February 13, at the age of 57. At the time of his passing, Franks served as the Director of Youth Programs for the Oklahoma Military Department.

Franks enlisted in the Oklahoma Army National Guard on December 11, 1981, as a Power Generator and Wheeled Vehicle Mechanic with the 1345th Transportation Company.

On December 21, 1985, Franks was commissioned as a 2nd Lieutenant in the Army Transportation Corps through Oklahoma State University’s Reserve Officer Training Corps.

In 1991, then Captain Franks, deployed to Saudi Arabia and Kuwait in support of Desert Storm/Shield as the commander of the Oklahoma Army National Guard’s 1345th Transportation Company.

Franks’ command of the 1345th was one of many successes in a brilliant military career that spanned more than 34 years. Among his most notable assignments were - Commander of the 1345th Transportation Company; State Deputy Director of Maintenance; Equal Opportunity Advisor for the 45th Infantry Brigade Combat Team; State Defense Movement Coordinator and Commander of the 90th Troop Command.

Following his retirement from the Oklahoma Army National Guard, Franks transitioned from his civilian career, as the Director of Athletics for Moore (Oklahoma) Public Schools, to be the Director of Youth Programs for the Oklahoma Military Department. In this position, Franks oversaw all youth-based programs administered by the Oklahoma Military Department to include the Thunderbird Youth Challenge in Pryor, Oklahoma, and the Starbase programs in Tulsa, Oklahoma City, Fort Sill and Burns Flatt, Oklahoma. He held this position for more than five years.

Maj. Gen. Michael Thompson, adjutant general for Oklahoma, was a close friend of Franks. When asked about the untimely loss of Franks, Thompson said, “Carl was a larger than life character who loved mentoring young Oklahomans and undoubtedly had a positive effect on the thousands of children and teens he worked with day in and day out.”

Thompson also said, “As a father, husband, leader, friend and Soldier, Carl can never be replaced. His legacy as a positive and caring man will remain with the Oklahoma National Guard for many years to come.”

Franks is survived by his wife of 28 years, Clinette; and their three adult daughters, Shayla, Jordan and Bethany; grandchildren Jimi and Shaun; sisters Lor.Raine Samuels and Rita Allen; and brothers Ricky and Vince. He was preceded in death by his younger brother Jody.

Franks’ funeral will be handled by Rolfe Funeral Home of Oklahoma City. A public viewing will take place on Monday, February 22, 1:00 p.m. to 3:00 p.m.