‘Hamilton’ scored two Golden Globe nominations, so why isn’t it eligible for Oscars? 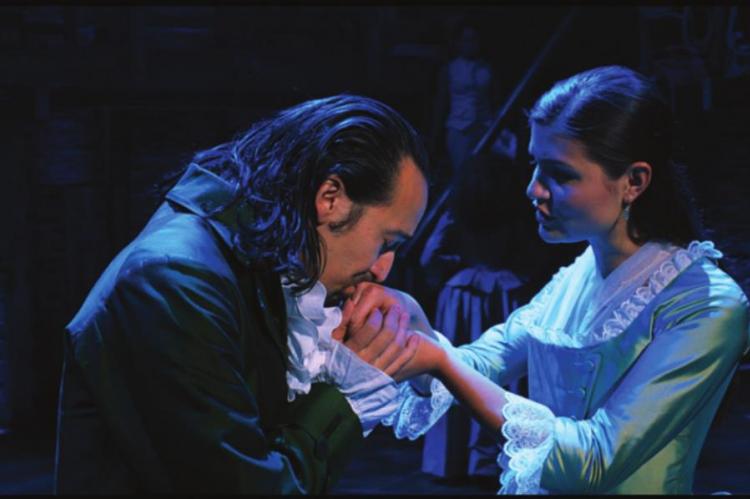 When Disney paid $75 million to acquire the worldwide distribution rights for “Hamilton,” the plan was to release the filmed version of the Broadway juggernaut in theaters.

Those plans, of course, imploded amid the pandemic, and Lin-Manuel Miranda’s historical epic was instead released on Disney+. With that, living rooms across the country morphed into tiny theaters and quarantined individuals desperate for entertainment emerged as new fans.

On Wednesday, the musical earned two Golden Globe nominations: one for motion picture — musical or comedy, and the other for best actor — musical or comedy, for Miranda. The project could get a few more nods Thursday when the nominees for the Screen Actors Guild Awards are announced.

The hype has left “Hamilton” fans wondering if the filmed musical is eligible for an Oscar. And if not, why?

In anticipation of these questions, the Academy Awards’ rules committee came together to discuss the streamed version of the musical, which is composed of content captured at two live performances at the Richard Rodgers Theatre in New York back in 2016. Citing Rule Two, Section G of the 93rd Academy Awards Rules — which takes pandemic-mandated movie theater closures into account and states that the committee “will evaluate all matters of rules and eligibility” — its members determined that “Hamilton” does not qualify, as the Hollywood Reporter reported last month.

But unlike the Academy of Motion Picture Arts and Sciences, which governs the Oscars, other organizations do not have restrictions against filmed theater. As a result, “Hamilton” was eligible for the Golden Globes.

Meanwhile, the SAG Awards is treating “Hamilton” as a TV movie rather than a film. The actors guild recognizes “outstanding performances” by male and female actors — but it does not distinguish between leading and supporting roles. This means that Miranda could be in competition with his castmates, including Leslie Odom Jr., who originated the role of Aaron Burr, and Anthony Ramos, who has dual roles in “Hamilton” and stars in the upcoming film of Miranda’s stage musical “In the Heights.” The same goes for the actresses in the production.

But at a recent Q&A attended by members of SAG’s nominating committee, Miranda underscored how the cast members’ personalities complemented one another onstage and, ultimately, in the filmed version of the musical.

“One of the secrets of the success of our casting and our relationships is that we’re wired very different,” he said. “Leslie has a resting pulse rate of, like, six. And I’m a very neurotic, highstrung guy. ... And I think the audience senses that temperament difference, too.

“When it came to the capture,” Miranda added, “it was really just about dialing in and drawing on that history that we had as performers and friends.”