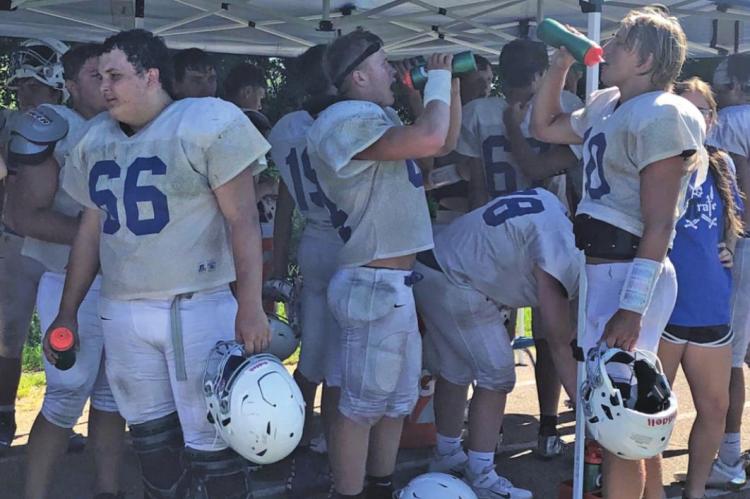 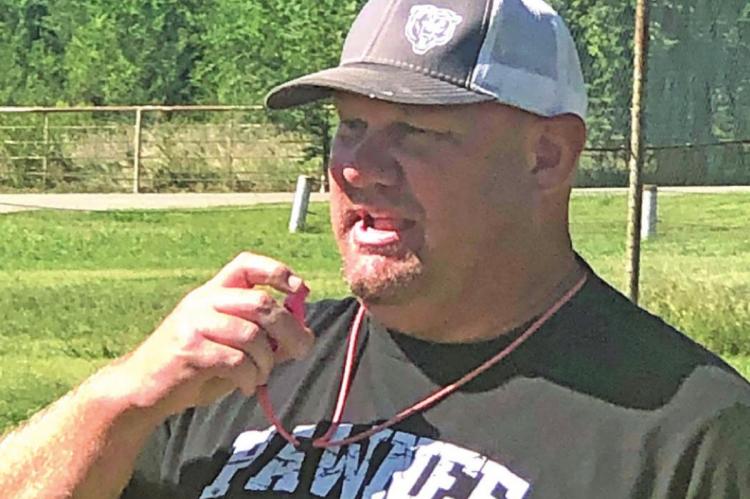 The Woodland Cougars and the Pawnee Black Bears are two football teams shooting for a playoff spot from District A-6. Both teams have a decent shot at achieving that goal.

Senior leadership is a characteristic of this year’s Woodland Cougars team and Coach Casey Goad is expecting that characteristic to be an important factor in the upcoming season.

The Cougars have their eyes set on reaching the playoffs and with district realignment that sent Pawhuska and Tonkawa in different directions, that goal is not unrealistic.

Goad says his offensive unit has the experience to be successful. Leading the way is senior quarterback Nate Lockert, who has good size (6-foot-2, 195 pounds), speed (4.5 seconds) and strength (squats 455). Carrying the ball will be senior tailback Jake Kennedy and senior fullback Ben Brock. Brock will also see duty at tight end. Trey Reese is listed as a receiver as is Mason Dysart. Lucian McKinney is another tight end. Among those on the offensive line are Gunnar Gates at center, Luke Fisher at guard and Jacob Brackett at tackle.

Woodland has a proud tradition that dates back to the years before consolidation when the Fairfax Red Devils were winning state championships. Goad is a former member of Woodland teams that annually were in the hunt for district and state prominence. He understands that tradition.

“We have been preaching gang tackling and playing ‘physical’” Goad said. “Woodland has been known for its traditionally physical play and our team is buying in.”

District A-6 includes some of Woodland’s old rivals, such as Pawnee, Morrison and Hominy. New this year are Chelsea, Caney Valley and Chouteau-Mazie.

Looking at how this year’s district will stack up, Goad picks Pawnee as the favorite.

“But no telling. Morrison and Hominy will be good as usual. I think we can at least get the fourth spot.”

Woodland is scheduled to open its season Sept 4 at home against Oklahoma Union.

The Pawnee Black Bears went all the way to the Class A semifinal round in 2019 before losing to eventual state runner-up Cashion. Coach Russell Cook and his Bears are poised for another good season.

The Bears finished the regular season unbeaten last year. They know that won’t happen this year since they suffered a 35-14 defeat Friday to Washington in the Zero Week season opener.

Cook lost some top players off of last year’s squad, but he has a decent corps of players returning.

“Our skill kids are pretty good,” he said.

While offense is strong, the defensive unit may take a week or two to get up to speed. On defense Cook has to replace seven starters from a year ago.

“We may struggle at the beginning of the season. But they will get better as we go along,” the coach said.

The Bears like to run the football and will do so as much as possible.

“We like the running game,” Cook said. “We want to establish it, but then we will pass when we need to.”

The Bears district competition is not as strenuous as it was last year.

Pawhuska, which is expected to be in the hunt for this year’s state title, and perennially tough Tonkawa have departed. New are Caney Valley, Chouteau-Mazie and Chelsea.

“Our first goal is to qualify for the playoffs,” Cook said. Morrison and Hominy are always going to be tough. I think we should be somewhere in the mix.”

Friday, Trevor Mitchell scored the first touchdown late in the first quarter against Washington to give the Bears a 7-0 lead. But then the tide turned and Washington scored five of the next six touchdowns. Pawnee’s next game will be Friday at Mooreland.