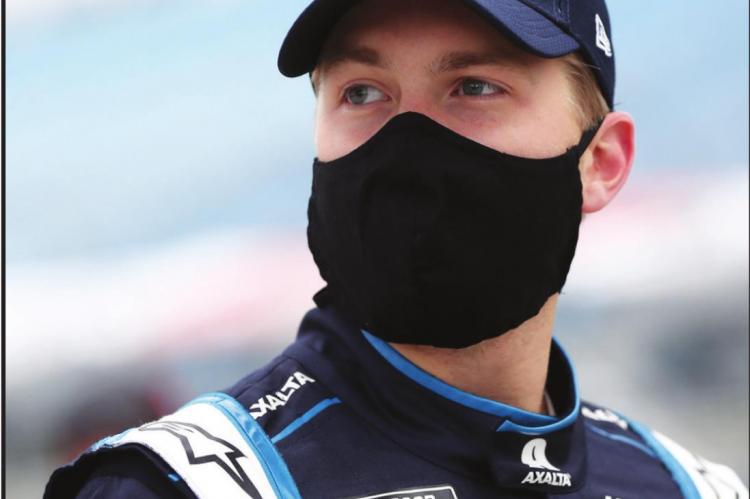 In NASCAR, there is no question who “won” the pandemic hiatus: It was William Byron.

When the Cup Series ceased running in March as part of the effort to contain the coronavirus, the racers moved their competition from the real world to the virtual one.

As Byron prepares to drive the actual Hendrick Motorsports No. 24 Chevrolet at Kentucky Speedway on Sunday in the 10th renewal of the Quaker State 400 Presented by Wal-Mart, his 2020 yields a fascinating question:

Can being the most-accomplished internet-simulation racer in NASCAR translate to real-world success at stockcar racing’s highest level?

Virtual racing and the real thing are “very similar,” Byron says. “I use (virtual racing) quite often to kind of give me the feel of what it’s going to be like when I get in the (actual) race car and get to racing.”

Since NASCAR resumed real racing May 17, it has been running races with no practice and no qualifying to help mitigate against the spread of COVID-19.

That reality, Byron says, has made simulated racing vital as a substitute form of preparation. “With no practice going on right now, it is even more critical to have that ‘feel’ for a track,” Byron said. “(iRacing) is a great tool for that.”

Byron’s mastery as a youth of iRacing is sometimes cited as the impetus for his rapid climb to NASCAR’s highest level. That, the driver says, is an exaggeration.

It is true that, in 2011 and 2012, Byron won a whopping 104 iRacing events. But before Byron got his shot in NASCAR, he established his real-world driving credibility by racing Legends cars (smaller vehicles with body styles from the 1930s and ‘40s).

“For me, iRacing was an avenue to learn and start out and improve my racing craft and abilities,” Byron says. “I would not say it was entirely the reason for why I got going and was successful in the real race car.”

Once the Charlotte, N.C., native got his foot in NAS-CAR’s door, his career arc lifted off like a rocket.

The following year, Byron won seven races in what is now known as the Gander RV & Outdoors Truck Series.

At 19, Byron won four times in the Xfinity Series and claimed the season championship.

In 2018, at 20, Byron not only assumed a full-time ride in the NASCAR Cup Series, he did so for iconic car owner Rick Hendrick.

Before the 2018 season, he assumed the No. 5 car that had been driven by Kasey Kahne. When Hendrick switched Chase Elliott’s car number from 24 to 9, Byron then inherited the number 24 long identified with Jeff Gordon.

During his rookie season in the Cup Series, Byron worked with crew chief Darian Grubb. The duo produced four top-10 finishes in 36 races.

After that season, Byron benefited by the dissolution of the historic partnership between crew chief Chad Knaus and driving star Jimmie Johnson. With the No. 48 car, that pairing had combined to win seven Cup Series championships.

With Knaus atop Byron’s pit box in 2019, the driver’s results immediately improved. The No. 24 team had five top fives, 13 top 10s and won five poles last year. Byron made the Cup Series playoffs for the first time and finished 11th in the final points standings.