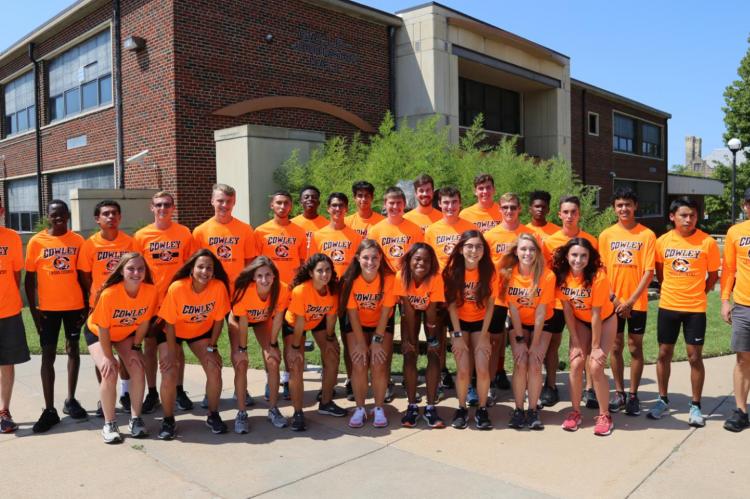 A year removed from placing eighth at the NJCAA Division I National Cross Country Championship, the Cowley College women’s cross country team has its sights on a national title after making the move to NJCAA Division II competition.

Zinara Lesley also returns after competing at nationals as a freshman, while Megan Reynolds can be a wild card for the team if she can stay healthy after an injury plagued freshman season.

“Those three know what to expect and are each very talented,” Cowley head coach Cameron Rieth said.

Abby White, a transfer from Cloud County, rounds out the sophomores on the roster. She has a skill set that could potentially help the Tigers in many ways on the track and in cross country.

Sierra Saenz, Emily Flores, and Karissa Glover are talented freshmen, while other freshmen on the team are Karstyn Nolan, Paula Viciano from Spain, and Delicia Boothe from the Bahamas.

“The potential is there, we see the talent every day. As long as they buy in we will see good things from them.”

With only 10 athletes on the roster, the team will need to stay healthy. So far, Rieth has liked what he has seen from the squad.

“They are fun to be around. We have a group of people that want to work,” Rieth said. “Everybody is trying to do their part, contribute to the team and see where this goes. It makes it hard not to get excited.”

The Lady Tigers will open the season Friday, September 4 at the Terry Masterson Twilight held at Hutchinson Community College.

“The goal is to be in the mix,” Rieth said. “We want to repeat the work ethic it takes to get to nationals and be the best versions of ourselves that we can be.”