Remembering the “game of the century” 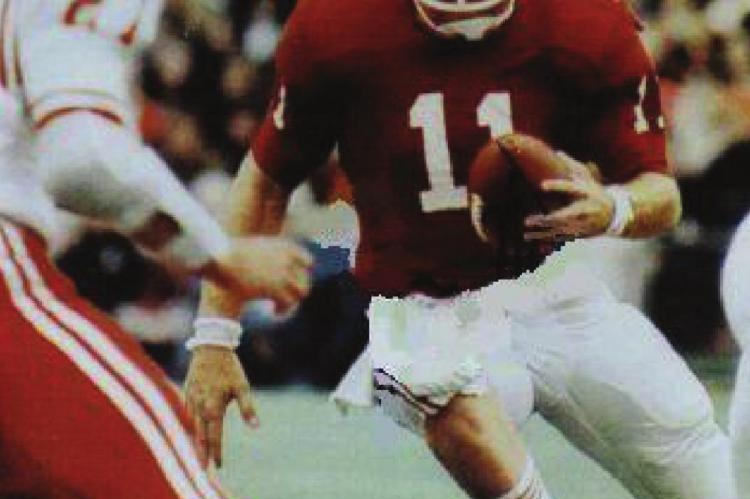 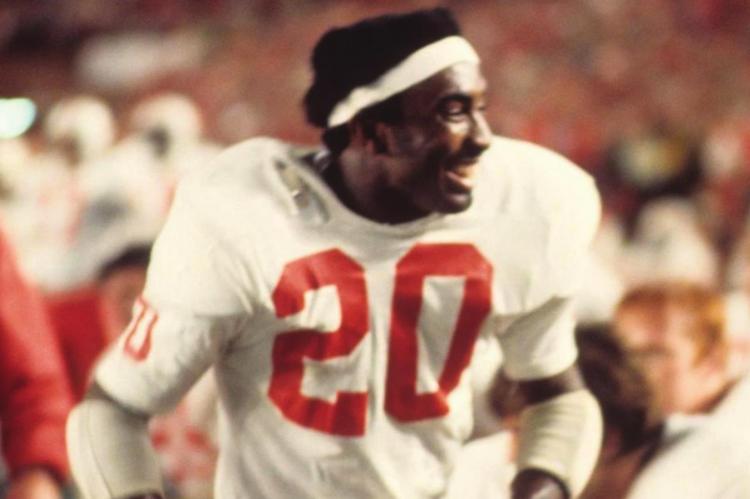 During the past week I read an opinion piece quoting former Ohio State coach Urban Meyer really badmouthing Big 12 football programs. Meyer basically said the Big 12 fields inferior teams in football and can’t hold a candle to teams in other conferences--specifically the SEC (of course), Big 10 and ACC. Meyer says the reason for this deficiency in the Big 12 is that its teams have poor defensive units and can’t stop the offensive production of teams from the other conferences.

Meyer cites as the reason for all this has to do with high school football players who excel in defense don’t want to play for Big 12 teams. They feel playing for a Big 10 or SEC team is a clearer path to a successful NFL career.

Meyer’s statement made me see red. I have never been fond of Mr. Meyer over the years, because he seems to always be belittling any success Big 12 teams may have achieved. He is one voice in a loud chorus that continuously sings the praises of the Big 10 and SEC, primarily the latter. I have to admit to some provincialism as I have always felt the Midwestern part of the football map tends to be overlooked. After analyzing the content of Meyer’s assertions, I have to admit, defenses in the Big 12 have been fairly weak in recent years. Despite my dislike for the man and his message, he might have a valid point.

Anyway, I drew comfort in thinking back to when the Big Eight Conference (pre-Big 12 days) was the undisputed kingpin conference in the college football world. There was a season (1971) when the Big 8 had the top three ranked teams in the nation. Nebraska finished ranking No. 1 with a 13-0 record, Oklahoma was No. 2 with an 11-1 record and Colorado was No. 3 with a 10-2 mark. OU’s only loss that year was to Nebraska and Colorado’s only losses were to Oklahoma and Nebraska.

I lived in Illinois at that time, in the heart of Big 10 country, and was somewhat separated by distance from what was going on in the Big 8. But I followed the activity the best I could with the resources we had at our disposal in such a primitive world.

Almost everyone remembers the “game of the century” played that season between Nebraska and Oklahoma. I was in an easy chair in my den to watch the game, which had lots of pregame hype. Nebraska was billed as one of the best defensive teams ever assembled and Oklahoma with its powerful wishbone was an intimidating force on offense.

Nebraska’s defense had such stalwarts as tackle Larry Jacobson, middle guard Rich Glover, defensive end Willie Harper and future All-American John Dutton somewhere in the lineup. The Nebraska defense was so dominant that it had seven first-team Big 8 selections and four who would gain consensus All-American status.

Jack Mildren was the Oklahoma quarterback and he ran the wishbone quite capably. Greg Pruitt was a running back and Jon Harrison was an outstanding tight end. Future College Hall-of-Famer Ton Brahaney was the anchor at center. (I have to admit that I didn’t remember all these names. Some came to mind after consulting my favorite search engine).

But Nebraska wasn’t without offensive power and OU wasn’t a slouch on defense. Johnny Rodgers was an outstanding running back for the Cornhuskers and Jeff Kinney was another above average back. Jerry Tagge was the Nebraska quarterback. Derland Moore, a future All-American tackle, led the Sooner defense.

Early in the game, Rodgers did what he did best in returning an OU punt 73 yards for a touchdown to give Nebraska a 7-0 lead. Oklahoma added a field goal later and the first quarter ended with the score 7-3. Early in the second quarter Kinney scored for the Cornhuskers but later in the period Mildren scored for OU to make the score 14-10. With 28 seconds left in the half, Mildren passed to Harrison for a touchdown and the kick made the score 17-14. The Sooners led at halftime.

In the third quarter, Kinney scored two touchdowns on short runs and Nebraska spurted out to a 28-17 lead. But the Cornhusker lead narrowed as Mildren scored with 28 seconds left in the third period to make the score 28-24. Midway in the fourth quarter, Oklahoma fans were cheering as Harrison caught another touchdown pass which with the PAT gave the Sooners a 31-28 lead. Kinney scored his fourth touchdown of the game late and Nebraska had the points it needed for a 35-31 victory.

I don’t know if it was the “Game of the Century” but it certainly was one of the best games I ever watched, especially on television. I am a restless football game watcher on the tube and rarely watch a game from start to finish. I did that one even though I disliked the final score. The game was intensely played with a lot on the line, so it was remarkable that there was only one penalty called throughout. Nebraska was assessed five yards for an illegal procedure violation. That was it.

The Big Eight championship was on the line, but also the No. 1 ranking nationally was at stake. Nebraska was No. 1 and Oklahoma was No. 2. I remember reading that Nebraska coach Bob Devaney had his players’ food flown in from Nebraska to avoid the possibility that a Norman hotel chef would put something in the Cornhuskers food to induce food poisoning.

I didn’t remember how the rest of the season had gone for Oklahoma and Nebraska besides the big game, so I had to look it up. OU started the season with a 30-0 win over TCU. That was followed by a 55-29 victory over Pittsburgh, a 33-20 win over Southern California, a 48-27 win over Texas, a 45-17 win over Colorado, a 75-28 win over Kansas State, a 39-7 win over Iowa State, a 20-3 win over Missouri, and a 56-10 victory over Kansas. The Sooners bounced back after the loss to Nebraska to defeat Oklahoma State 58-14 in a game played in Stillwater.

The OU-Nebraska game set up a No. 1 vs. No. 2 game between the Cornhuskers and Alabama in the Orange Bowl. No. 3 Oklahoma was to play No. 5 Auburn in the Sugar Bowl. Colorado was ranked No. 7 and went to the Bluebonnet Bowl to play 15th ranked Houston. The Nebraska-Alabama game was won easily by Nebraska (38-6) and Oklahoma beat up on Auburn 40-22. Colorado defeated Houston 29-17 and due to the results in other bowl games the poll voters named Nebraska No. 1, Oklahoma No. 2 and Colorado No. 3.

Big 8 fans, especially those like me who were surrounded by Big 10 football nonsense, were ecstatic about the final rankings that year. It was one of the best football seasons ever. It even surpassed the 1988 basketball season when Big 8 teams Kansas and Oklahoma played for the National Championship and that is saying a mouthful.