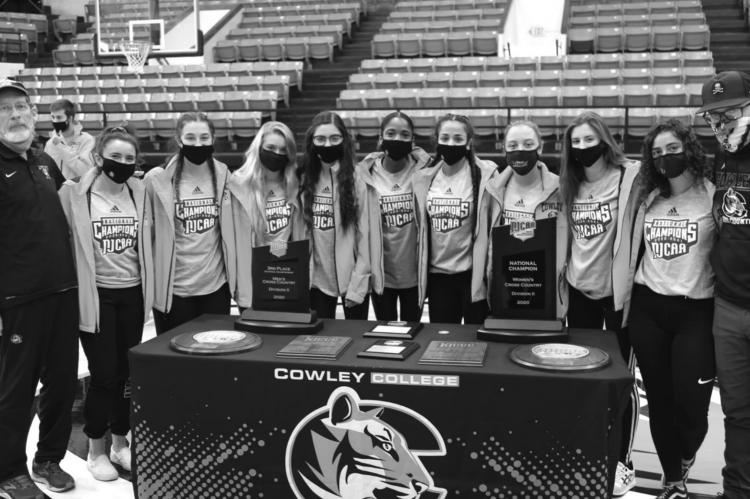 “Many people dream of winning a national championship, very few have the opportunity to even try, so this is a great day for Cowley,” Cowley College athletic director Shane Larson said.

The Lady Tigers were led by their incredible sophomore Lubna Suied, who finished as the program’s firstever individual national champion. The win capped an amazing season for Suied as she placed first in five of six races on the season.

“Her overall dedication and commitment to the program made her accomplishments seem like not really much of a surprise to me,” Cowley head coach Cameron Rieth said. “She ran a really smart, tactical race. She runs with her heart and had a tremendous season.”

“They were all willing to step up to the challenge and were major contributors to what we were able to accomplish,” Rieth said.

“I am so proud of this team, I can’t say enough about what they accomplished,” Rieth said. “It is a dang good day to be a Tiger!”

With Covid-19 making for a strange cross country season, Rieth was proud of the way his team stood up to the challenge.

“We did not know if we would be able to get through the season with everything going on outside the program, so it was just a blessing to be able to compete,” Rieth said.