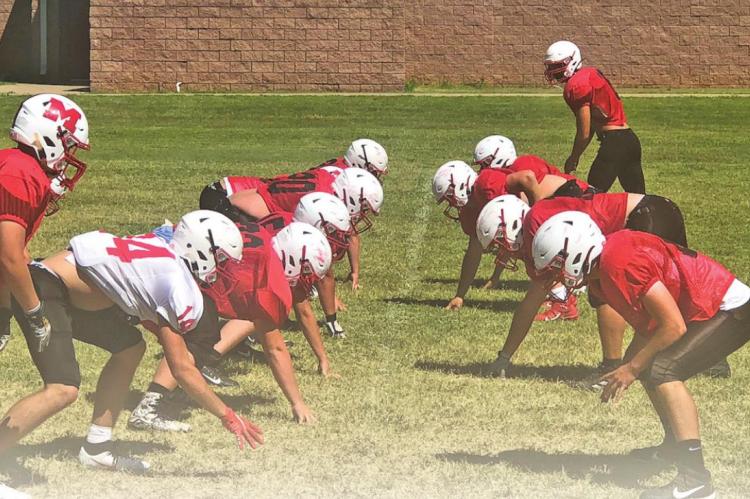 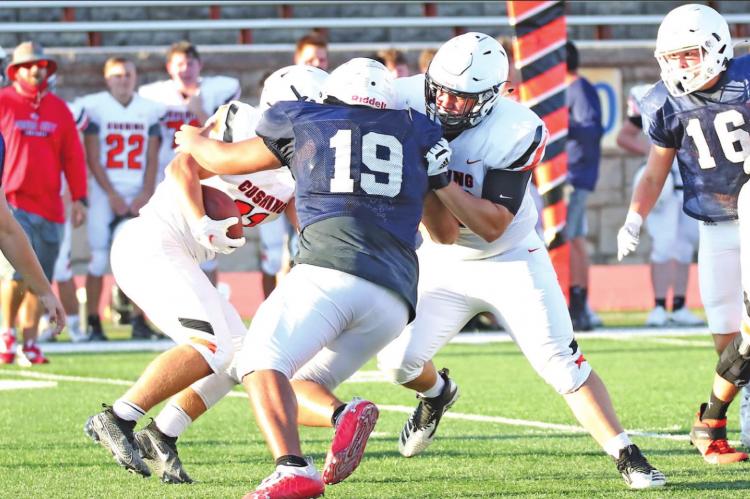 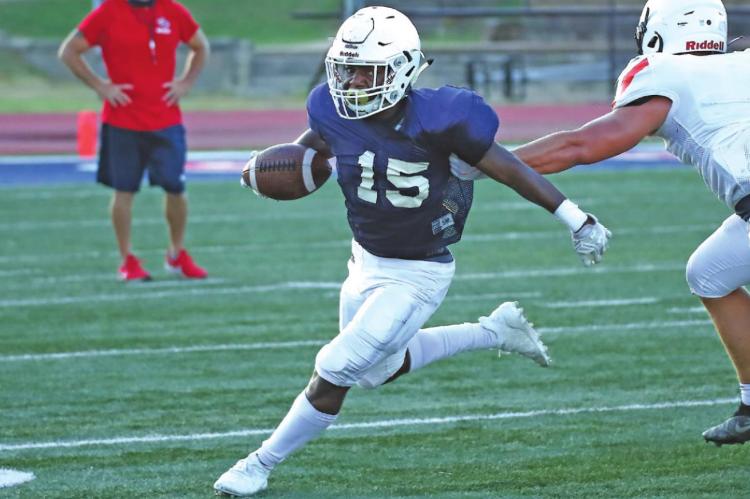 The Morrison Wildcats start almost every season with expectations to do well--and they almost always do.

Things are pretty much the same this season as Coach Cory Bales discusses his team’s prospects.

“I think we have a chance to be pretty darn good,” Bales said when asked what his team will be like.

One of the contributing factors to his optimism is the return of quarterback Gage Williams. Williams went down with a season-ending injury in the first game of the season in 2019. When he was injured he had already piled up 244 yards and three touchdowns. Williams is ready to go this season and looks like he has returned to that kind of form

He also likes his ball carriers, so very important to the Morrison Wing-T attack. Scotty Flanagan will be the fullback and Tyler Voss will be at running back. “(Voss) will be our go-to guy in our Wing T,” Bales said.

The veteran coach also likes a three-some he has as receivers--Jared Harmon, Eli Johnson and Rowdee Cooper. “They are tall receivers and give us help in those high pass or jump-ball situations that sometimes come up.”

Defensively, Bales thinks his team is “really solid.” A lot of the same names pop up on the defensive unit. Harmon, Williams and Rocky Woods will play in the defensive secondary. Voss, Johnson and Flanagan will be at linebacker positions Doug Harshbarger, who plays tight end on offense is a three-year starter at defensive end. Weston Sypert will be the defensive down player.

Another point of optimism is that the Wildcats’ district got somewhat easier when Tonkawa and Pawhuska went in different directions. Tonkawa is in a district of teams to the west and Pawhuska moved to the north. “I wasn’t sorry to see Tonkawa and Pawhuska move out,” Bales noted. But some tough teams remain, notably Pawnee, which went to the Class A semis last season, Hominy and Woodland. New teams will be Chouteau-Mazie, Chelsea and Caney Valley.